Bajaj Festival of Speed to pulse across metros

Festival to host races, activities for bikers along with the first-ever Pulsar Cup. 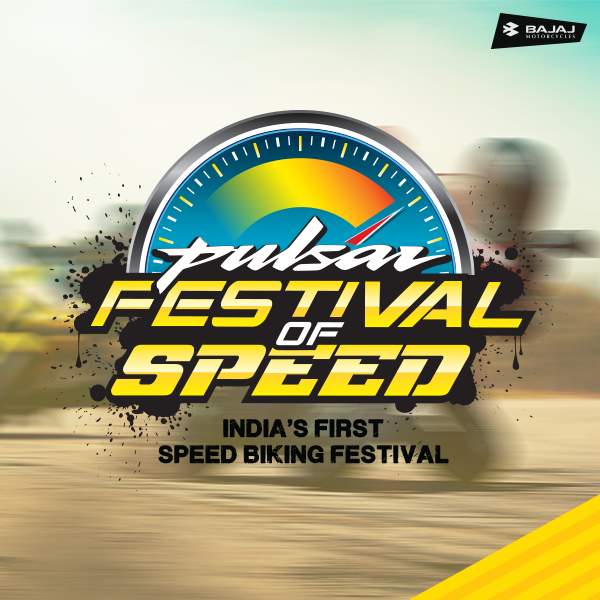 While Bajaj is considered to be the number one sportsbike-maker in the country, thanks to the success of its Pulsar series of motorcycles, the Pune-based company has never really ventured into the arena of motorsport on any level. For the last couple of years, Bajaj has seemed to have left this arena to its Austrian partner KTM, which has been enjoying huge popularity for its 'Orange Day' races that have been organised across the country. But it seems all that is on the cusp of a change with Bajaj launching 'Festival of Speed', which the company calls 'India’s first speed biking festival'.
Starting from the March 5 this year, the festival includes some 42 races across six cities open to all customers who own Pulsars with engine capacities of 200cc and above. Apart from track racing, the festival also includes other fun activities like a stunt show by the renowned Ghost Ryderz stunt group, dirt racing, bicycle racing, skateboarding, music concerts, eating and drinking joints as well as gear and accessory shops.
But more interestingly, the company has a special race planned for its RS200 customers. After picking six winners from each city, they will be taken to Madras Motor Race Track (MMRT) in Chennai where they will be trained by professionals in the fine art of track racing. These top 36 will then participate in the first Pulsar Cup that’ll take place on MMRT on April 16, 2016; the winner of which will not only be crowned the first ever Pulsar Cup Champion, but will also win Rs one lakh in prize money. And all while the company bears the cost of travel, stay and training for these top 36 participants.
Speaking about the Festival of Speed, Sumeet Narang, VP marketing, Bajaj Auto said, “Pulsar is the market leader in sports segment and it’s our endeavour to evolve the landscape and keep raising the bar of customer engagement”. The company stated that it was looking to physically engage some 40,000 bikers and motorcycle enthusiasts across the country with this event. With companies like Honda, Suzuki and till recently, Yamaha, the only ones to push two-wheeler motorsport in the country for the last few years, we really hope that Bajaj’s involvement in this area will give Indian motorcycle racing a much needed shot in the arm.
Here’s a list of dates, cities and venues for the Bajaj Festival of Speed for 2016