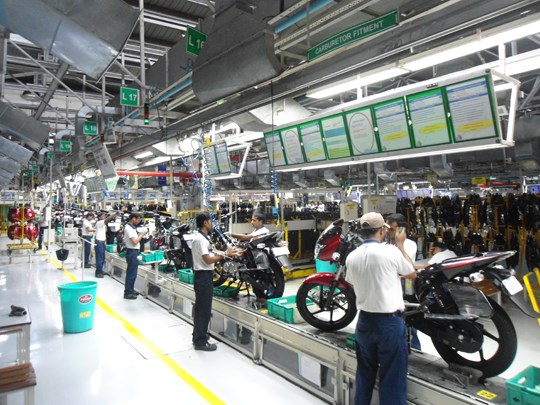 Bajaj Auto is facing a strike at its Chakan factory, where only 200 odd workers are reporting to work out of 1500, due to unmet demands from a demanding labour union. The 300 acre Chakan facility is where Bajaj produces and assembles its heavyweight models, the Pulsars, KTM Dukes and Kawasaki bikes and production has dipped to a third of total capacity. While the factory and Bajaj dealers together hold Pulsar inventories to last 4-6 weeks, a few more days of strike could hit sales.

Bajaj has put production for KTM bikes on priority, this including the 125 Duke (exported from India), 200 Duke and newborn 390 Duke. While Bajaj has commenced small scale production of the Pulsar at Aurangabad, making up a Chakan production shortfall for KTM and Kawasaki could prove difficult. Expect 390 Duke deliveries to stay unaffected if production resumes normalcy soon at Chakan, but buyer’s could face extended waiting period if the Chakan strike isn’t quickly resolved.