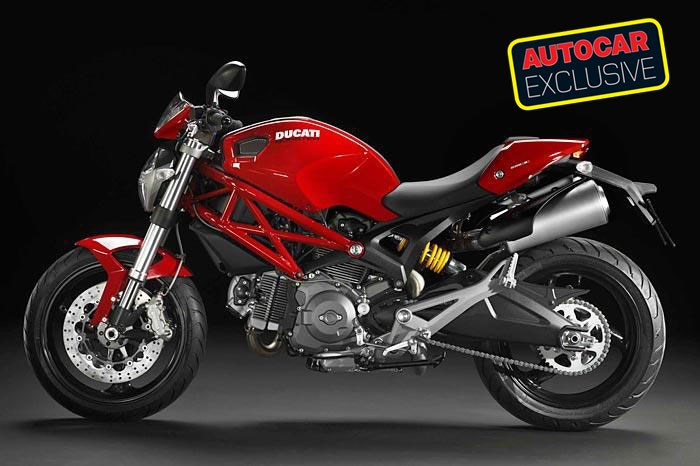 Ducati’s first serious bid to tap into the booming Indian market is to happen this month itself, with launch of an affordable new Monster, the world’s best-known naked motorcycle.

Dubbed the 795, this new Monster will be priced significantly lower than the Monster 796, which is already available in India. As suggested by the name, the 795 retains all the 796’s Monster DNA, tweaked to play its new role, so bringing the brand within closer reach of Indian power bikers.

The 795 will benefit from lower import duties for being assembled at Ducati’s new Thailand plant that goes live shortly. However, don’t think of this as a cheap Ducati, for the 795 will retain complete Ducati quality standards in terms of design, engineering and performance.

The Thailand facility will be a Ducati assembly station, with motorcycles assembled here being designed and engineered in Italy, with every engine brought in from the Borgo Panigale factory, Bologna. Assembly of motorcycles in Thailand will be entrusted to Ducati-trained technicians and subject to the highest quality standards, with use of a majority of European components.

The L-twin, air-cooled and twin-valve engine is expected to sport shortstroke dimensions, a Desmodromic valve train, and perhaps lower power output than the 87bhp currently offered by the 796. Although torque and engine character will remain strong, we do hope Ducati is able to gear the new bike to suit our region – the 796 suffers tall gear ratios that make it less than ideal to ride in Indian conditions. Expect a trellis frame with a dual-side swingarm on the Monster 795 instead of the 796’s single-side swingarm.

The Monster 795 is rumoured to be unveiled alongside the Malaysian MotoGP, October 20-21, a fitting venue for this Asian market model. We speculate 795 pricing for India will slot in somewhere close to Rs 5 lakh when it reaches India by early 2012. While Ducati’s current dealer network is inadequate for our large country, the company does plan to add four new dealers within 2011, taking its total dealer strength to seven, with more in the pipeline.

The day Indian Ducatisti has been saving for is here. Watch this space for more.