Honda, MG and Nissan are the only carmakers to have recorded sales decline. 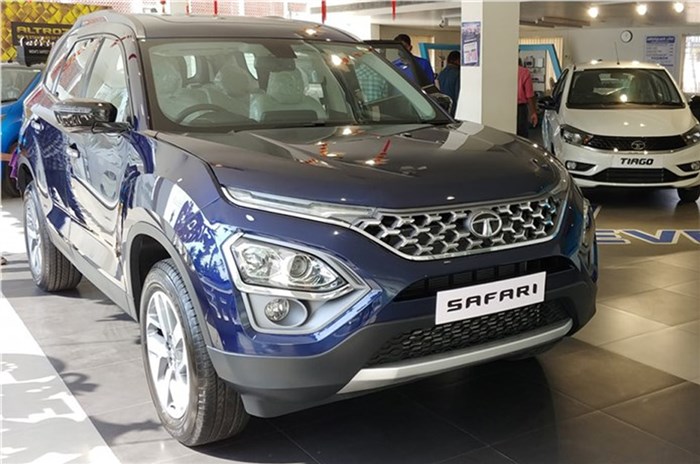 The passenger vehicle market saw a 29 percent year-on-year growth in August 2022, fuelled by the continued easing of the semiconductor crisis, and more importantly, the coming of the festive season. With customers preferring to make new vehicle purchases during this time, carmakers typically keep their dealerships well stocked. The other growth driver, of course, remains the continued surge in demand for SUVs, which now account for nearly 50 percent of the overall passenger vehicle market.

The August 2022 sales figures, announced by 10 carmakers, account for a total of 3,17,072 units, compared to 2,46,504 units sold in August 2021. Of these 10, three manufacturers – Honda, MG Motor and Nissan – have reported decline in yearly sales. Here is a detailed look at how the carmakers fared last month.

The company is seeing sales growth for all its vehicles except the Ciaz sedan. Importantly, demand is returning to its entry-level models. The Alto and S-Presso together account for 22,162 units, up 8.31 percent year-on-year. Six of its models, comprising the Baleno, Celerio, Dzire (and Tour S), Ignis, Swift and Wagon R, contributed 71,557 units, which constitutes a 70 percent year-on-year increase. The UVs – new Brezza, Ertiga, S-Cross and XL6 – added another 26,932 units, up 11 percent year-on-year.

Maruti Suzuki India currently has a ‘problem’ of plenty. It has new vehicle bookings, which is up from around 2,80,000 units in Q1 FY2023. Strong customer demand for the new Brezza compact SUV and the midsized Maruti Grand Vitara has increased the backlog by another 1,00,000-odd units. The order backlog also includes CNG variants, which account for 33 percent or around 1,26,000 units.

Hyundai reported despatches of 49,510 units, up 5.6 percent on the year-ago tally of 46,866 units. The Creta continues to be the mainstay for the Korean carmaker, even as the Venue compact SUV delivers the goods. For Hyundai, which is currently the fourth-placed UV maker in India, ramping up production to meet demand is critical. Tarun Garg, director of sales, marketing and service, Hyundai Motor India, said: “With the continuously improving semi-conductor situation, supplies continue to go up.”

As is known, Tata has targeted production and sale of over 5,00,000 passenger vehicless this fiscal. In the first five months of FY2023, it has averaged monthly sales of 44,959 units. If it maintains this growth trajectory, the half-a-million unit sales target should be achievable.

Mahindra, like Tata Motors, has recorded a very strong year-on-year growth last month. The company, which is riding the surging wave of demand for SUVs with several of its products, reported wholesales of 29,852 units, up 87 percent year-on-year compared to 15,973 units in August 2021; 98 percent of these – 29,516 units – comprised SUVs.

According to Veejay Nakra, president, automotive division, Mahindra, "August was a very exciting month across many segments for us. Demand across our portfolio remains strong and is enhanced with launches of the Scorpio N and Scorpio Classic. The supply chain situation continues to remain dynamic for select product lines and we are taking appropriate actions to minimise impact."

Kia recently updated the Seltos with six airbags as standard, making it the first SUV in its segment to do so. The Sonet also recently received a new special edition version, called the Sonet X-Line, which launched with a matte grey paint scheme.

Toyota also recently released a statement announcing a temporary pause in bookings of one of its bestsellers – the Innova Crysta diesel. The statement did not clarify as to when the diesel variant will be back on sale. According to dealers, bookings for the Innova Crysta diesel have been halted due to the semiconductor shortage. It is understood that the company will fulfill all bookings it received until early August 2022 for the diesel variant as per the stipulated time, but future bookings are likely to be delayed by a few months. Considering that the diesel-engined Innova Crysta is one of the company's highest sellers, its growth trajectory this fiscal could be impacted.

Honda sold a total of 7,769 units in August, registering a year-on-year decline of 30 percent compared to the 11,177 units sold in August 2021. This, however, is still an improvement over the 6,784 units sold in July 2022. According to Honda, the chip shortage is continuing to impact its supplies and the carmaker says that it is looking to align production to meet the demand in the shortest time.

Skoda India sold a total of 4,222 units in August 2022, marking a 10 percent year-on-year growth compared to 3,829 units that were sold in August 2021. Unsurprisingly, the Kushaq and the Slavia have been the volume drivers for Skoda.

Skoda recently also announced its sales performance for the first eight months of 2022 in India, which, at 37,568 units, is the highest-ever recorded by the Czech carmaker in the country. It is, in fact, more than what the brand has sold in the entirety of 2021 in India, and its highest since 2012, when it sold 34,678 vehicles. This has also made India the brand’s third largest market globally, after Germany and the Czech Republic.

MG clocked sales of 3,823 units in August and is one of the few carmakers to have witnessed a year-on-year decline – 11 percent compared to the 4,315 units sold in August 2021. Month on month too numbers were down by 4.7 percent. MG continued to cite reasons of supply chain issues which led to production challenges, but said they are working towards augmenting supplies and meeting customer demand – one of which was the introduction of the new trimmed-down Executive variants of select models.

MG recently launched the updated Gloster with a few cosmetic changes and more technology and features. Next in line for MG is the updated Hector, with a 14-inch portrait-style touchscreen. Next year, MG will introduce a compact EV in the Indian market.

Nissan sold 3,283 units in August 2022, registering a 10 percent decline compared to August 2021 when it sold 3,667 units. The reduced demand can be attributed to the fact that Nissan’s product portfolio consists of only two models – the Magnite and the Kicks – of which only the former brings in decent volume.

While its domestic sales have seen a decline, Nissan is going strong with its exports, having recently exported its one-millionth made-in-India vehicle. In fact, Nissan reported cumulative sales of 8,915 units in August 2022, of which 5,632 units were earmarked for export. Overall cumulative sales were up month-on-month by about 7 percent.