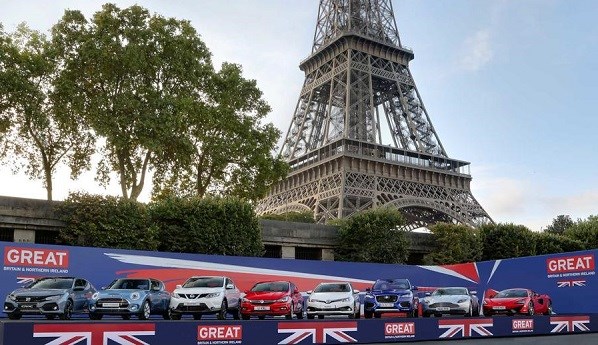 Speaking during an event at the Eiffel Tower, where eight new British cars were displayed on the eve of the Paris motor show to underscore the UK’s recent healthy car export performance, the chief executive of the Society of Motor Manufacturers and Traders, Mike Hawes, warned that the success had come entirely during pre-referendum trading, but that the industry could not depend on the same business environment in future.

“Recent headlines have suggested that Brexit is no problem,” Hawes told an audience of industry leaders that included Minister for International Trade, Mark Garnier. “Even our own figures - 9,00,000 cars exported so far this year - paint a picture of a strong and vibrant industry.

“But these results have come about because around £10 billion(over Rs 86,000 crore) has been invested in our industry over the past five years. It was a huge help with model development and with R&D. And best of all, we were - and still are - in the single market.”

Hawes explained that the industry had become deeply concerned about future conditions since the referendum. There was a danger of investment “leaking away”, he said, because investors were less confident of the future. The SMMT saw “a window” between now and the start of Brexit negotiations early next year to get its message across and intended to take advantage.

The major initiative, said Hawes, was to encourage the government to do everything possible to preserve current trading conditions by staying in the single market. There was a clear distinction between having access to the single market, he said, and actually being in it. “All our advice points one way: you’re either in the single market or you’re not," he added.

The SMMT had looked carefully at deals negotiated by other countries on the fringes of the EU - Norway, Turkey and Switzerland - and found that none would offer the market conditions that had helped to bring the UK its automotive success in the past five years. “It’s imperative that the government remembers this when negotiating,” said Hawes. “It’s the key to everything.”