Honda officially launches a new single-cylinder street naked, the CB300F in the USA. 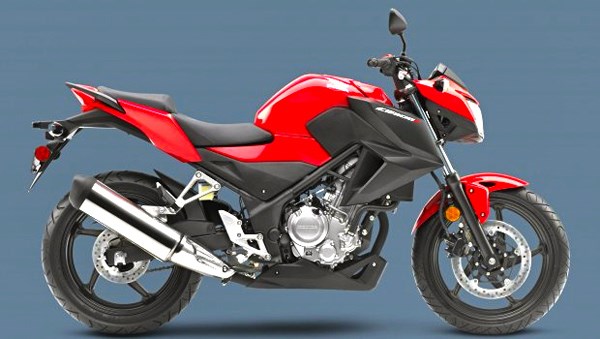 Honda has launched the CB300F in the USA, following the footsteps of its sibling, the CBR300R. The two bikes remain similar in terms of styling and design, apart from the front full-fairing that envelopes the CBR300R. Available only in red, the bike sports a digital instrument-console and flaunts a masculine shroud on either sides of the tank that gives it a beefy look, and partially covers the engine and the radiator.

The CB300F is powered by a four-stroke, 286cc, single-cylinder, liquid-cooled and fuel-injected engine that is mated to a six-speed gearbox.

Being a street naked, the CB300F will make for a more upright and comfortable riding position compared to the CBR300R. Ride quality is kept in check by telescopic front forks and a rear monoshock, while braking duties are managed by a 296mm single disc upfront and a 220mm rear disc brake.

There, however, is no official confirmation whether the CB300F will make it to India or not. We believe that Honda should consider bringing the CB300F here soon, as it would prove to be a very suitable bike for the Indian market.