Toyota, Tata recorded their highest ever sales numbers in July 2022

Carmakers are in a much better state than they were last year with an improvement in chip supplies. 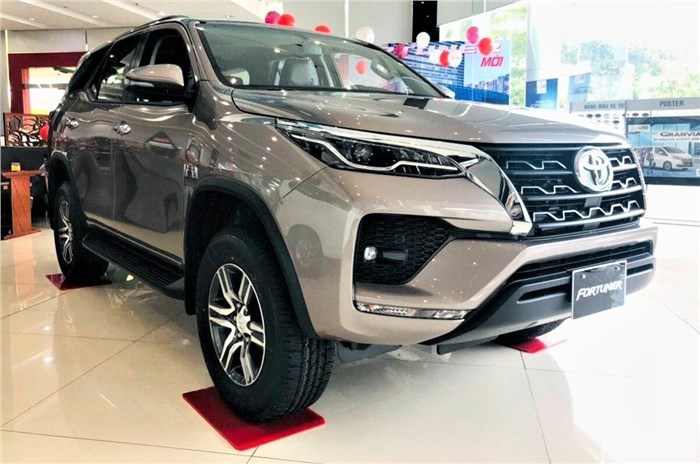 With the semiconductor crisis slowly waning, most manufacturers have been able to ramp up production and are in a much better state than they were last year. Toyota and Tata, both recorded their highest-ever monthly sales, while Mahindra, Kia and Skoda recorded healthy growth rates. However, not all brands posted positive sales figures, with Renault and MG seeing a dip.

India’s largest carmaker sold a total of 1,42,850 units, marking a near-7 percent yearly growth compared to 1,33,732 units sold in July 2021. However, Maruti Suzuki said that the semiconductor shortage had a minor impact on its production, especially on models manufactured for sale in India.

Sales of the Brezza, Ertiga, S-Cross and XL6 declined 28 percent to 23,272 units, compared to 32,272 units sold a year ago. Maruti Suzuki introduced the second-generation Brezza on June 30, so this slowdown could be temporary as it transitions to a new model and increases production.

Maruti Suzuki also revealed the Grand Vitara midsize SUV recently and is set to launch it in the coming weeks after the price reveal of Toyota's Urban Cruiser Hyryder. On August 18, Maruti Suzuki will also launch the new-generation Alto hatchback. One of the bestselling cars in India, the new Alto will be based on the Heartect platform and come with the option of a 0.8-litre or a 1.0-litre engine. Next year, most likely at the Delhi Auto Expo, Maruti Suzuki will launch the five-door version of the much anticipated Jimny in the Indian market.

Hyundai followed Maruti Suzuki in July, with 50,500 units sold, registering a 5.1 percent yearly growth. Hyundai’s midsize SUV, the Creta, is in high demand and represents the majority of the company’s 1,30,000 pending orders as of July 13. The high demand means that the Creta currently has a waiting period of up to nine months in some cities, depending on the variant. Hyundai recently introduced the facelift for the Venue, while earlier in May 2022, the pre-facelift model drove past the three-lakh milestone.

Tata Motors recorded its highest-ever monthly sales of 47,505 units, registering a significant yearly growth of 57 percent. Tata Motors has, in the past, been ahead of its competition, in terms of navigating the chip shortage, and the July performance is a testament to the company’s sourcing strengths.

SUV sales constituted more than 64 percent of the company’s total July 2022 numbers, with the Tata Punch being the bestseller, at 11,007 units. The two CNG models – Tiago and Tigor i-CNG – combined also recorded the highest sales figures, with 5,293 units sold.

With 24,238 units sold, Mahindra also recorded a healthy 38 percent growth compared to July 2021. However, Mahindra is dealing with a huge order backlog of 1,43,000 units, as of July 1, with the XUV700 having more than 80,000 open bookings and a waiting period of almost 24 months in some cities. Mahindra also received a record 1 lakh bookings for the Scorpio N merely 30 minutes after they were open for bookings on July 30.

Kia India also saw a strong yearly growth of 47 percent, with 22,022 units sold. The Seltos continued to be the most popular model, with 8,542 unit sales, followed by the Sonet compact SUV, with 7,215 units. The three-row Carens also clocked robust numbers and recorded sales of 5,978 units in July 2022. The Sonet recently surpassed the 1.50 lakh-unit sales mark in India. Speaking about the monthly sales, Harpreet Singh Brar, SVP and head of sales and marketing, Kia India, said, “So far, we are outpacing the industry, with cumulative growth of 28.4 percent over 2021, which is much higher than the industry average of 16 percent. With the upcoming festive season, we shall strive to improve supplies to give faster deliveries to our customers.”

Toyota registered a 50 percent yearly increase in July sales volumes with 19,693 units sold. The July figures are the highest-ever for the company since its India operations began in 1999. Toyota says that the Innova Crysta and the Fortuner remained its strong sellers but the carmaker is also getting a good response for the Glanza, the Urban Cruiser and even for its more premium offerings like the Camry and the Vellfire.

Renault India slipped in July numbers by 27 percent compared to last year, as it recorded 7,128 unit sales. The lack of a CNG option in the budget category of cars could be a reason for the reduced sales, especially at a time when fuel prices are fluctuating. However, July also brought a new milestone for the carmaker when its Triber MPV crossed the 1 lakh-unit sales milestone in just 30 months of coming to our market. Renault also hit the production milestone of 50,000 units with the Kiger. To mark the occassion it introduced a refreshed Kiger with minor cosmetic updates and more equipment.

Honda sold a total of 6,784 units in July, registering a yearly growth of 12 percent. According to Honda, the chip shortage is continuing to impact its supplies and the carmaker says that it is looking to align production to meet the demand in the shortest time.

Yuichi Murata, director, marketing and sales, said, “As we approach the festive season, we hope that the demand will continue to stay strong, and bring in the much-needed festive cheer for the industry after the challenging situation last year.”

The new Slavia and the Kushaq have turned the tables around for Skoda. The carmaker sold 4,447 units last month, recording a 44 percent yearly increase. Skoda says that despite July being a slow month, where new purchases are kept on hold on account of the monsoons and pushed to the nearing festive season, the robust demand saw it gather strong numbers. “We are on track to achieve our best-ever annual sales in the two-decade history of the brand Skoda in India,” said Zac Hollis, brand director.

MG sold 4,013 units in July, registering a yearly decline of 5 percent. The carmaker said that it is working towards augmenting its supplies and meeting customer demand. In May 2022, MG crossed the 1 lakh-unit sales milestone, and also recently teased the updated Hector with a 14-inch portrait-style touchscreen. Next year, MG will introduce a compact EV in the Indian market.

Nissan sold 3,667 units in July 2022, registering a 14 percent decline compared to July 2021. The reduced demand could be attributed to the fact that Nissan’s product portfolio consists of only two models – the Magnite and the Kicks. Earlier this year, Nissan axed the slow-selling Datsun brand from India. While its domestic sales have seen a decline, Nissan is going strong with its exports, having recently exported its one-millionth made-in-India vehicle.

Volkswagen recorded a healthy 49 percent growth rate, with 2,915 units sold. The Taigun SUV and the new Virtus sedan seem to be driving the growth of the German brand. For its future models in India, Volkswagen is eyeing electrification and is set to introduce the ID.4 as a CBU in the Indian market.

Stellantis India, which consists of Jeep and Citroen, recorded monthly sales of 1,725 units, registering a 78 percent growth. While Citroen recently launched the C3 in India as its first mass-market product, Jeep expanded its portfolio with the Meridian SUV in May this year.

Force Motors registered a sharp drop, with just 210 units sold in July. Force Motors currently sells the Mahindra Thar-rivalling Gurkha, which only comes with a diesel engine paired to a manual transmission. Force is readying a five-door version of the Gurkha, which was recently spied in near-production guise.