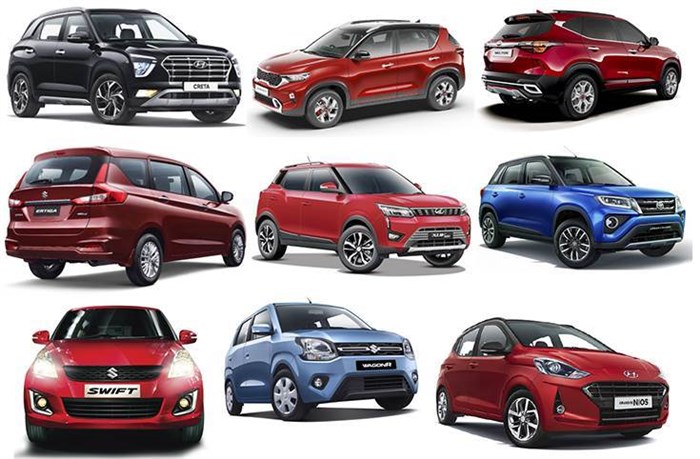 The Indian passenger vehicle (PV) market has seemingly been rather quick in responding positively to the disruption caused by the COVID-19 pandemic. There was ample proof of the beginning of a sales recovery during the festive months of September and October, which recorded healthy double-digit growth, 35 percent and 15 percent, respectively. However there have been doubts about demand sustaining after the festive season and if November sales results of OEMs are anything to go by, these concerns are turning out to be valid.

The trend can easily be gauged from industry bellwether Maruti Suzuki’s numbers, which despatched 135,775 units last month – a decline of 2.4 percent. While other manufacturers have reported reasonable gains too, it is also on the back of excitement created by some newly-launched models as in the case of Hyundai, Kia and Mahindra, but, for the predominant part of the industry, the situation is still unclear whether the volumes are here to be sustained over the long term.

Let’s have a closer look at manufacturer-wise sales numbers for November 2020:

On the other hand, the pack of compact cars which includes the Wagon R, Swift, Baleno, Ignis, Dzire, Celerio and Tour S also reported a negative growth of 2 percent year-on-year with total sales touching 76,630 units (78,013). The same cars achieved sales of 95,067 units in the previous month of October 2020.

In contrast to Maruti Suzuki, Hyundai reported a 9.4 percent uptick owing to festive demand with total domestic despatches of 48,800 units (44,600 units in Nov ’19).

While the carmaker launched the new Hyundai i20 on November 5, the major sales pull is coming from the second-generation Creta SUV, which is having a dream run in the Indian market, having garnered over 115,000 bookings since launch in March.

Commenting on the performance, Tarun Garg, director, Sales, Marketing and Service, Hyundai Motor India, said, “Building on the strong sales momentum that was driven by festive demand this year, we continue to build high customer excitement through the line-up.”

The star of the show in the sales tally is homegrown carmaker Tata Motors, which registered a significant uptick of over 100 percent with total sales scaling to 21,641 units (November 2019: 10,400).

A renewed demand for its Nexon SUV, as well as the 2020 Tata Harrier flagship SUV which is now also offered with an automatic gearbox, has led to Tata Motors witnessing this strong surge in market demand, notwithstanding the fact that even entry-level cars like the Tiago and Altroz premium hatchback are wooing customers with their top-safety marks achieved in crash tests conducted by Global NCAP.

The Korean carmaker too has only good news to share about its sales performance for November. The company despatched a total of 21,022 units, registering a 50 percent year-on-year uptick (November 2019: 14,005).

The new Kia Sonet compact SUV has been leading the charge for Kia with sales of 11,417 units, also making it the top-selling compact SUV in the month. The remaining volumes predominantly include the bigger Kia Seltos, which garnered volumes of 9,205 units.

Commenting on the sales performance, Kookhyun Shim, managing director and CEO, Kia Motors India said, “I am delighted to witness the wide acceptance we have received in India for our vehicles. Since the Covid-19 outbreak, we were quite hopeful about the festive month and the results are overwhelming. Not only urban, but customers from Tier 2, 3 and 4 markets too are acknowledging the need for personal mobility to maintain personal safety.”

Shim added that while uncertainties remained in the market due to the pandemic, consumer sentiment was improving and that the market sentiment could improve as well in the coming months.

UV specialist Mahindra & Mahindra (M&M) too reported an uptick of 24 percent in sales, which culminated at 18,212 units (November 2019: 14,637). The driving factor for M&M has been its pack of UVs, within which the all-new Mahindra Thar has played a key role in reenergising the market even in a damp business environment.

Launched on October 2, the Thar has gone on to receive over 20,000 bookings and is running waiting periods of about six months, prompting M&M to ramp up production by up to 50 percent to cater to the surge in demand. What will further help the Thar’s case is that it has gone on to score a respectable four-star rating in the recent Global NCAP crash tests.

According to Veejay Nakra, chief executive officer, Automotive Division, M&M, “At Mahindra we are happy to achieve strong double digit growth in SUVs during the month of November, aided by a robust festive demand for all our products.  Given strong rural growth and signs of improvement in economic activities, we are hopeful to see this positive momentum continue post the festive season.”

Honda also reported a robust 55 percent uptick in November with despatches of 9,990 units as against 6,459 units in November 2019. The new Honda City is finally finding reasonable traction in the market, followed by Honda’s refreshed portfolio which also offers some added features along with the BS6 engine upgrade.

Speaking on the sales performance, Rajesh Goel, SVP and director, Marketing and Sales, Honda Cars India, “The festive season this year was good for us with sales improving by 55 percent and contributing to overall industry growth.”

“Although there are continuing challenges of pandemic and its impact on overall consumer sentiment, the rise in personal mobility is expected to help us sustain our sales momentum during the rest of fiscal year,” he added.

Instead of the wholesales numbers as reported by other car manufacturers, MG Motor India retailed a total of 4,163 units in the month to register a 28.5 percent uptick (November 2019: 3,239). The sales came primarily on the back of its Hector and Hector Plus twins, which went home to 3,426 buyers. The remaining volumes included 110 units of the MG ZS EV crossover and 627 units of the flagship MG Gloster, which was launched on October 8.

According to Rakesh Sidana, director, Sales, MG Motor India, “Buoyed by continued festive demand and the sustained demand for the Hector and ZS EV alongside the successful launch of the MG Gloster, we have recorded 28.5 percent growth in November 2020 compared to last year. We expect the momentum to continue in December and expect to close this year on a strong note.”

Commenting on the November performance, Naveen Soni, senior vice-president (Sales & Service) TKM said, “The company has been witnessing a gradual yet steady recovery owing to factors such as pent up and festive season demand as well as consolidation of the market at the lower end due to increasing preference for personal mobility amongst customers.”

“In terms of festive season demand and sales, TKM has fared well registering a 10-13 percent increase in customer orders and 12 percent increase in retail sales when compared to the festive period in 2019. However, owing to the illegal strike called upon by the members of TKM union, TKM was forced to declare a lockout at the factory which has impacted our production & wholesale numbers (sales from TKM to dealer),” he added.

With the festive demand now out of the way, it will be interesting to see how the market responds in the coming months, especially in December, which, even in a routine scenario, sees sales being pushed with the help of heavy year-end discounts and customer offers.

According to Nikunj Sanghi, veteran automobile dealer and managing director, JS4Wheel Motor, “The year-end discounting scenario will actually depend on the kind of inventory build-up at dealers. With states like Maharashtra, Gujarat and Tamil Nadu still facing supply chain constraints causing disruptions at component manufactures as well as OEMs, my personal feeling is that it would be lower compared to previous years.”

While the pent-up demand is also speculated to last until the end of the fiscal, sincere efforts from carmakers to excite the market in the form of bringing new models, could just be the trick to keep the numbers rolling.