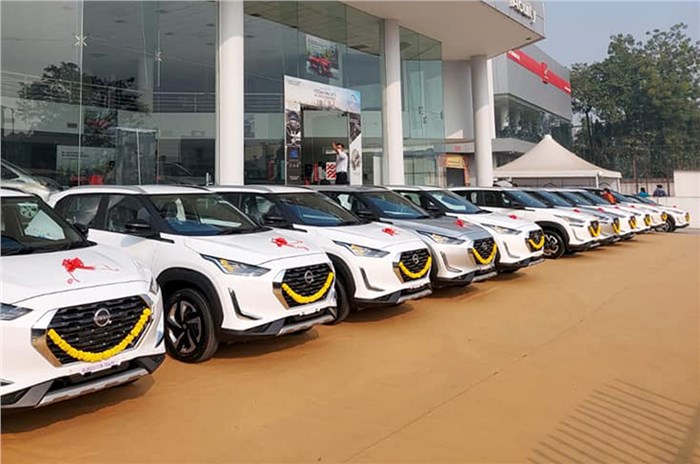 The India auto industry has enough reasons to be optimistic about 2021 after witnessing a gloomy, COVID-19 ridden 2020, which marked one of its most challenging times in decades.The sales numbers for January 2021 paint a bright picture, with most carmakers reporting an uptick in volumes, allaying all fears around the sustainability of demand after the festive season of last year.

Overall, the passenger vehicle (PV) segment with 14 carmakers recorded cumulative vehicle despatches of 3,03,904 units, up by 16 percent over January 2020 (2,62,226 units). While a lot of the numbers could be attributed to the pent-up demand from 2020, when consumers had to defer purchases due to the lockdown, the added need for safer personal mobility in a post-COVID-world as well as appealing new model launches by carmakers, have done their bit in driving demand.

While country’s largest carmaker, Maruti Suzuki India reported a marginal decline in sales at 1,39,002 units in January 2021 as against 1,39,844 units in the same period last year – down 0.6 percent. The carmaker saw demand for its utility vehicles increase significantly by up to 45 percent, while entry-level hatchbacks were down between 3 and 9 percent.

The robust growth is attributed to good demand from models such as its second-generation Hyundai Creta SUV, as well as the latest i20 hatchback, both of which are drawing buyers in big numbers to its showrooms.

According to Tarun Garg, director, Sales, Marketing and Service, HMIL, “The growth momentum has been achieved on account of great customer pull for our most innovative recently launched products like the new Creta, Verna and the all-new i20 showcasing brand supremacy in their respective segments.”

Tata Motors, which has been making waves for its strong resurgence in the PV segment despite witnessing gloom in the overall business environment, continued with its win in the first month of the new calendar.

The company recorded sales of 26,980 units (January 2020: 13,893), registering a strong 94 percent year-on-year growth in volumes. The refreshed Nexon compact SUV, Altroz premium hatchback as well as Harrier are the top performers for the company, which is now all set to resurrect the popular Safari brand in its portfolio, with the new model ready to be introduced in a few weeks’ time. Moreover, the company is also acting strongly in the EV space, with the Nexon EV becoming the highest-selling electric car in the country.

Home-grown utility vehicle specialist, Mahindra clocked 20,498 units in the month – up 5 percent over the 19,555 units reported in Jan 2020 – with sales of its latest Thar SUV keeping it occupied and in the fast lane.

While the company has dropped its proposed JV with American giant Ford to takeover its India business, it is now looking at a standalone product assault in the coming months with new generations of the popular Scorpio and XUV500 SUVs salted for launch in 2021.

The Korean carmaker is on a roll in India. Kia Motors India recorded sales of 19,056 units in January, recording a 23 percent uptick in sales over 15,450 units sold in the same month last year. The company is riding high on the success of the Seltos mid-size SUV, as well as on growing demand for the Kia Sonet compact SUV.

Commenting on the sales performance, Rajesh Goel, SVP and director, Marketing and Sales, HCIL, said, “HCIL’s sales continue to be robust and first month sales in 2021 have been very positive. The strong demand for our popular sedans Amaze and City in fact exceeded the supply last month and we seem to be heading towards sustainable market recovery except for a few challenges.”

“We have also started Honda City exports recently to new left-hand drive markets which gave a fillip to our export volumes. With the COVID Vaccination drive currently in progress, we expect it to propel positivity in the market, resulting in a steady demand going forward.”

Toyota Kirloskar Motor registered overall domestic sales of 11,126 units (5,804 / up 92 percent). The company recently introduced the facelift version of its popular SUV – Toyota Fortuner – and had also launched the Legender version of the same body-on-frame SUV.

TKM is also witnessing good demand for the updated version of its Innova Crysta MPV, which is ruling the premium MPV space, albeit at a significant premium compared to other cars in the segment. TKM is also benefiting from the Maruti Vitara Brezza-based Toyota Urban Cruiser, which has made it venture into the voluminous compact SUV space in India.

Alliance partners Renault-Nissan, which operate out of a shared manufacturing plant in Oragadam in Chennai, also reported positive sales for last month. While Renault India recorded 8,209 units (7,805 / up 5 percent), attributed mainly to the Triber and Kwid, Nissan Motor India recorded a significant 220 percent uptick in sales owing to the newly-launched Nissan Magnite compact SUV that has struck the right chords with buyers. Renault, too, is set to enter the competitive compact SUV space this year with the recently-revealed all-new Kiger.

MG Motor India’s retail sales last month stood at 3,602 units, registering a 15 percent uptick compared to 3,130 units sold in January 2020. The company recently introduced the 2021 version of its Hector and also expanded the range with the Hector Plus six- and seven-seat options.

The company is also observing good traction with sales of its MG ZS EV electric SUV and aggressive efforts towards setting up charging points in collaboration with different service providers.

It’s just the beginning of the calendar year and most carmakers have already had an optimistic start. Now, the Union Budget 2021 can be further expected to drive economic revival, and in turn, drive the growth engine for automotive sales as well. Stay tuned.