Upcoming cars, SUV launches by May 2022

In the following weeks, the prices of the Ertiga/XL6, long-range Nexon EV, VW Virtus and a few others will be announced. 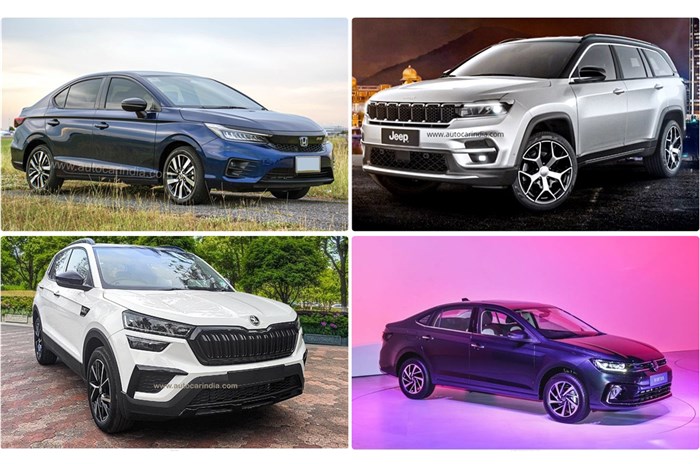 The coming weeks are certainly action-packed for the auto industry in India, with multiple new unveilings and launches lined up from the likes of Maruti Suzuki, Honda, Tata Motors, Volkswagen and more. This includes some important all-new models, facelifts and even a couple of electrified models.

Read on to know more about all-new cars and SUVs headed to our market in the coming weeks. 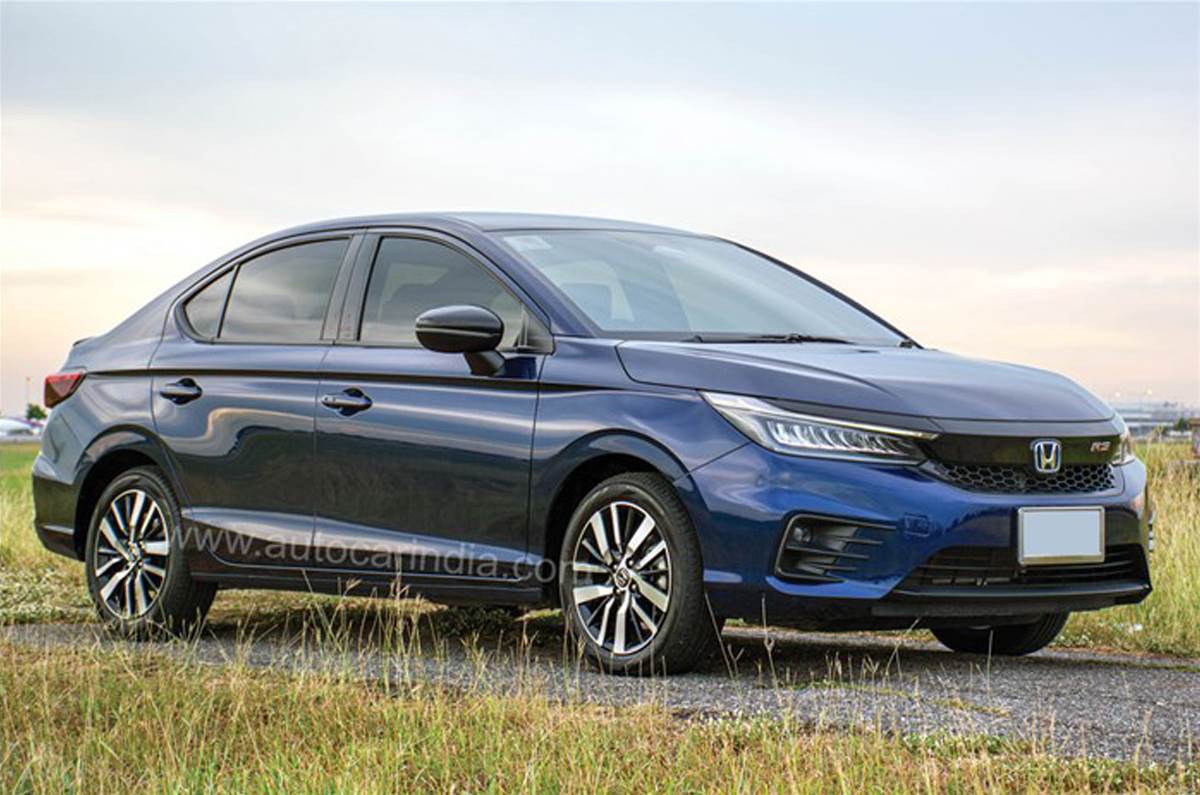 Honda will be unveiling the new City Hybrid in India on April 14. As the name suggests, the biggest update will be under the hood, with the City slated to be the first strong hybrid in its class, and could very well be the most efficient petrol car in the market. The City Hybrid comes with a 1.5-litre petrol engine coupled with two electric motors – one that works as an electric generator and the other as a propulsion motor. It can run on pure EV mode, has no gearbox, and is expected to return an ARAI figure of at least 25-26kpl. It will also come with the full suite of Honda Sensing ADAS technology. 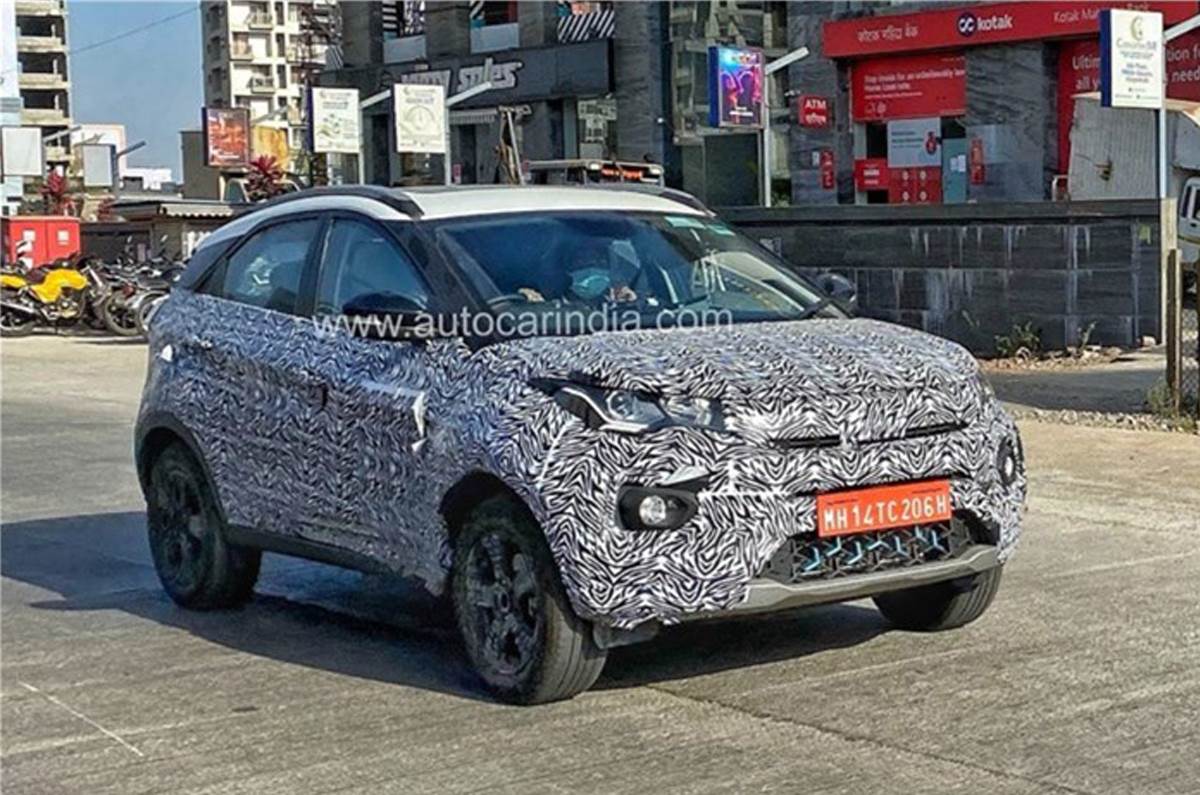 Following the unveil of the Curvv Concept earlier this month, Tata Motors will be rolling out a major update on the Nexon EV. The country’s bestselling EV will be updated with a larger 40kWh battery pack, which is a significant 30 percent from the current 30.2kWh battery pack. Naturally, it will also have a longer driving range, estimated to be 400km on the official test cycle, up from ARAI-claimed range of 312km of the current model.

The Nexon EV will also be updated with new features such as ventilated seats, cruise control, park mode, ESC and selectable regen modes. It is expected to be sold alongside the existing Nexon EV, giving buyers a choice in terms of range and price. 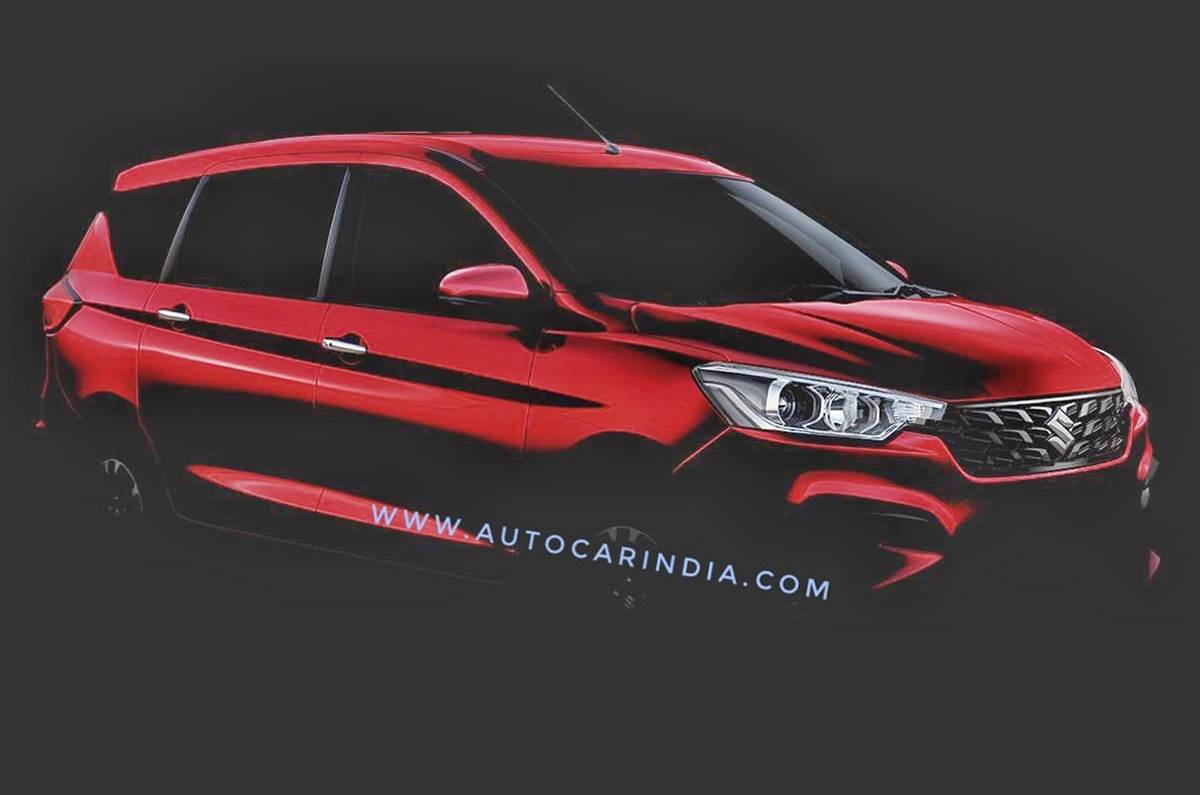 Like all new Maruti models, the Ertiga and XL6 are also being updated with the new DualJet engines. Both MPVs will now be powered by a new 1.5-litre K15C dualjet engine that produces 115hp, which is 10hp more than the outgoing K15B engine. This will also make both MPVs more fuel efficient than before.

Notably, the archaic 4-speed torque converter gearbox will be replaced with a new 6-speed unit with paddle shifters. The updated Ertiga and XL6 will also benefit from an improved infotainment system, along with cosmetic updates like a new grille and new alloy wheels, among others. The Ertiga will be the first to arrive, on April 15, followed by the XL6 on April 21. 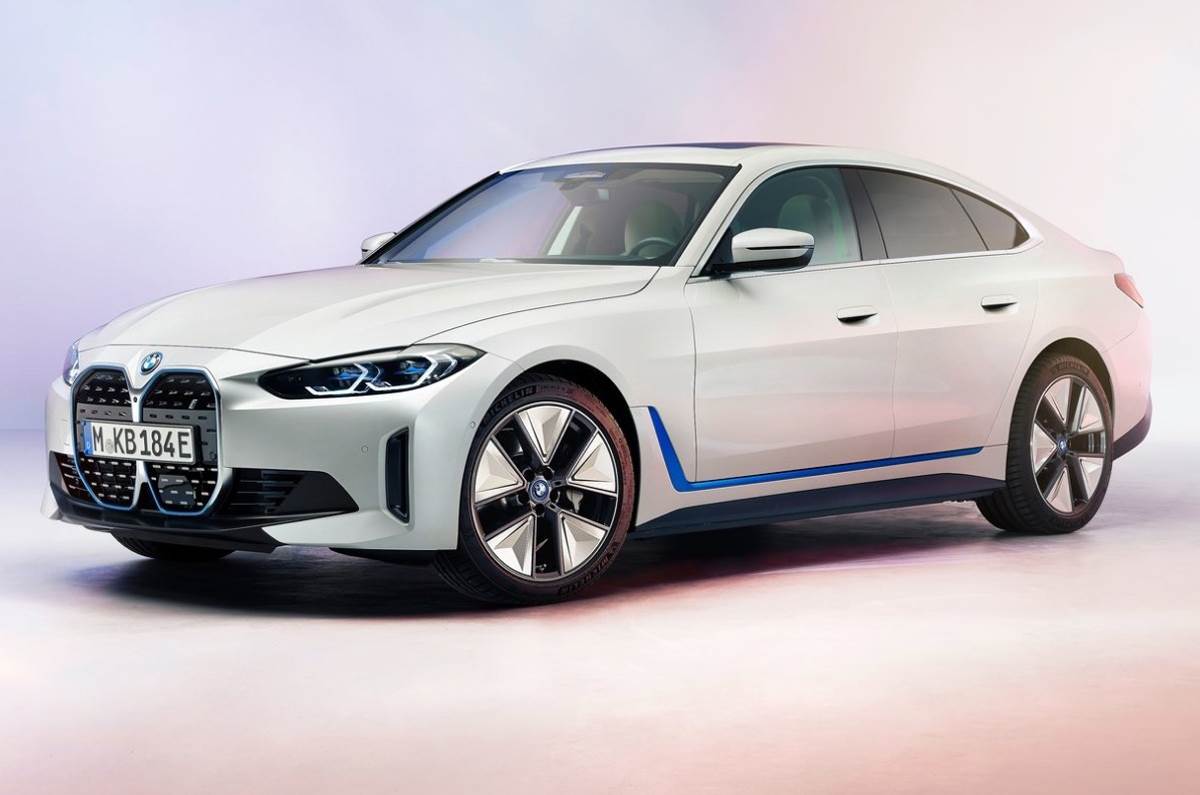 BMW will be unveiling the all-electric i4 sedan on April 28 and it’s expected to go on sale later in May. The BMW i4 is based on a specially adapted version of the 3 Series’ CLAR architecture. That means, unlike the flagship iX SUV that’s already on sale here, the i4 isn’t a grounds-up EV, but is based on an existing ICE platform. We expect BMW to bring the eDrive40 variant to India, with a rear axle-mounted electric motor that produces 340hp and 430Nm. The i4 eDrive 40 has a claimed range of 590km (WLTP cycle), which is more than any other luxury EV currently on sale in India. 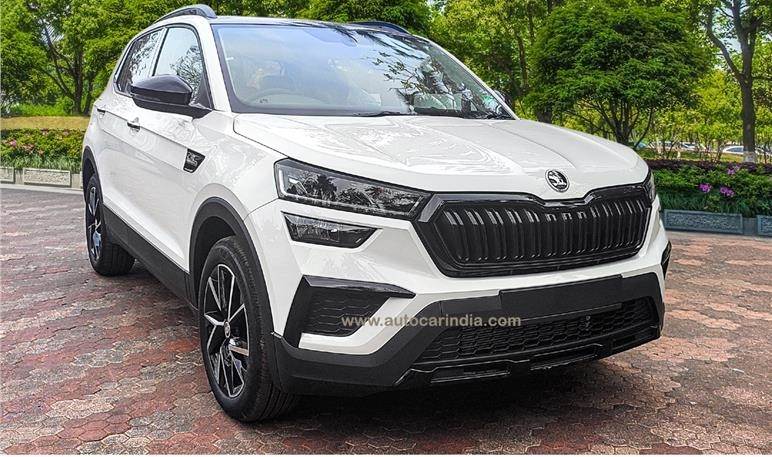 We were the first to exclusively report to you with images of the Kushaq Monte Carlo, prices of which is expected to be announced by the end of this month. Like all Skoda Monte Carlo models, the Kushaq Monte Carlo gets a gloss black exterior treatment for the grille, bumper inserts, skid plates, wing mirrors and even the badges. It also gets a new design for the 17-inch alloy wheels and a prominent Monte Carlo badging on the front fenders.

The biggest highlight on the inside will be a new digital instrument cluster from the Slavia, dual-tone red and black upholstery and red accents on the dash, doors and centre console. It will be offered with both 1.0 and 1.5-litre engines, based on the top-spec Style variant. 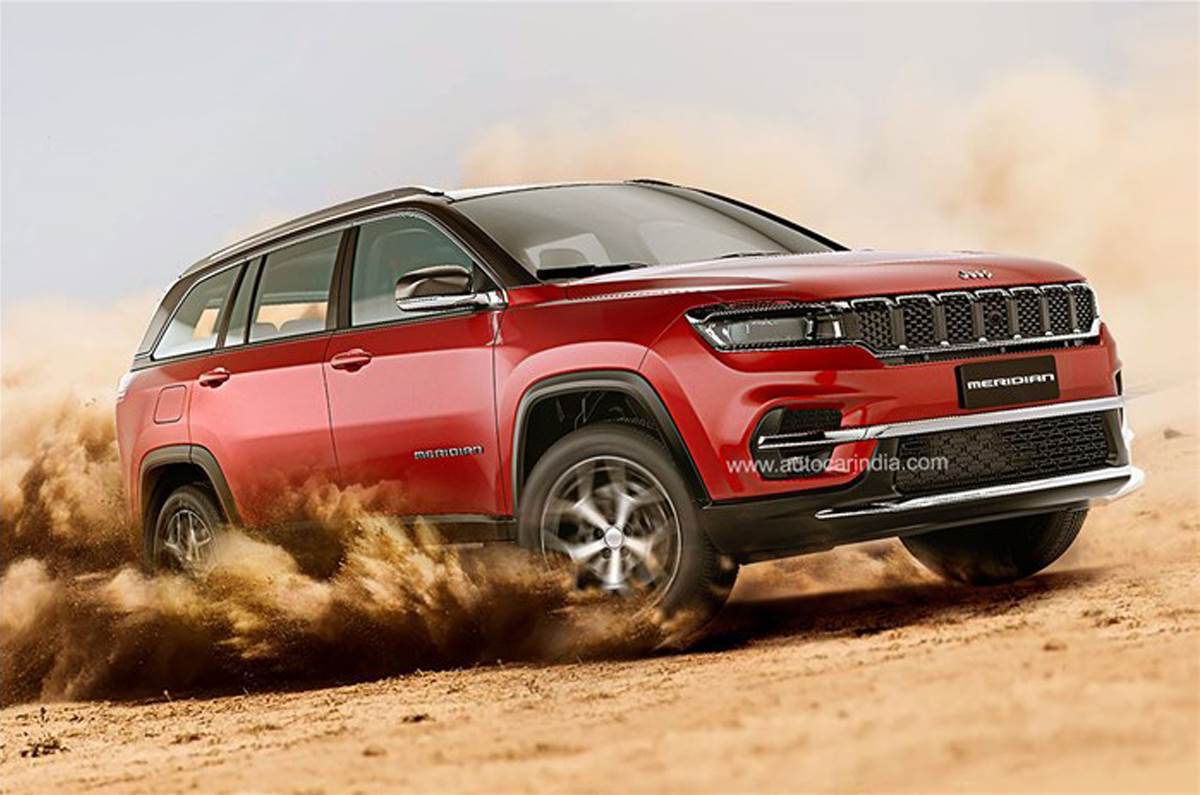 The Jeep Meridian is essentially a three-row version of the Compass SUV, but it’s more than a mere stretch job. It gets a longer wheelbase, is wider and taller and sports a design that’s differentiated enough from the Compass to make it stand out. The interior, however, is largely similar with changes limited to a new brown colour scheme and new upholstery for the seats.

At launch, it will be offered with a seven-seater layout, although a six-seater version could join the line-up later. Powering the Jeep Meridian will be a 2.0-litre diesel engine, with 6-speed manual and 9-speed automatic gearboxes, and will be offered in both FWD and AWD configurations. A petrol engine is expected to follow later. 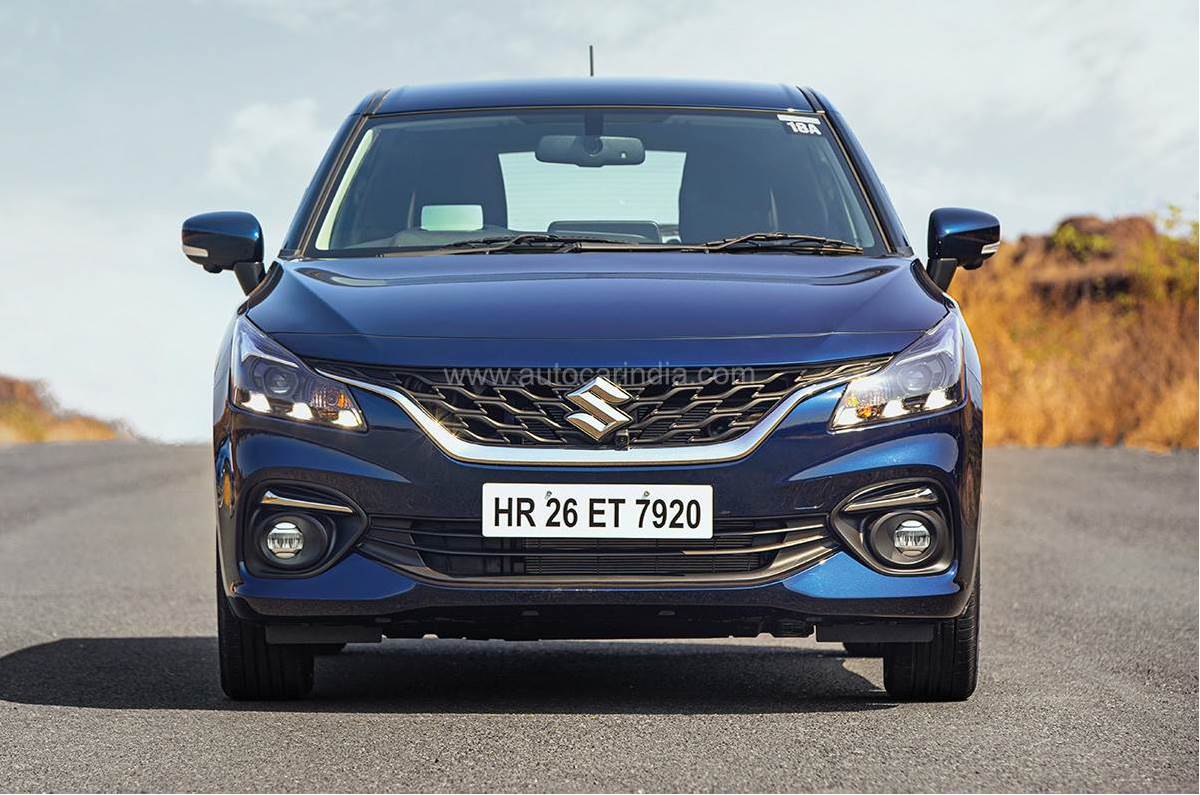 Maruti Suzuki has expressed interest in introducing factory-fitted CNG kits to its Nexa line-up of models, and the first in the line-up will be the new Baleno. The Baleno CNG will be powered by the updated 1.2-litre DualJet petrol engine, although power and torque output in CNG spec are yet to be revealed. While it will be lesser than the petrol-powered model, the CNG variant is expected to return an efficiency of 25kpl. It is also expected to be offered on multiple variants to appeal to a wider set of buyers. Following the Baleno, the badge-engineered Toyota Glanza will also come with a factory-fitted CNG kit. 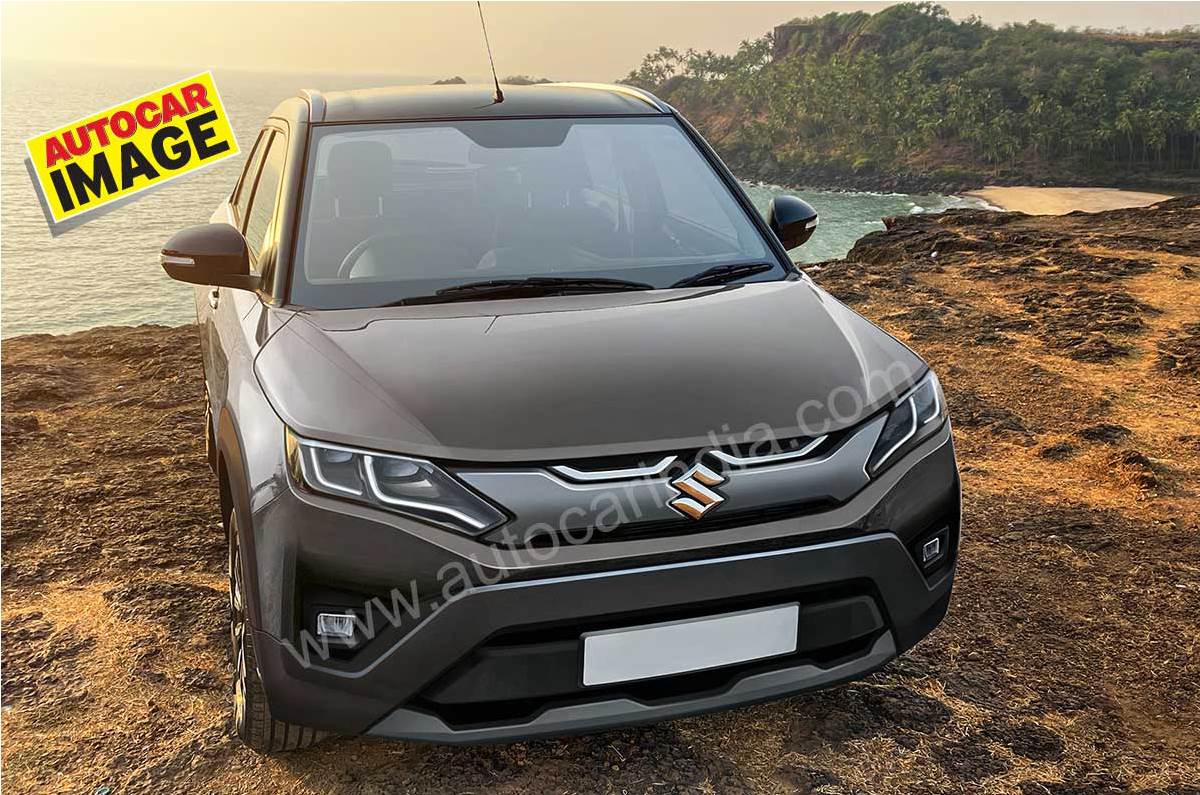 With the ‘Vitara’ prefix likely to be dropped, the 2022 Brezza will come with a brand-new design, featuring major sheet metal changes and all-new body panels. The interior will be completely updated as well, featuring a new, higher quality dashboard, and a lot more equipment like a sunroof, paddle shifters for the automatic gearbox, connected car features, improved infotainment software, six airbags, 360-deg camera and much more. Under the hood, the Brezza will be powered by the updated 1.5-litre K15C DualJet engine, and is also likely to drop the Smart Hybrid tech for the automatic variants. It will also get the new 6-speed automatic gearbox, with a CNG variant likely in the cards as well. 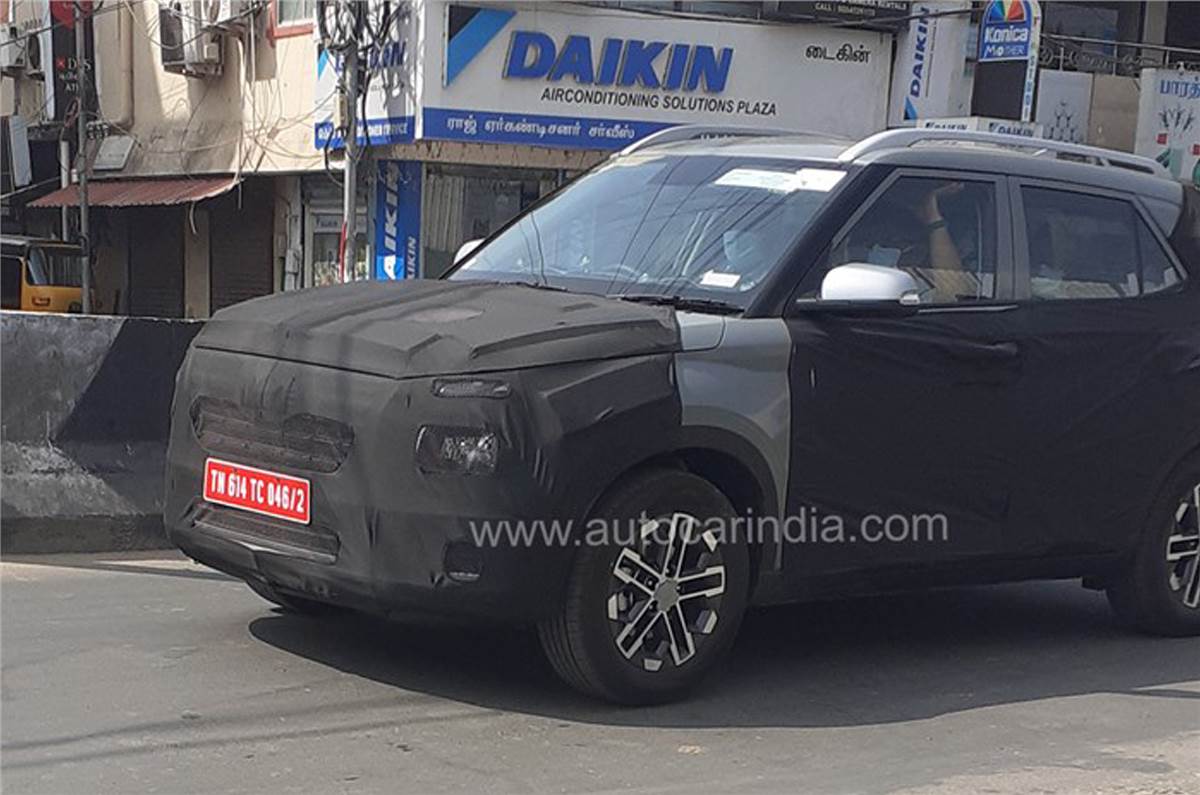 The Hyundai Venue has been around in our market since 2019, and is now due for a facelift. The Venue facelift mules have already been spotted testing and exterior design is an area where the Venue is set to get a lot of changes. These will range from the restyled front-end with Hyundai’s parametric grille and new headlight, to the reprofiled front and rear bumpers, and new tail-lights with Ioniq 5 inspired LED graphics.

There are also some cosmetic tweaks that are expected to be made in the cabin, but for the most part, the design and features list will be similar to the current model. Powertrain options, too, will be carried forward as is. 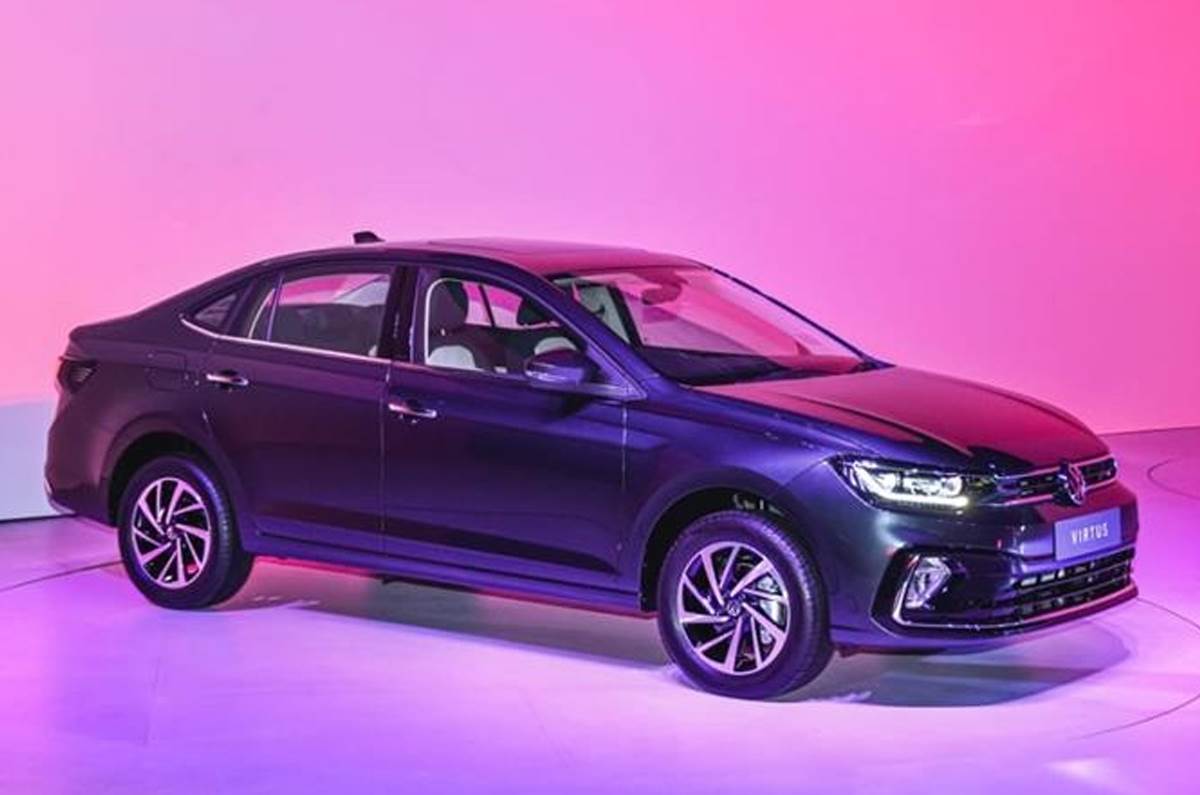 The Volkswagen Virtus made its world premiere in India back in March, with the price announcement is now slated for June 9. It is essentially a sister model to the Skoda Slavia, but with a design that’s uniquely Volkswagen. The interior of the Virtus is quite similar to the Taigun SUV, and as such, will come loaded with all the bells and whistles seen on its SUV counterpart, as per the variants. The Virtus will be available in two distinct variant lines – Dynamic Line, which includes all the 1.0 TSI variants, and the Performance Line, which includes the 1.5 TSI variants.

Which of these upcoming models are you most excited to see on our roads? Let us know in the comments below.

Discounts up to Rs 47,000 on Maruti Suzuki Ciaz, S-Cross and more

Opinion: How much protectionism is too much?