Tata Motors expects Punch to be its highest selling model

With an aim to sell over 10,000 units of the Punch monthly, Tata is expecting the sub-compact SUV to rake in volumes greater than even the popular Nexon. 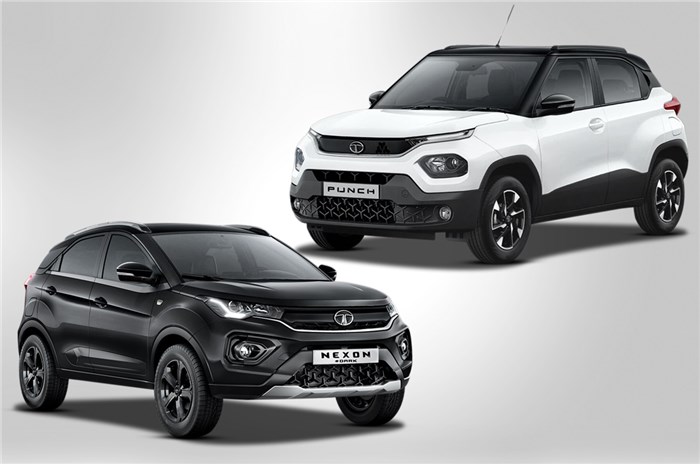 The Tata Punch is the latest addition to the home-grown automaker’s SUV lineup, which includes the Harrier, Safari and the popular Nexon. The company has pinned its hopes on the sub-compact SUV. In an interview with Autocar India, Shailesh Chandra, president, Passenger Vehicles Business Unit, Tata Motors, said that the company is definitely looking at 10,000 units of monthly sales, or even higher, for the Punch. “The number of bookings that we have received clearly validates that kind of aspiration,” he added.

“The Nexon is selling in those kind of numbers, and there’s no reason why the Punch shouldn't. Given its promise as a product, its capabilities and its positioning in a ‘white space’ at a very affordable price point, we should be aspiring for anything equal, if not more than that,” continued Chandra.

The Nexon was the top selling model for Tata in FY2021, and it is holding on to that position this year as well. In July and August 2021, Tata managed to sell more than 10,000 units of the Nexon each month and the company is gunning to outdo these numbers with the Punch.

SUVs have become a major draw for car buyers these days. “There is a certain love for SUVs due to their go-anywhere capability, commanding driving position and better visibility and spaciousness,” commented Chandra.

He added, “There was a missing (SUV) product at an affordable price point,” which he feels Tata has addressed by launching the Punch at Rs 5.49 lakh-9.39 lakh (introductory, ex-showroom, Delhi). As such, the company expects to draw in buyers who would have otherwise had to opt for a different body style at the same price point.

“Primarily, I believe that the Punch will attract people from the high-hatchback segment (Maruti Suzuki Swift, Ignis and Mahindra KUV100 NXT). It might also attract buyers from other adjacent segments, like compact sedans (Maruti Suzuki Dzire and Honda Amaze) and premium hatches (Maruti Suzuki Baleno and Hyundai i20). Certain people would also like to upgrade from a lower segment hatch to the Punch, because it is the only SUV which they’ll possibly be able to afford,” elaborated Chandra.

However, the Punch could face stiff competition from the likes of the Renault Kiger and Nissan Magnite. In terms of footprint, they are direct rivals to the Nexon, but their aggressive positioning could also see them compete with the Punch to a certain extent. For reference, the naturally aspirated versions of the Renault and Nissan are priced at Rs 5.64 lakh-8.41 lakh and Rs 5.71 lakh-8.24 lakh (all prices, ex-showroom, Delhi). Nevertheless, Tata remains pretty confident about its latest launch.

Chandra mentioned that the popularity of SUVs means people are willing to pay a premium, compared to hatchbacks. He also noted that the demand for the Punch is skewed towards the higher variants. As such, there is a business case to add the Altroz’s 110hp, 1.2-litre turbo-petrol offering to the sub-compact SUV, which, for now, gets just the 86hp, 1.2-litre, naturally aspirated petrol engine.

Alluding to the option of a punchier petrol, Tata’s PV Business Head said, “Going forward, one can expect customers to look for a more powerful vehicle and be ready to pay more for that. Therefore, we will consider all powertrain options, including EVs. So this is something which will come in the future.” As we have already reported, Tata is working on an all-electric version of the Punch, which will be one of the 10 EV models in its portfolio by 2025.

However, we are unlikely to see a diesel Punch, clarified Chandra. “Based on a cost perspective, frankly, I believe that it will be very difficult for diesel to survive in the smaller category.” He added, “I can definitely say that any vehicle below 4m in length will face pressure, as far as diesel is concerned.”

Supply to be a bigger concern than demand

Based on the strong customer response to the Punch, Tata PV chief said, “Demand will possibly be less of a problem than supply.”

Like many other industries, a shortage of semiconductors has been plaguing the auto sector, affecting production, sales and even product launches. Market debut of the Punch was also pushed back due to the chip crisis. “The product was definitely ready much earlier, but the launch was delayed by a quarter or so,” commented Chandra. “Until we had the assurance of a certain minimum level of supply, it wasn’t right to launch the product and then suffocate the market by not giving supplies.”

The delay has allowed Tata to build up stock for the Punch, deliveries for which have already begun. Moreover, the automaker is prioritising production of its new model, over other products in its portfolio. “At the end of the day, you might still get into situations where you are not able to fulfill demand in the market. In those situations, depending on where we see greater waiting periods, we’ll definitely prioritise (production) to support a new launch. This would mean sacrificing [volumes] of some of our other products, but everyone is doing that,” said Chandra.

"There’s still a capacity crunch which is going to remain for some time,” he added. As such, Tata might be well prepared to cater to the initial wave of demand for the Punch, but waiting periods could extend moving forward, depending on the availability of chips.