Maruti's preparations for marketing the Jimny confirm its imminent launch in India. The SUV will get India-specific tweaks to its equipment list, based on customer preferences. 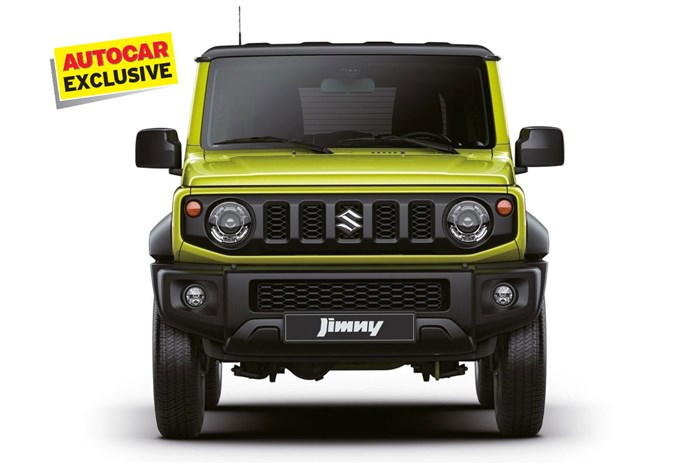 Maruti Suzuki is gearing up for the introduction of the much-anticipated Jimny SUV in the Indian market. "We are making a marketing plan for the Jimny in India," said Shashank Srivastava, executive director, sales and marketing, Maruti Suzuki India, in an exclusive interview with our sister channel, What Car? India. The preparation of a marketing plan is a strong pointer to the company's intent of launching the SUV in our market.

While the India launch is still some time away, the company has been manufacturing the Jimny in India for a few months and has exported a good number of units to international markets.

In an investors' call earlier this year, Maruti Suzuki had revealed that evaluations for the Jimny in India were underway. But, for the first time, Srivastava's latest comments confirm the SUV's imminent India launch.

As reported by us earlier, the Jimny for India will get country-specific tweaks and Maruti Suzuki has been actively collecting feedback from prospective customers and doing market research on the SUV's price positioning. Alluding to the fact, Srivastava stated, "We started manufacturing the Jimny in India for export markets 2-3 months ago. The export numbers for the made-in-India Jimny are quite good. We showcased the Jimny in India at the Auto Expo 2020 for our Indian customers, and we have collected a lot of feedback. We are still doing research on the Jimny's pricing in India, or whether there should be India-specific changes in the car, etc."

"We haven't decided on the launch timeline for it yet.  Once we have that finalised, we shall let you know," the sales and marketing chief told What Car? India (Click here to subscribe to the What Car? India Hindi YouTube channel). However, as per our sources, the Jimny is set to hit showroom floors sometime early next year.

Maruti Suzuki Jimny India launch: what do we know so far?

The Jimny 5-door will come with a 1.5-litre K15B petrol engine that will develop around 102hp of power in some markets like ours. Also expected to lend a helping hand is a more powerful and robust version of Maruti's smart hybrid tech. Otherwise, the 1.5-litre engine will be similar to the one in the Vitara Brezza, S-Cross, Ciaz and the Ertiga in our market, but tuned to give a bit more torque. Gearbox options will include a 5-speed manual and a 4-speed torque convertor automatic.

Maruti is expected to price the 5-door Jimny in the range of Rs 10-12 lakh (ex-showroom). Though it will have no direct rivals, it could be seen as a competitor to other lifestyle SUVs like the larger and more powerful Mahindra Thar and the refreshed Force Gurkha.