Maruti confirms it is evaluating Jimny for the Indian market

The Jimny is already being manufactured in India for export markets. 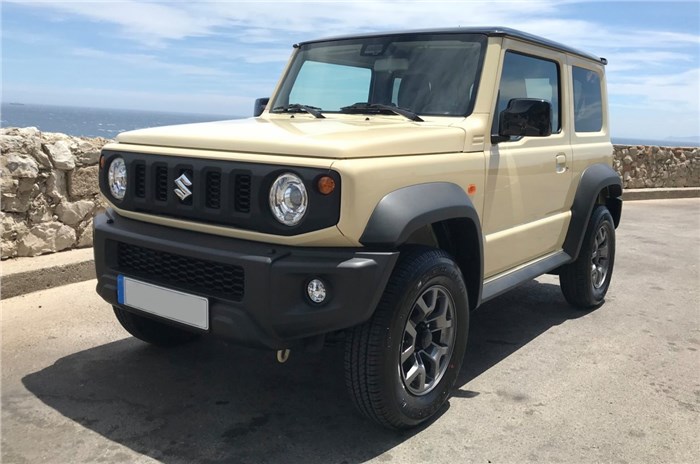 The Maruti Jimny is being evaluated for an India launch, the brand has confirmed in an investor call. The popular Jimny SUV made its India debut for the first time at last year's Auto Expo 2020.

Ever since the model was showcased at the Auto Expo in February last year, there have been many reports about an India launch of the Jimny. We were the first ones to report of Maruti Suzuki's plans for a made-in-India Jimny, initially for export markets, which finally commenced a few months ago.

"We are currently evaluating the feasibility of it being launched in the domestic market. As you may recall, we had shown this Jimny at the Auto Expo in February 2020, and we got some really nice response. And we are currently studying the various aspects of the marketing as to when, if at all, we can launch that vehicle in India."

As explained by us last year, for an India launch, Maruti Suzuki would need additional volumes, and thanks to the opportunity of building the Jimny in India for exports, the Jimny seems to be finally on track for a market launch in India.

Powering the Jimny is Suzuki’s K15B 1.5-litre petrol engine – the same unit that powers the Maruti Suzuki Vitara Brezza facelift, Ertiga, XL6 and Ciaz in India. A 5-speed manual and 4-speed torque convertor automatic are the gearboxes on offer abroad.

In terms of safety features, the Euro-spec Jimny gets six airbags, ISOFIX child-seat mounts, autonomous emergency braking (AEB), a seat-belt reminder and a lane-assist system, and it has also received a 3-star crash test rating from Euro NCAP.

Maruti Suzuki Jimny five door: What we know so far

In addition to the standard three door version, a made-in-India five-door Jimny is in the works too and this model will be primarily targeted for the Indian market. This version will be more practical than the three-door and will be more suitable for family buyers. The Jimny 5-door will be no different to the 3-door model as far as underpinnings go. It will also be built on a ladder-frame chassis and employ four-wheel drive with low-range transfer case.

Sources tell us that the Jimny will be sold via Maruti Suzuki's premium Nexa dealership chain. This will help bring more customers to the Nexa outlets, which hasn’t seen any new products since the XL6 MPV and the facelifted Ignis hatchback.

Up to Rs 52,000 off on Maruti Suzuki S-presso and Dzire this month