The 5 door Jimny will be under four meters long; will be based on the Jimny facelift that is also on the cards. 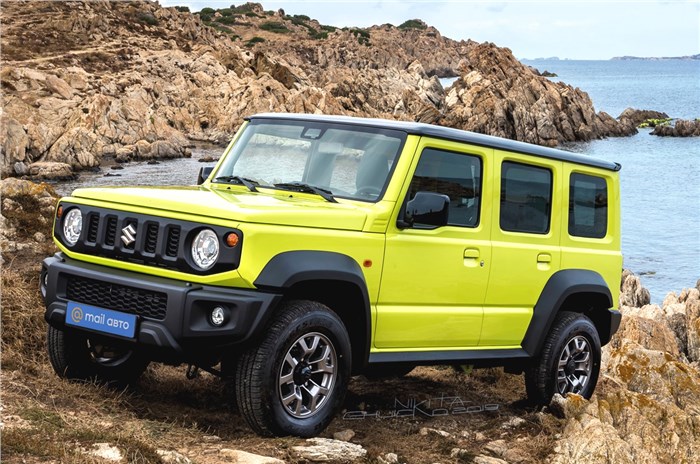 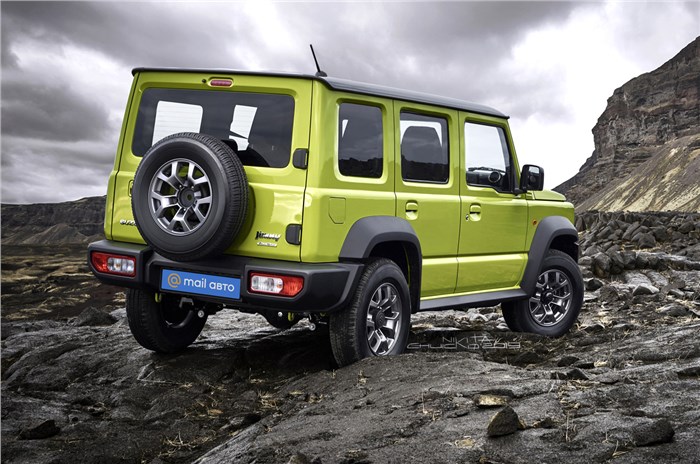 The Suzuki Jimny 5-door is in development and is one of the most anticipated SUVs in India and in other global markets. We bring you fresh information about the Jimny 5-door, including its dimensions and engine details.

Maruti Suzuki Jimny 5 door: how big will it be? 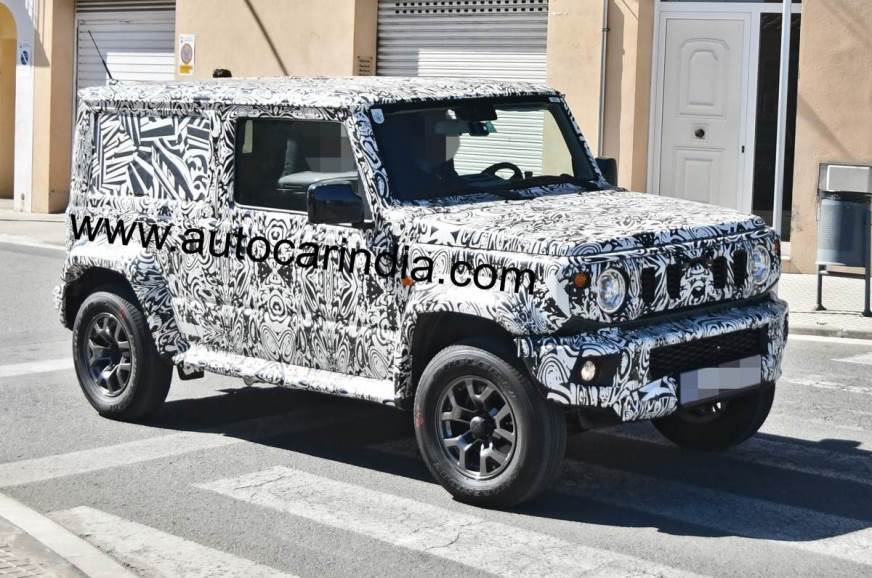 A test mule of a lengthened Jimny (pictured) was caught testing in Europe recently. While that looked more like an extended version of the 3-door Jimny, we are told that it was actually a chassis test mule of the upcoming 5-door version. According to this website, the Jimny 5-door will be based on the Jimny Sierra variant that was showcased in India at the Auto Expo 2020. The Jimny 5-door will measure 3,850mm in length, 1,645mm in width and 1,730mm in height. It will have a wheelbase of 2,550mm, a 300mm increase over the 3-door Jimny that has a wheelbase of 2,250mm and is 3,550mm long overall length. The Jimny 5-door will have a 210mm ground clearance and will weigh 1,190kg, 100kg more than the three door version.

The Jimny 5-door will come with a 1.5-liter K15B petrol engine that will develop around 102hp of power, similar to the Jimny Sierra sold in Japan. However, it remains to be seen if the made-in-India version sees the addition of Maruti's smart hybrid fuel saving tech. Notably, the 1.5-litre engine is the same as in the Vitara Brezza, S-Cross, Ciaz and the Ertiga in our market. Gearbox options will include a five-speed manual and a four-speed torque convertor automatic.

Despite measuring under four metres in length, the Jimny 5-door won't fall in the lower excise category in India as it has a 1.5-litre petrol engine. However, if Suzuki decides to use the smaller 1.2-litre engine on the Jimny, the model could qualify for the lower excise bracket, and this, coupled with local production, could give it a tempting entry price in India.

Suzuki Jimny facelift: is it coming?

Sources also tell us that the Jimny 3-door will see a mid-cycle update that will include minor cosmetic tweaks to the model and that the same updates will be carried over to the Jimny 5-door model.

Maruti Suzuki Jimny 5 door: what else do we know?

Maruti Suzuki has already commenced production of the 3-door Jimny, and the SUV is currently being exported to international markets. However, for India, the company will bring the 5-door version, which could see a market launch sometime by end-2021 or early next year, according to sources.

The SUV may not have a direct rival in India upon launch, but it can be seen as a competitor to the bigger and more powerful Mahindra Thar and the upcoming Force Gurkha SUV. Expect Maruti Suzuki Jimny prices to overlap with higher variants of the Vitara Brezza in India; however, both models are expected to cater to a separate set of buyers. The Maruti Suzuki Jimny 5-door will be sold via the brand's premium Nexa chain, which has not seen any new vehicle introduction since the Ertiga-based XL6 MPV.

Maruti confirms it is evaluating Jimny for the Indian market