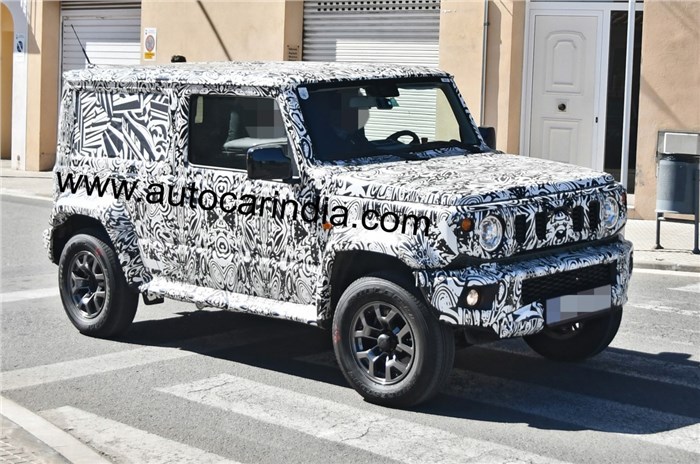 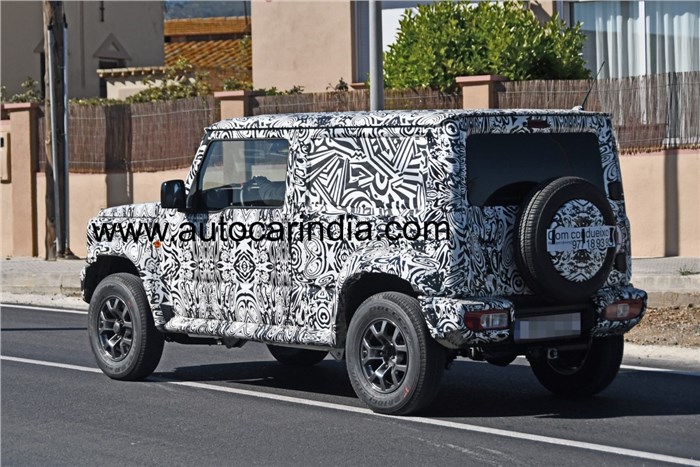 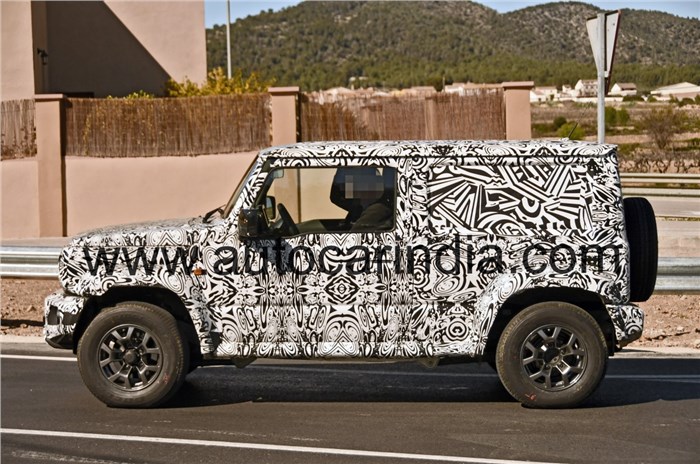 Suzuki seems to have finally begun work on a longer variant of its popular Jimny SUV. A first sighting of a test mule in Europe with a considerably long wheelbase confirms this development.

Suzuki Jimny long-wheelbase: What do these spy shots suggest?

While these set of spy shots confirm a long-wheelbase variant is being developed, a closer look reveals that the test mule does not have doors for the second row, but only a glass window that is much longer instead. This could indicate that the 3-door long-wheelbase Jimny seen here could be a test mule for an extended version of the commercial-spec Jimny that’s already on sale in Europe.

However, this long-wheelbase version will also most likely underpin a 5-door passenger variant that is destined for markets like India. With the longer wheelbase, Suzuki also has the option of doing a pick-up version, given that pick-ups of this size are popular in a few global emerging markets.

Nothing else can be gleaned from the spy shots; the car has the same headlight, grille and bumper setup as the regular Jimny and is even running the same alloys wheels.

In a recent investor call, Maruti Suzuki, for the first time confirmed that the model is being evaluated for an India launch.  The company had showcased the SUV in India at the Auto Expo 2020. As reported by us in March last year, a 5-door Jimny will be developed for the India market and will be built alongside the 3-door version that is already being manufactured at Maruti Suzuki’s plant in India.

Powering the Jimny is Suzuki’s K15B 1.5-litre petrol engine – the same unit that powers the Maruti Suzuki Vitara Brezza, Ertiga, XL6 and Ciaz in India. A 5-speed manual and 4-speed torque convertor automatic are the gearboxes on offer abroad.

Maruti S-Presso, Celerio, Swift get discounts of up to Rs 52,000 this month