While Hyundai has witnessed a 44 percent drop in exports this year, Maruti has reported a drop of just 13 percent. 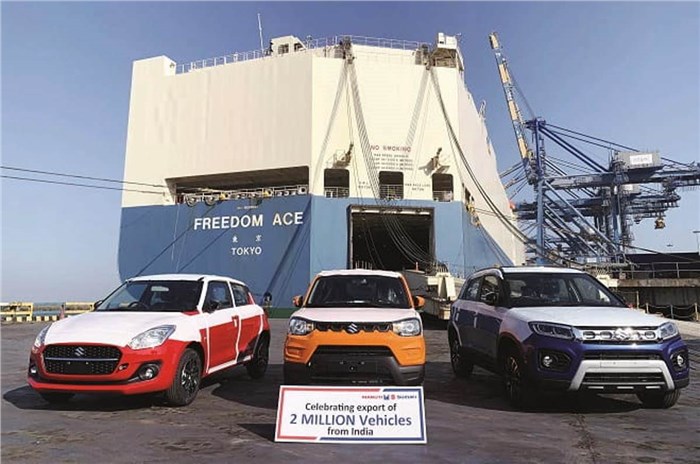 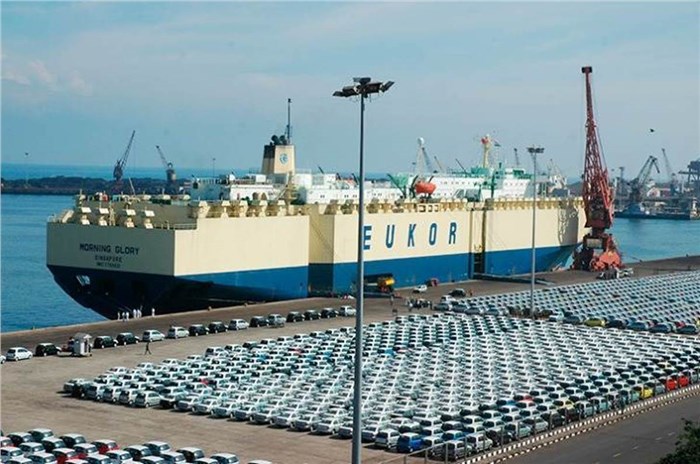 Even while the domestic passenger vehicle market is witnessing an uptick, there’s an exciting battle underway on the PV export front. Hyundai Motor India, which wrested the No. 1 made-in-India passenger vehicle (PV) exporter title from Ford India in FY2020, is seeing Maruti Suzuki India making a strong bid for the title in FY2021. The detailed exports statistics table below reveals all.

Which are the leading passenger vehicle export companies in India? 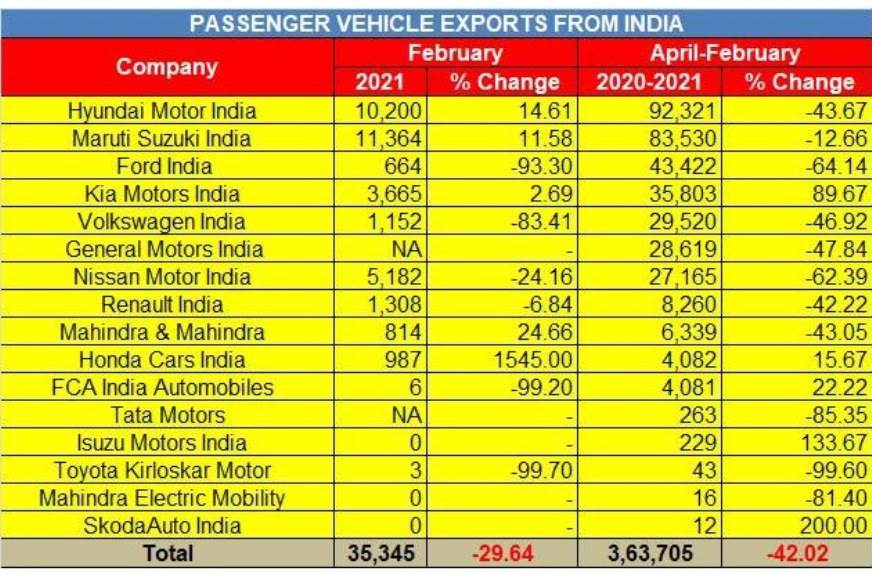 As of end-February 2021, Hyundai remains well placed to retain the title but the last month of FY2021 holds the winning card for both the carmakers. For Hyundai, the Verna and the new Creta are the export demand drivers.

Maruti Suzuki India, which was 14,200 units behind in the April-December 2020 period, is now just 8,791 units behind the Korean carmaker. While Hyundai exported 93,321 PVs in April 2020- February 2021, Maruti Suzuki has shipped 83,530 units. On February 27, Maruti Suzuki India announced that it has surpassed the two-million-vehicle-exports milestone when a batch of cars comprising the S-Presso, Swift and Vitara Brezza left for South Africa from Mundra Port in Gujarat.

Giving new impetus to the company’s exports is the made-in-India Suzuki Jimny. The first shipment of 184 Jimnys left Mundra port in end-January, headed for Latin American countries such as Columbia and Peru. The three-door Suzuki Jimny is to be exported to Latin America, Middle East and African markets from India. Notably, Maruti has also confirmed that it is even evaluating the Jimny for an India launch.

At No. 3 position is Ford India with 43,442 units, substantially behind the top two players. With Ford shutting down its Brazil operations , it is likely some of the demand for the EcoSport from South America could be re-routed to Ford India. It may be noted that the EcoSport remains the most exported car from India.

At fourth place is a hard-charging Kia Motors India with 35,803 units (+90 percent). Expect the Hyundai sibling, for whom made-in-India exports are an avowed mission, to maintain its export momentum in the months and years to come. With this number, Kia has already crossed its FY2020 total export tally of 21,461 units.

Total passenger vehicle exports in the first 11 months of FY2021 are 3,63,705 units, down 42 percent year on year. Considering nearly all countries and key global markets were badly impacted by the Covid-19 pandemic for the major part of the fiscal, that’s not surprising. It is only in the past few months that key markets have opened up and are seeing demand gradually returning.

From the Indian PV industry’s perspective, given that some countries’ manufacturing operations are still to come up to pre-Covid levels, the export opportunity remains a good one.