Suzuki Jimny returns to Europe in the guise of a commercial vehicle; gets the same engine, gearbox and off-road gear, but no rear seats. 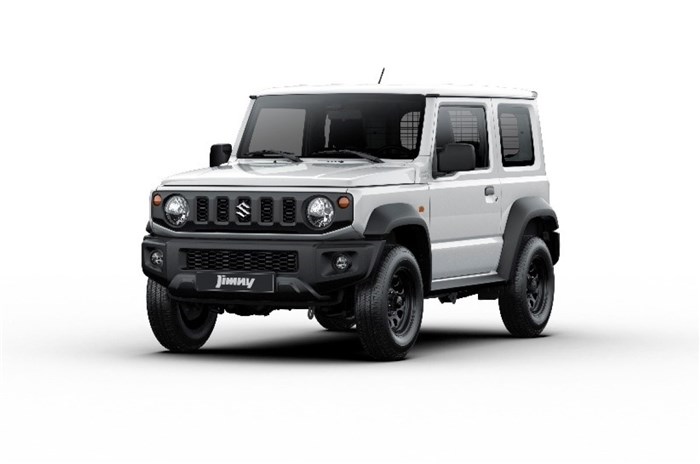 The popular Suzuki Jimny SUV has been re-introduced in Europe. The model was taken off the shelves in the European market earlier this year due to emission-related issues.

Suzuki's popular compact SUV, the Jimny was discontinued in Europe a few months ago due to the introduction of stricter CO2 emission norms. The Jimny, however, will soon make a comeback as a commercial vehicle. This move confirms our original story from January this year that had hinted that the Suzuki Jimny would return to the European market in the guise of a commercial vehicle. Read on to find out what’s different about the model.

The commercial-spec Jimny retains the same body style and comes with two seats upfront. The rear bench, however, has been removed and the area is now designated as a loading bay for cargo. This means, the SUV now has 863-litre luggage capacity - 33 litres more than the passenger Jimny with the rear seats folded down. There’s also a safety partition to prevent cargo moving into the front compartment. 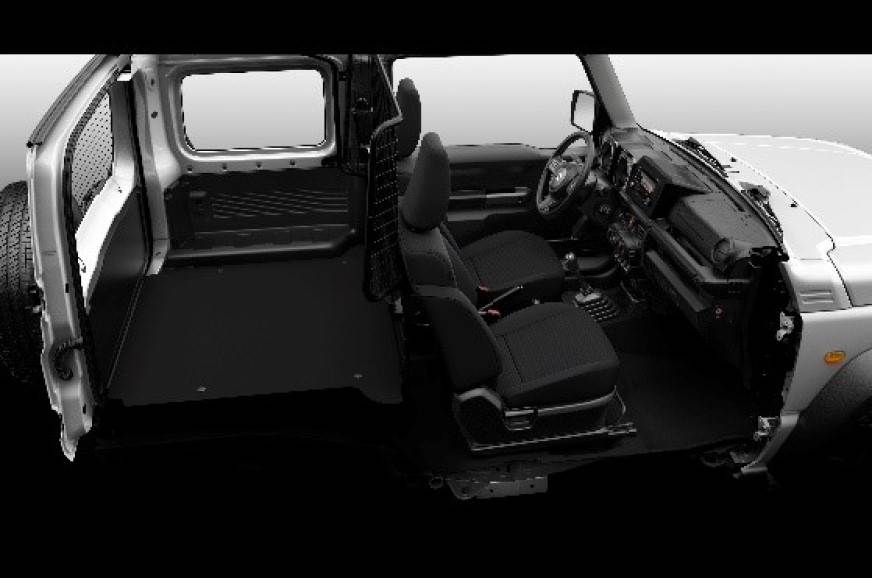 Apart from the above changes, the SUV is mechanically identical, and comes with a 100hp, 1.5-litre petrol engine and part-time 4WD. The Jimny has 210mm of ground clearance, a 37-degree approach angle, 28-degree rampover angle and 49-degree departure angle, making it ideal for off-road driving.

Why was the Jimny discontinued in Europe?

The Jimny’s departure from Suzuki’s European line-up had to do with stricter CO2 emission norms for passenger vehcles that will come into effect in 2021. Since there was already a year-long backlog of deliveries, Suzuki would not be able to deliver SUVs booked after July 2020 before the end of this year, which is why the company pulled the SUV off its shelfs.

EU legislation sets mandatory emission reduction targets for new cars and, for 2021, each carmaker can have a maximum fleet average of 95g of CO2/km. The Jimny emits relatively high CO2 levels – it’s rated at 154g/km or 170g/km, depending on whether the 1.5-litre engine is paired to the manual or the automatic gearbox. Both those figures are well above the 95g/km fleet average that Suzuki will need to meet in 2021. By reclassifying the Jimny as a commercial vehicle, it is now subject to less stringent CO2 regulations and can be on sale again.

What does the Suzuki European line-up consist of?

Keeping the stringent emission norms in check, Suzuki sells mild-hybrid-equipped versions of the Swift, Swift Sport and Ignis hatchbacks. The Ignis and Swift in Europe use a more affordable and simpler 12V system, while the SUVs and Swift Sport use a more advanced 48V system. Suzuki claims economy is boosted by as much as 15 percent and CO2 is reduced by an even greater 25 percent, when compared to the previous non-hybrid versions. Additionally, Suzuki has also introduced the Toyota RAV4-based Across SUV, which also comes with a plug-in hybrid system. This was done to help the brand make the cut for average CO2 norms.

What's the plan for the Jimny's India launch?

As reported by us earlier this year, Suzuki will build the three-door Jimny in India initially for export but, come 2021, a larger, 5-door Jimny will enter production and be sold in India. However, these plans could face delays, due to various issues related to the ongoing COVID-19 pandemic.