Suzuki Jimny to be withdrawn in multiple European markets

Continued sales of the Jimny would make it impossible for Suzuki to meet Europe’s stricter CO2 norms that come into effect in 2021. 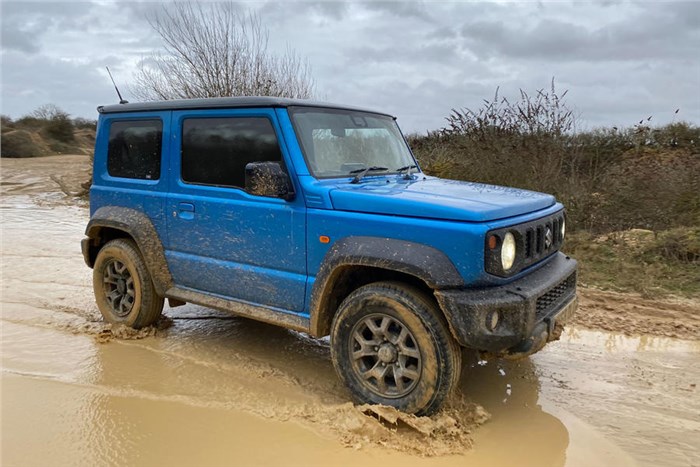 The Suzuki Jimny might have gone on to become a surprise hit the world over but its days in the European market are numbered. Suzuki has already pulled the SUV off the shelves in the UK and has informed dealers to stop taking orders for the SUV. This development confirms our exclusive report from January this year.

Why will Suzuki not sell the Jimny in Europe?

The Jimny’s departure from Suzuki’s European line-up has to do with stricter CO2 emission norms that come in to effect in 2021. EU legislation sets mandatory emission reduction targets for new cars and, for 2021, each carmaker can have a maximum fleet average of 95g of CO2/km.

The Jimny sold in Europe comes with Suzuki’s K15B 1.5-litre petrol engine that’s available with either a 5-speed manual or an automatic gearbox. The Jimny emits relatively high CO2 levels – it’s rated at 154g/km or 170g/km, depending on whether the 1.5-litre engine is paired to a manual or automatic gearbox. Both those figures are well above the 95g/km fleet average Suzuki will need to meet in 2021.

What about the rest of Suzuki's European line-up?

Aiming to get its fleet CO2 average below 95g/km, Suzuki’s European range now comprises the Vitara and S-Cross SUVs, along with the Swift, Swift Sport and Ignis hatchbacks. All are now offered solely with mild-hybrid petrol engines. The Ignis and Swift in Europe use a cheaper and simpler 12V system, while the SUVs and Swift Sport use a more advanced 48V system. Suzuki claims economy is boosted by as much as 15 percent and CO2 is reduced by as much as 25 percent, compared with the previous non-hybrid versions.

Additionally, Suzuki will also introduce the recently unveiled ACross SUV in the European market, which features a plug-in hybrid system that will help the brand make the cut for average CO2 norms.

Will the Jimny return to Europe in the future?

The Jimny is expected to make a return to select markets in Europe sometime in 2021 as an N1 commercial vehicle. This means, Suzuki will sell the Jimny as a commercial vehicle without rear seats and with minor interior tweaks, but with the same 1.5-litre petrol engine as the outgoing passenger version. Commercial vehicles in the N1 category are not required to adhere to the strict 95g CO2/km regulation.

Will the Jimny come to India?

We broke the news earlier this year about Maruti Suzuki’s plans of bringing the Jimny to India. Suzuki will build the three-door Jimny in India initially for exports but, come 2021, production of a larger, 5-door model will commence. It’s the latter version that will go on sale in our market. The yet-to-be-revealed model holds promise for the practicality-oriented Indian buyer. However, thanks to the ongoing COVID-19 pandemic that has resulted in huge production delays and decreased demand, it remains to be seen when the Jimny finally reaches Maruti Suzuki showrooms in India.