The Jimny will fall victim to stricter European CO2 norms that take effect in 2021; SUV likely to return to Europe in the future with a different engine. 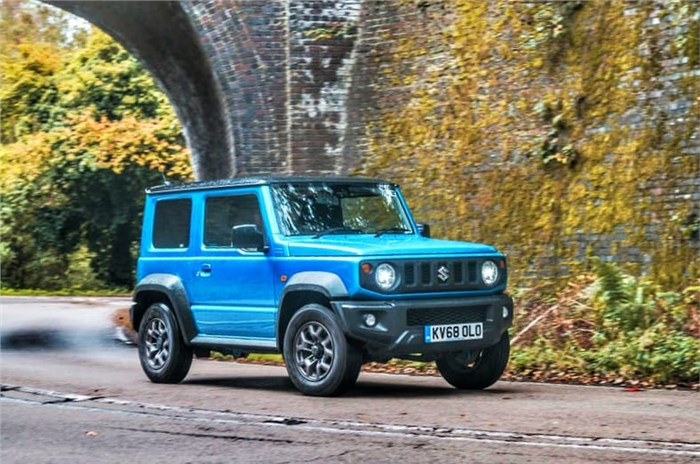 Suzuki will soon stop selling the popular Jimny SUV in the European market. The company has already begun communicating with its European dealer network to stop accepting new orders for the Jimny, with immediate effect. The Jimny’s departure from Suzuki’s European line-up has to do with stricter European norms for CO2 emissions that come in to effect in 2021.

EU legislation sets mandatory emission reduction targets for new cars and for 2021, each carmaker can have a maximum fleet average of 95g of CO2/km. While this rule will only come into effect next year, it has begun phasing in from this year, according to the EU legislation.  In order to achieve this target, the brand had been phasing out diesel vehicles since 2018, and is currently in the process of introducing a 48V mild-hybrid version for the Vitara SUV, which will be the first Suzuki model in Europe to benefits from this new powertrain.

The Jimny sold in Europe comes with Suzuki’s K15B 1.5-litre petrol engine that does not feature any type of hybridisation. The SUV is available with either a 5-speed manual or an automatic gearbox. The Jimny emits relatively high CO2 levels – it’s rated at 154g/km or 170g/km, depending on whether the 1.5-litre engine is paired to a manual or automatic gearbox.

According to our sister publication Autocar UK, selling more Jimnys than greener models, such as the Ignis and Swift, will push up Suzuki’s average CO2 in Europe, thus leading to fines from the European Union if it goes above the target.

Suzuki will henceforth sell all vehicles in Europe with some level of hybridisation. The company already sells the Ignis and the Swift with a 12V system, while the more expensive models, like the S-Cross and Vitara SUV, come with  the 48V hybrid system coupled with a new K14D 1.4-litre petrol engine.

The Jimny will, however, make a return to select market in Europe sometime in 2021 as an N1 commercial vehicle. This means, Suzuki will sell the Jimny as a commercial vehicle without rear seats and with minor interior tweaks, but with the same 1.5-litre petrol engine as the outgoing passenger version.  Commercial vehicles in the N1 category are not required to adhere to the strict 95 g CO2/km regulation.  Sources tell us that the Jimny will return to the European market as a passenger vehicle in the future with an engine update that would help the brand achieve the brand’s CO2 targets.

Suzuki builds the Jimny for all markets at its Kosai plant in Japan. The small off-roader already has become a surprise success for Suzuki, with waiting periods of up to a year in some markets. The SUV’s exit from the European market could be seen as a relief for customers waiting for their Jimny in other regions, thanks to a decent reduction in the order backlog.

Suzuki will, for the first time, showcase the Jimny in India at the upcoming Auto Expo 2020. However, the model is not expected to go on sale in the Indian domestic market in its current three door form.