Our latest long-termer is one that draws a lot of attention wherever it goes. 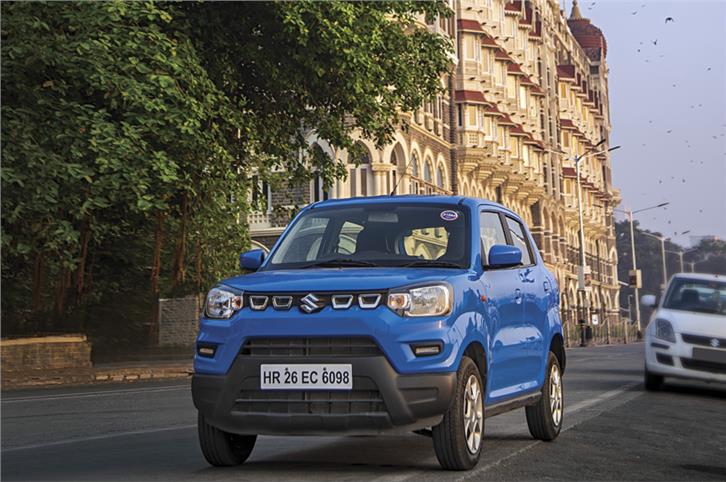 Ever since its first spy shots surfaced online, the S-Presso created a fair bit of curiosity, not just in our minds but also the thousands of customers who were in the market for a Rs 5 lakh hatchback. So when Maruti sent us one for our long-term fleet, I happily accepted it as a replacement for my Santro long termer.

While the S-Presso might not be a new idea as far as SUV-like hatchbacks go, it’s got enough to draw people into showrooms. We had multiple instances of onlookers checking it out and asking us questions when we were on the shoot. 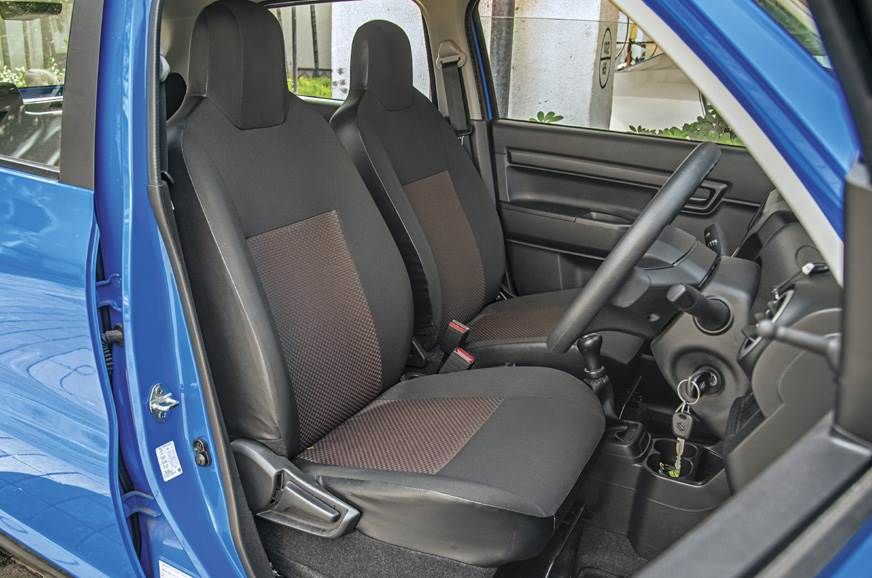 Our long-term S-Presso is finished in a Starry Blue shade and that brings back memories of my first car – a 1984 Maruti 800 SS80 that was in the same colour.  The all-black cabin is a welcome change from the usual beige shade that’s common these days. It also makes the car look a bit upmarket and also does not require frequent cleaning; even after two weeks, the cabin still seemed quite clean.

The Mini-styled centre-mounted speedometer and infotainment screen surprised my parents who didn’t expect something this premium-looking in a little hatch. 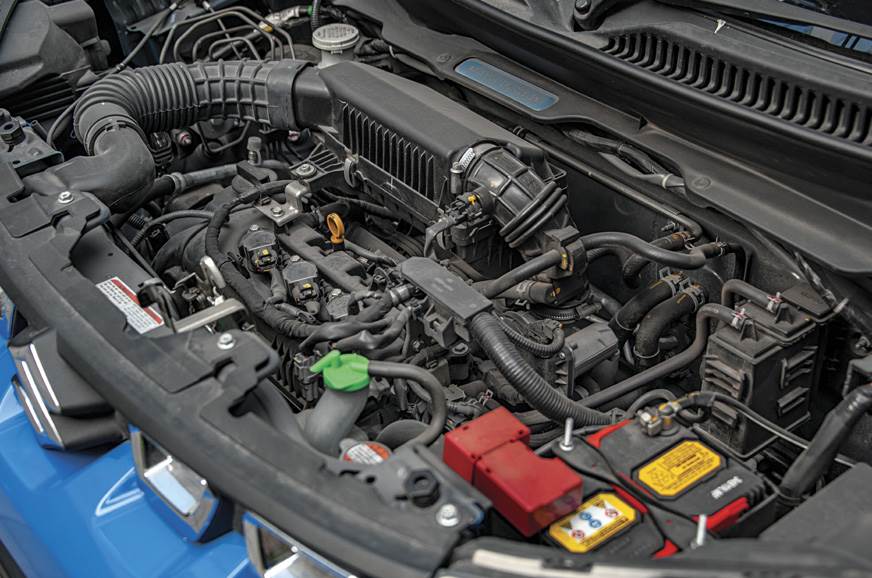 As for space, there’s plenty of headroom, but what really stands out is the high-set seats that made it easy for my parents to slide into. The seat squabs are decently contoured at the back, but are a bit flat and lack thigh support. Also, this is a narrow car, so seating three at the back on long journeys is a big no. The rear windows are nice and big though, and according to one of my relatives, there’s no feeling of claustrophobia.

The high seating position of the front seats give you an SUV-like commanding feel. I’m not a fan of
the headrests integrated into the seats though. However, the seats are wider than the Santro’s. 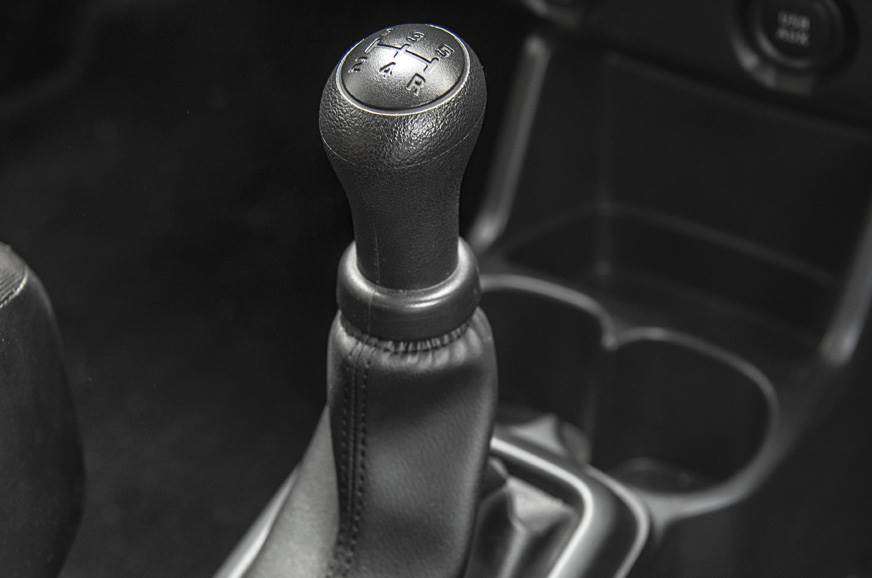 What I don’t like about the cabin is the large blind spot created by the thick C-pillar; it makes reversing a bit tricky at times – I almost missed seeing a biker who was completely hidden behind the C-pillar. As far as reversing aids go, the S-Presso comes with rear parking sensors that are mandatory on all new cars.

The S-Presso is the first Maruti to get the BS6 version of the carmaker’s peppy 1.0-litre petrol engine. I really like the way this engine pulls from the lower RPMs. The power build-up is smooth and is good enough to haul four people in city traffic with the AC on. What was a bit disappointing was that there’s quite a bit of engine noise heard in the cabin. 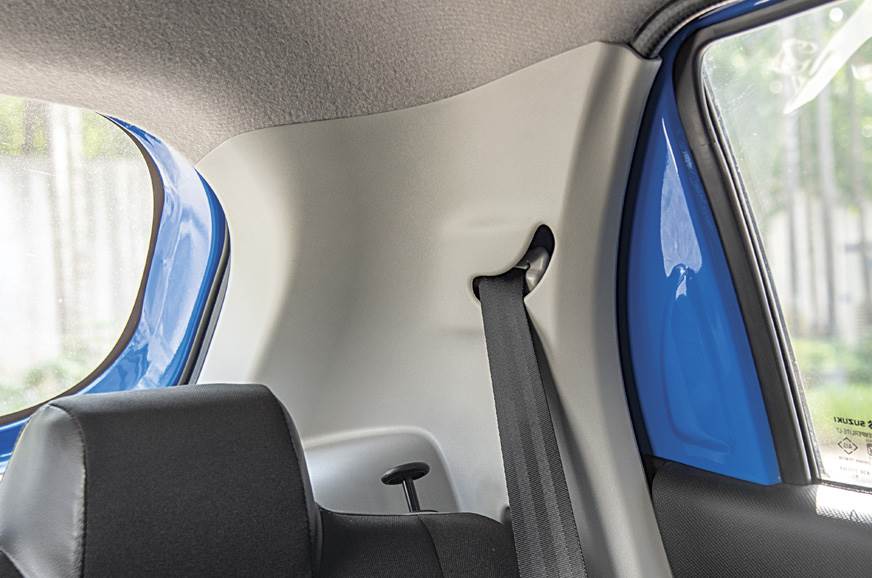 You also get Maruti’s SmartPlay Studio infotainment system with Apple CarPlay and Android Auto. While I am yet to use Android Auto properly, I find the overall interface to be quite attractive. However, the system is a bit slow to respond, especially when changing tracks or fiddling with the volume using the steering-mounted controls. What’s also sorely missed is the reverse guidance feature on the infotainment screen, something that’s offered on the same system in the Wagon R. 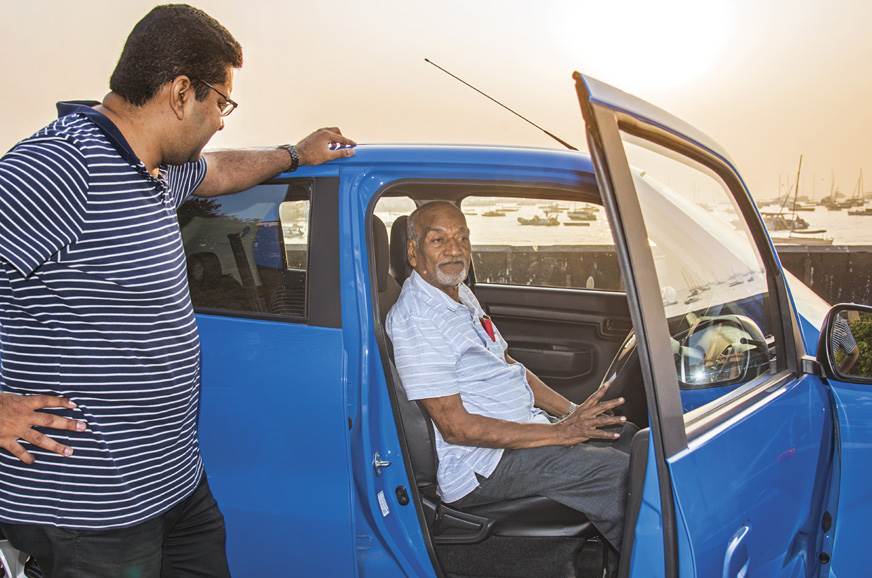 The unique styling generates curiosity for buyers of all ages.

I plan to take the S-Presso out for longer runs in the outskirts of the city and make proper use of the infotainment system. More on that in the next report.