The evergreen Suzuki Jimmy turns 50 this year. We recap the lovable off-roader’s journey so far. 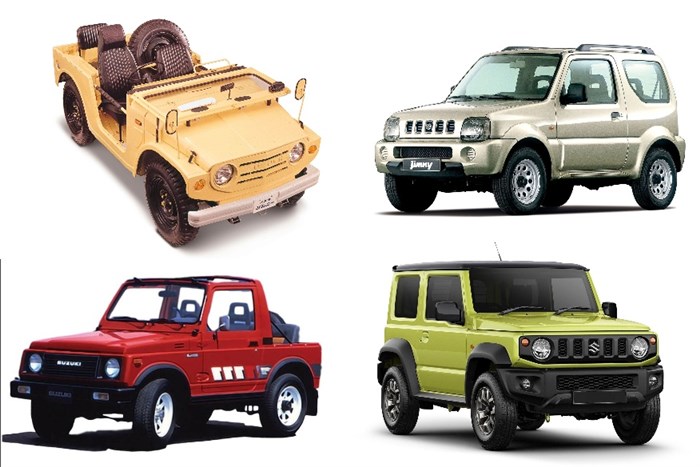 A motoring icon, the venerable Suzuki Jimny turns 50 this year. First introduced in 1970, the Jimny has gone on to sell more than 2.8 million units in no less than 194 countries. The model has seen four generations over these past half century, and while not much has changed in terms of the basic formula of a small, light and affordable off-roader, each generation has brought about something new to make it a more rounded package than before. Read on to know about the Jimny’s story. 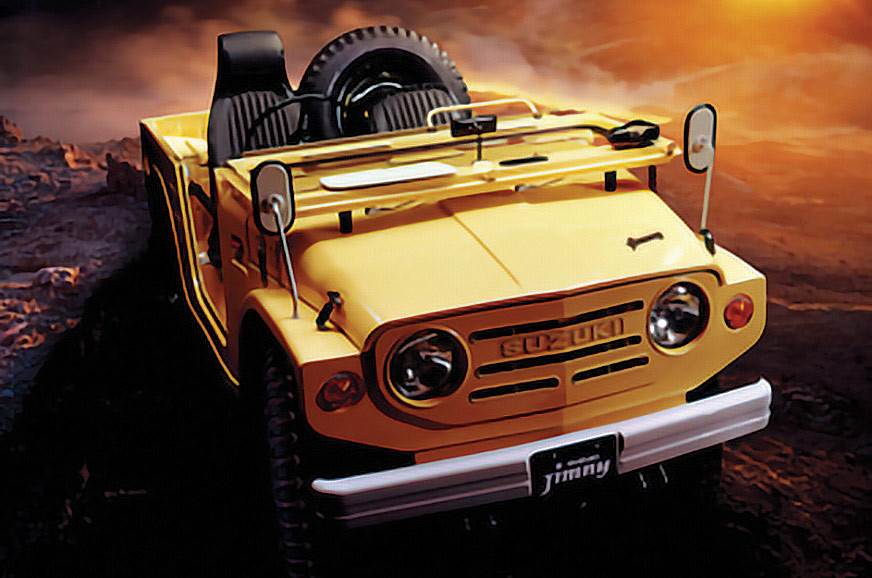 The first-gen Jimny, dubbed LJ10, was the first ever Suzuki 4x4 model. Launched in Japan in 1970, the LJ10 had a 1930mm wheelbase and was initially sold with only three seats. This was done in order to comply with the segment’s dimensions norms and hence the spare tyre had to be fitted behind the front passenger's seat.

The LJ10 was powered by a tiny 360cc twin cylinder, air-cooled, two-stroke petrol engine that put out 25hp. However, thanks to the use of lightweight body panels, it tipped the scales only at 600kg. The LJ10 was a no-frills vehicle featuring zipped canvas doors and a simple leaf spring suspension setup. 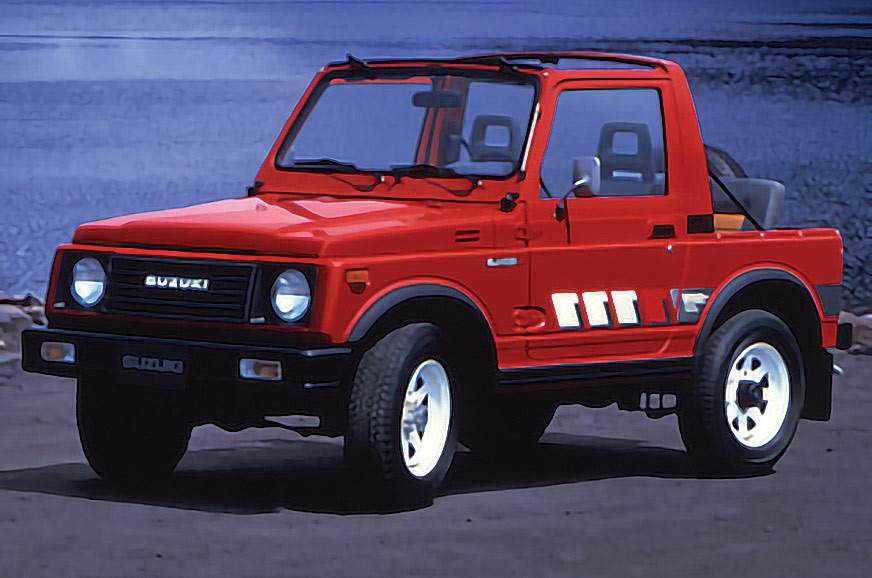 The second-generation Jimny (SJ30) was launched in the Japanese domestic market in 1981. Known as the SJ410 in export markets, the second-gen Jimny built on the foundation of its predecessor. The interior and exterior was brand-new and so was the engine, a 1000cc four-cylinder, four-stroke unit delivering 45hp. In 1984, Suzuki introduced the SJ413, which featured a larger 1.3-litre petrol engine that put out 67hp. 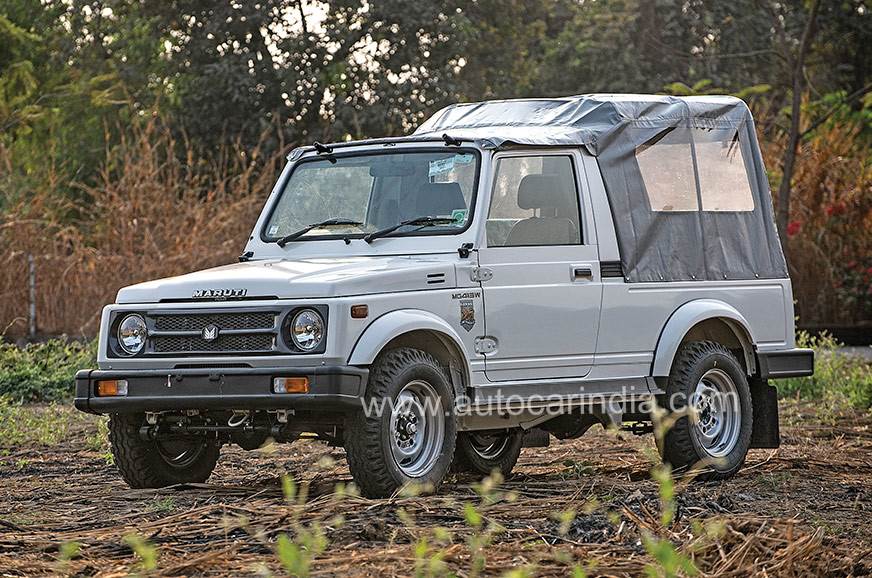 The second-gen Jimny was sold in India as the Maruti Gypsy for 33 years, from its launch in 1985 to its discontinuation in 2019. The Gypsy featured a longer wheelbase than the Jimny and achieved cult status in the country. It was revered by enthusiasts, rally drivers and military personnel alike. When launched, the Gypsy was equipped with a 1.0-litre petrol motor (MG410) mated to a four-speed manual gearbox. Maruti later upgraded the SUV with a more powerful 1.3-litre variant and a five-speed manual transmission (MG413). 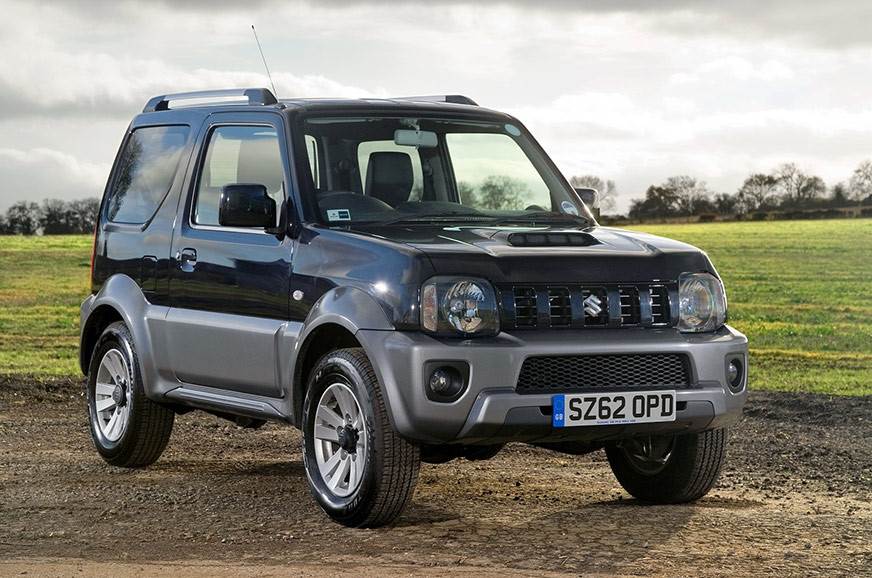 Suzuki revealed the third generation of the Jimny (JB23) at the 1997 Tokyo Motor Show and the off-roader subsequently went on sale in Japan in 1998. This generation brought about some comprehensive updates to the body and chassis, key among which was a new three-link rigid-axle suspension with coil springs and a new ladder frame chassis.

The third-gen Jimny also adopted air-locking hubs, which allowed the driver to switch between two-wheel drive and four-wheel drive on the fly. 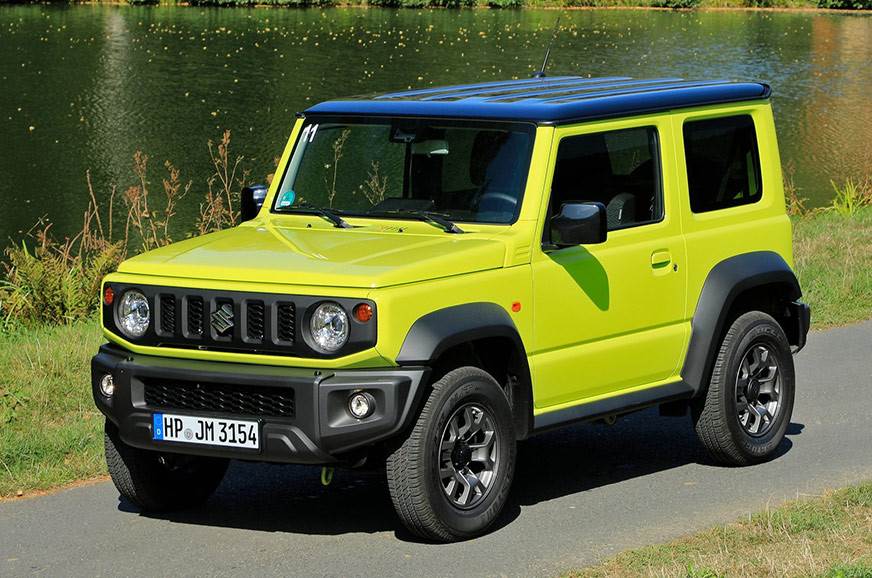 The fourth-gen Suzuki Jimny (JB64W) was unveiled in 2018 and has become an unlikely sensation the world over. The fourth-gen Jimny sticks to script with a ladder-frame chassis, four-wheel drive and compact dimensions giving it tremendous ability off-road. It’s also the best-equipped Jimny yet with features like LED headlights, a touchscreen infotainment system and even heated front seats.

As Jimny enthusiasts ourselves, we’re happy to share that this fourth-gen model is India-bound in 2021 albeit in larger, 5-door guise to begin with. The India-spec 5-door Jimny will be powered by the 105hp, 1.5-litre K15B petrol engine that can be found in the Maruti Suzuki Ciaz, Ertiga and Vitara Brezza. The Jimny will be retailed via Maruti’s Nexa chain of dealerships with a starting price of under Rs 10 lakh.

Side note: A victim of its own success

While the fourth-gen Jimny has proven to be popular in markets abroad, Suzuki has decided to axe the model from Europe. This is being done in order to meet Europe’s strict emission reduction targets that require each manufacturer to have a maximum fleet average of 95g of CO2/km. The Jimny’s popularity coupled with its relatively high CO2 levels – it’s rated at 154g/km or 170g/km, depending on whether the 1.5-litre engine is paired to a manual or automatic gearbox – would have meant Suzuki would have missed its emission targets, inviting huge fines. Suzuki Europe will instead promote greener models such as the Ignis and Swift, both of which come with mild-hybrid technology.