The SUV specialist hopes to regain lost market share in the UV space with these launches. 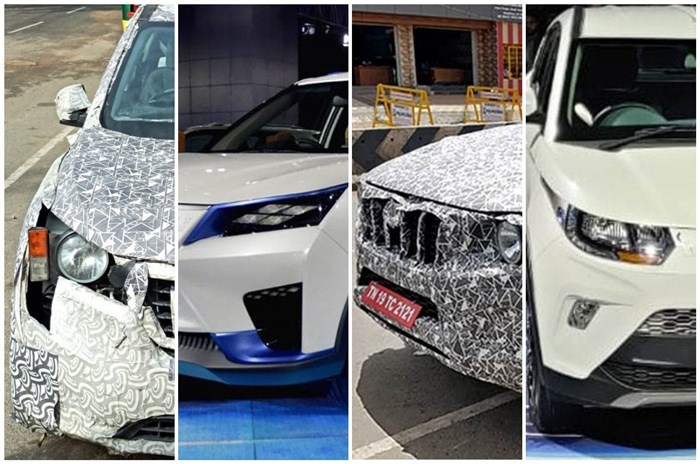 Mahindra & Mahindra (M&M) is rewiring itself to concentrate on utility vehicles (UVs) – its DNA in the automotive space. The SUV specialist is bringing all its learnings to the fore to revive its market share in the UV segment, which has dipped to about 15.27 percent, from about 28 percent at the start of FY2018 and 21.57 percent a year ago.

At present, M&M is placed third in the UV market share stakes, behind Maruti Suzuki (22.88 percent) and Hyundai Motor India (22.29 percent). And there’s a hard-charging Kia Motors India that has achieved a 14 percent UV market share in a scant 14 months.

Read on to know Mahindra’s plans to regain its lost market share.

The next-gen Mahindra XUV500 (code: W601) is slated to arrive by March 2021, while the next-gen Scorpio (code: Z101) is likely to be launched in the second quarter of 2021. Expect the second-gen Scorpio, which will come with petrol and diesel engine options for the first time, to be seen in Mahindra showrooms sometime around April-June next year. 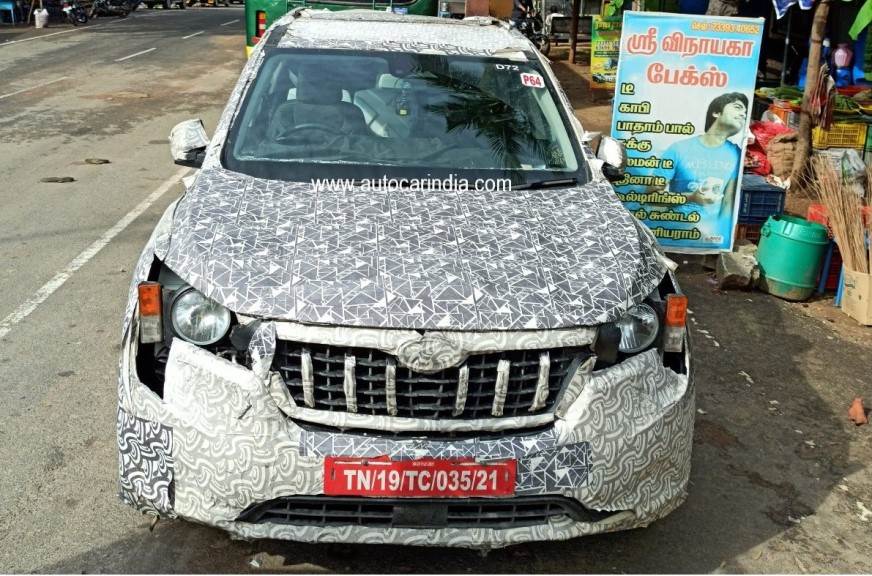 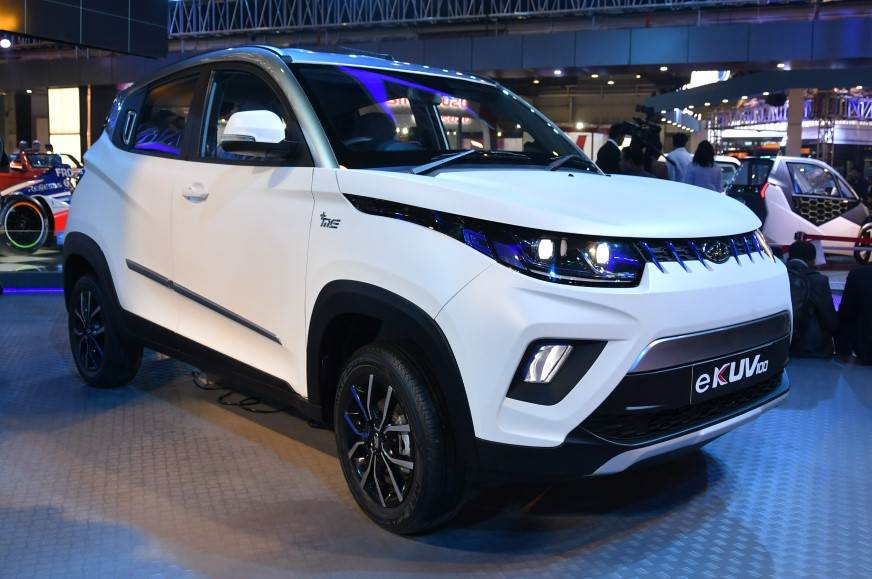 Next in line will be the electric version of Mahindra's XUV300. Built on the Mahindra Electric Scalable and Modular Architecture (MESMA) platform, which will also underpin future Mahindra EVs, the eXUV300 is expected with a 350V powertrain, though a more powerful 380V version could join the line-up later.

Mahindra is also likely to offer two battery pack options on the eXUV300. The more affordable version with the smaller battery pack will allow Mahindra to price the eXUV300 on par with the Tata Nexon EV, while the longer-range model could be pitched as a rival to the Hyundai Kona Electric and MG ZS EV. A third battery pack option is also being developed, with an even longer range to highlight the potential of its electric vehicle. The electric compact SUV is the first product with battery cells developed exclusively for India applications by LG Chem of Korea. The production-spec Mahindra eXUV300 SUV is slated for launch in the second-half of 2021. 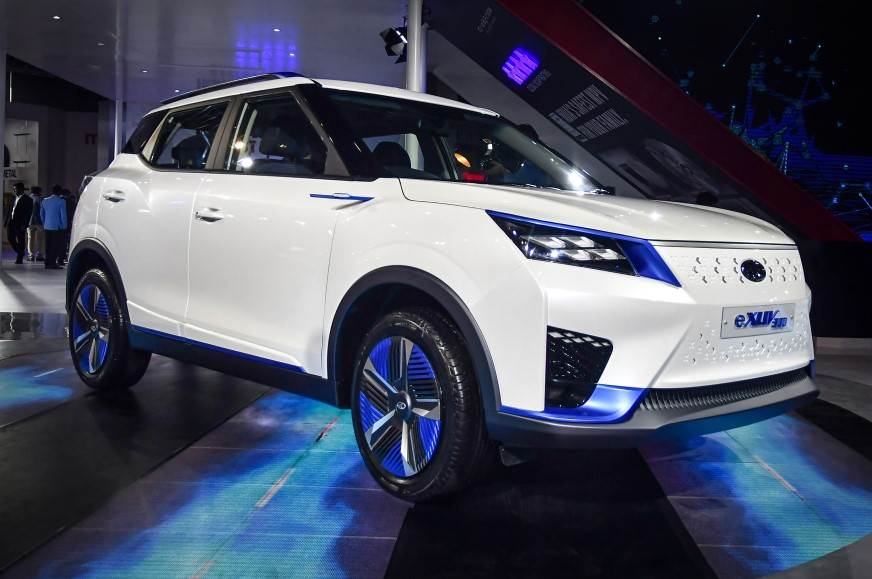 The BS6-compliant versions of the Mahindra TUV300 and TUV300 Plus are also expected to arrive in the coming months. Both models will get design updates on the outside (to help them comply with newer safety norms) and tweaks to the interior, along with an engine upgrade to meet the emission norms.

The recently launched second-generation Thar has given a shot in the arm to Mahindra. Within a month of its launch, the SUV has generated over 20,000 bookings. A sub-Rs 10 lakh starting price has helped the new Thar attract a whole new section of customers. The 2020 Mahindra Thar’s price range starts at Rs 9.80 lakh for the base AX petrol-manual and tops out at Rs 13.75 lakh for the fully-loaded LX diesel-automatic (all prices, ex-showroom).

According to Mahindra, around 55 percent of new Thar bookings are from first-time buyers and the automatic variant accounts for 44 percent of total bookings. This implies that there is demand from buyers who want a lifestyle vehicle rather than a hardcore off-roader. M&M believes it’s the mix of multiple variants, aggressive pricing and lower marketing spend, among other measures, that has done the trick.

If there is an issue, it is the waiting period for the Thar, which is currently 5-7 months. The company has put bookings for the entry-level AX variant on hold to clear the existing order backlog. The hard-top and automatic gearbox-equipped variants of both, the petrol and diesel Thar are said to be in high demand, with the top-spec LX automatic variants having a waiting period of around seven months. The brand has plans to ramp up production, from 2,000 units a month to 3,000, to meet demand by January 2021.

Mahindra, which remains bullish on its renewed strategy, may reduce its annual capex spending, estimated at Rs 3,500 crore, by just about 15 percent during the current fiscal. A key reason is that at least three of its SUV projects are towards the end of their development cycle and it would be unwise to halt the project at this level.

According to Mahindra management, there has been no further development on its joint venture with Ford, owing to delay in government approval due to the COVID-19 pandemic. M&M and Ford are said to be planning to share platforms and engines, apart from manufacturing and distribution networks. The JV with Ford is expected to bring down product development costs substantially.
The first jointly developed vehicle from the brands will be the next-gen XUV500 and its counterpart with a Ford badge (code: CX757). While the new XUV500 will be launched first, its Ford derivative will follow a little later. The two carmakers are also collaborating on a Mahindra Marazzo-based Ford MPV for the Indian market. Additionally, both brands are currently working on a new B-segment SUV as well, which is expected to see light of day in FY2022. These new SUVs from Ford India will be designed by Mahindra-owned Pininfarina.

Overall, the rollout of a clutch of new SUVs will help the M&M improve its sales traction but it will also have to contend with considerable competition in the market. Most carmakers in India are racing to ride the surging wave of demand for SUVs. It’s going to be the SUV-ival of the fittest once again in 2021.