Bookings have been halted to clear existing order backlog. 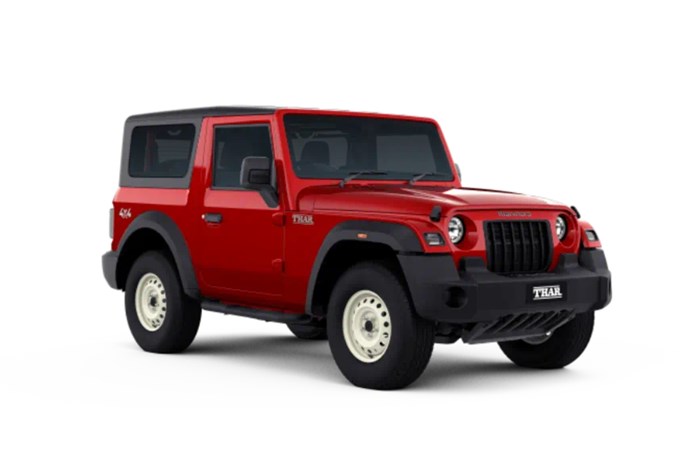 The Mahindra Thar’s entry-level AX variants have been delisted from the manufacturer’s website, and bookings for the variants have also been paused temporarily. The delisted variants include the AX Standard petrol (Rs 9.80 lakh), the AX petrol (Rs 10.65 lakh) and the AX diesel (Rs 10.85 lakh). Therefore, for now, the most affordable Mahindra Thar you can buy is the AX optional petrol-manual variant that’s priced at Rs 11.90 lakh.

Sources inform us that demand for the entry-level Thar AX variants is low hence, the manufacturer has decided to pause bookings and halt production of these variants. This is being done to clear the backlog of orders of more expensive variants the manufacturer already has. The hardtop and automatic-equipped variants of both petrol and diesel versions are said to be in high demand, with the top-spec LX automatic variants having a waiting period of around seven months.

There is no news yet as to when bookings will re-open or when the entry-level AX variants will be re-enter production. However, Mahindra recently announced the ramping-up of their production facility in Nashik, from 2,000 units per month to 3,000 units per month, in an effort to clear the backlog sooner. The new-gen Thar has proven to be hugely popular amongst buyers so far, with the 4x4 garnering over 20,000 bookings in just a month from its launch.

The new-gen Mahindra Thar is available with petrol and diesel engine options. The petrol engine is a 2.0-litre, four-cylinder turbocharged unit that produces 152hp and 300Nm (320Nm with the automatic gearbox). The diesel unit is a 2.2-litre, four-cylinder, turbocharged mill making 132hp and 300Nm. Both engines get a 6-speed manual and 6-speed automatic gearbox option. As standard, the Thar gets a 4x4 system and a manual-shift transfer case with a low ratio.

Mahindra held an online auction for the Thar’s first unit, with all proceeds going to charity. The first unit of the Thar ended up selling for an astonishing Rs 1.11 crore.