The second of the four new SUVs from Mahindra-Ford will be unveiled in FY22. 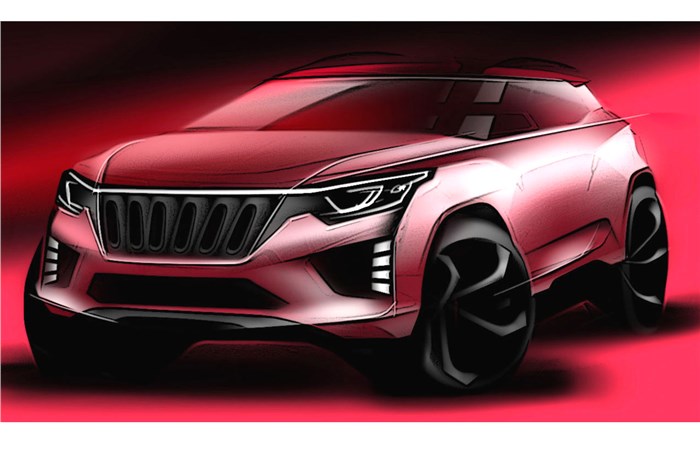 Mahindra joined hands with Ford in India in October last year and the companies have commenced work in multiple areas of cooperation. On the product front, the partnership will yield four new SUVs (two each from Mahindra and Ford) that are being co-developed for the Indian and international markets. While much is known about the next-gen XUV500  and its Ford derivative, we have fresh details on the engines that will power the second (and smaller) pair of Mahindra-Ford SUVs due a little later.

What is Mahindra-Ford's B-segment SUV plan?

The new Mahindra-Ford B-segment SUVs will be fresh models that will be positioned below the next-gen Mahindra XUV500 (W601) and its Ford twin (W605). Internally known as the Mahindra S204 and Ford B745, these SUVs will be around 4.3m in length, will feature monocoque construction, and will have either front-wheel drive or all-wheel drive depending on the variant and target market. Both models were green-lighted for production long ago.  What's more, there are talks that the Mahindra version, in keeping with the company’s alpha-numeric naming strategy could be christened 'XUV400', as it will slot in between the XUV300 and XUV500.

What will power these B-segment SUVs?

As reported by us earlier, the Mahindra S204 and Ford B745 will have a lot in common. They will not only share the same platform but will also have a lot of similarities on the powertrain front. We can confirm that these SUVs will be powered by Mahindra's G15 1.5-litre turbo-petrol engine. This direct-injection unit churns out a healthy 163hp and does duty on the SsangYong Korando SUV abroad.  The upcoming BS6 Marazzo petrol will also feature the same engine in the Indian market. This mill is part of Mahindra's G-series mStallion  petrol engine family that also includes the 1.2-litre turbo-petrol direct-injection variant which will power the XUV300 Sportz in the coming months. The Mahindra-Ford SUVs will have a diesel engine as well, most likely to be a derivative of the 1.5-litre four-cylinder seen on the Mahindra Marazzo MPV.

When will the first Mahindra-Ford co-developed SUV roll out?

While the development of these SUVs has been ongoing, the first product will be from the larger C-segment combo, most likely be the next-gen XUV500 that has already been spotted on test multiple times. Mahindra has reconfirmed that, despite COVID-19 related delays, the SUV will see a market launch by the end of FY21, that is the first quarter of 2021. As far as the B-segment models go, the company has confirmed to us that the B-segment models (Mahindra S204 and the Ford B745) will only see light of day in FY22, most likely in the second half of next year.

Will the Ford EcoSport benefit from the Mahindra-Ford JV?

The short answer is yes. The Ford EcoSport will get Mahindra's 1.2-litre turbo-petrol engine in place of Ford’s 1.0-litre EcoBoost that was available in India until last year. Expect the EcoSport 1.2 turbo petrol to hit Ford showrooms early next year.