Second-gen XUV500 to come with petrol and diesel engine options; will share underpinnings with Ford’s midsize SUV for India. 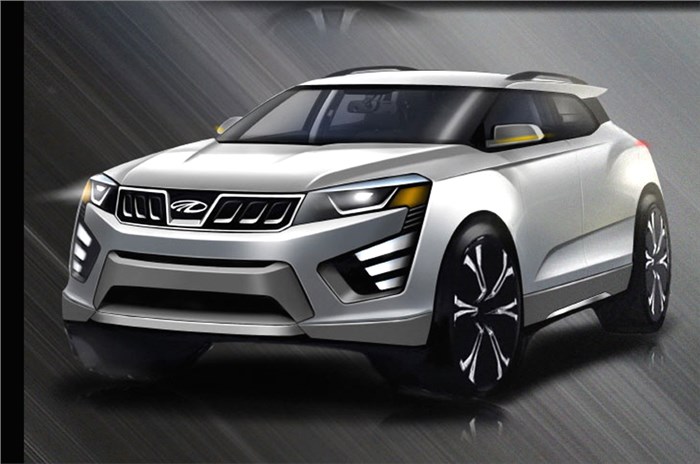 Mahindra has been rigorously testing the next-gen XUV500 SUV in India for a few months now. The company is gearing up to introduce this new SUV in our market sometime early next year, most likely by March 2021, instead of a mid-2020 launch as reported earlier. The current-gen XUV500 will chug along for now and will receive a BS6-compliant engine soon. This development was confirmed by Dr Pawan Goenka, MD & CEO, Mahindra & Mahindra, recently at an earnings call.

The new XUV500 is expected to have similar body panels and interior bits as the Mahindra Funster convertible SUV concept showcased at the Auto Expo 2020.  The new SUV will feature a more squarish design with an upright nose, flatter panels for the doors, and a hood that will blend with the SUV’s silhouette that will be unmistakably XUV500.  Key styling elements will include the Mahindra family grille and slightly smaller headlamps. It will also come with Mahindra’s signature vertically placed daytime-running lamps that first debuted on the XUV300. Expect LED headlamps and daytime running lamps to be offered as standard on the higher variants.

Also, as reported by us earlier, the second-gen model will feature flush-fitting door handles in place of the original XUV500’s distinctive ‘cheetah claw’ handles. It’s not clear if they'll have the same power-operated, pop-out function seen on newer Teslas and the latest Range Rovers, or if it'll be a lever-type arrangement as seen on Aston Martin models. In either case, flush-fitting door handles would be unique for SUVs in the XUV500’s price band. Apart from enhancing the car's looks, such handles are expected to help improve vehicle aerodynamics, but it remains to be seen to what extent it'll help the next-gen XUV500.

On the inside, the new XUV500's dashboard will also resemble the one seen on the Funster concept. The instrument cluster will be a full-digital unit, at least in the higher variants, and a second large screen, for infotainment duties, will be positioned next to it. Just like the current SUV, the second-gen XUV500 is expected to come with a 3-row layout.

The second-gen XUV500 will use a BS6-compliant, 180hp, 2.2-litre diesel motor that is likely to be introduced first on the current-gen XUV500.  The motor features a DPF (diesel particulate filter) and SCR (selective catalytic reduction) to help it clear the stringent BS6 norms. Gearbox choices are between a 6-speed manual and a 6-speed torque converter automatic, as on the outgoing model.

Additionally, we can confirm that the upcoming XUV500 is also likely to get Mahindra’s freshly developed 2.0-litre petrol engine. This unit will deliver a healthy 190hp and 380Nm of torque, and will feature direct injection as well as turbocharging.

A Ford derivative of the Mahindra XUV500 is also on track and is expected to launch a little later. It will share the mechanicals and powertrain, and will not be a mere badge-engineering exercise.  The Ford C-SUV (C-757) will have an all-new exterior, a new interior, a slightly improved chassis, and its ride and handling will be true to Ford's DNA. The SUV will be built on the same line as the next-gen XUV500 at Mahindra’s Chakan plant.

Expect more details about the next-gen Mahindra XUV500 and its Ford counterpart to be revealed closer to their market launch.