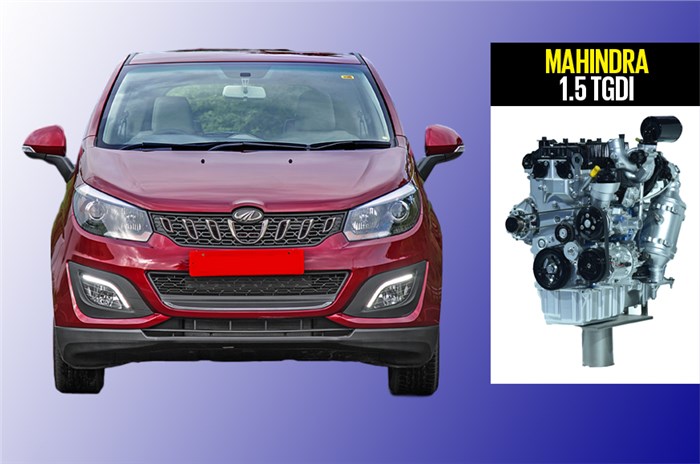 It will be the first model to be powered by Mahindra’s all-new 163hp, 1.5-litre four-cylinder turbo-petrol engine; Mahindra and Ford’s midsize SUVs will also get the engine.

The 1.5-litre TGDI (turbocharged gasoline direct injection) engine slated for the Marazzo petrol makes an impressive 163hp and 280Nm of torque. The G15 engine is, in essence, a four-cylinder version of the 130hp, 1.2-litre three-cylinder G12 unit that will be offered on the Mahindra XUV300 from April 2020 onwards. A 6-speed manual gearbox be offered as standard and there will be an Aisin-sourced 6-speed automatic as well.

A petrol option will help widen the Marazzo’s appeal but it will be interesting to see the impact on sales. To put things in perspective, of the 91,272 Maruti Suzuki Ertigas sold in the February 2019-January 2020 period, the petrol-diesel split was a near-even 49-51. However, if we talk of the Toyota Innova Crysta that operates in a higher price band, sales were heavily skewed in favour of diesels with petrols only making up 2 percent of the 58,305 units sold in the period.

While the Marazzo will be the first model to sport the G15 engine, the big numbers will come from Mahindra and Ford’s in-development midsize SUVs – codenamed S204 and B745, respectively. The G15 engine will likely also find use on the SsangYong Tivoli.

Like the diesel, we expect Mahindra Marazzo petrol prices to be bang between the Ertiga petrol’s Rs 7.59-11.21 lakh and Innova Crysta petrol’s Rs 15.36-21.34 lakh price ranges.