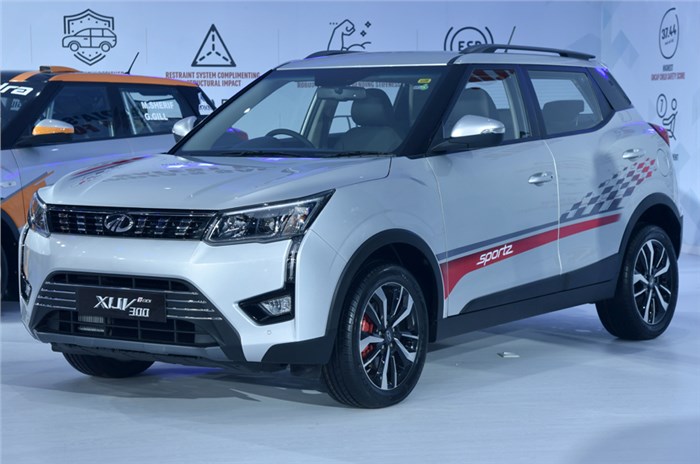 Along with the slew of electric vehicles at their Auto Expo stand, Mahindra also showcased a new Sportz variant of the XUV300. The compact SUV, which featured some cosmetic changes, and more importantly, an all-new 1.2-litre T-GDI (Turbocharged – Gasoline Direct Injection) engine, is set to launch in April.

The introduction of the new engine will also make the XUV300 Sportz the most powerful petrol compact SUV, taking over from the 123hp Ford EcoSport petrol. This unit will also be shared with Ford for use in the EcoSport, as a replacement for its now-discontinued 1.0-litre EcoBoost unit.

In terms of cosmetics changes, the XUV300 Sportz gets body graphics, with ‘Sportz’ mentioned on the front doors and red front brake calipers, in order to differentiate it from the standard XUV300. The Sportz's cabin gets an all-black treatment, with red highlights on the dashboard and red contrast stitching on the seats.

The XUV300 competes in one of the most tightly contested spaces in the market, rivalling the likes of the Hyundai Venue, Tata Nexon, Ford EcoSport and Maruti Suzuki Vitara Brezza. Mahindra will also launch the all-electric version of the compact SUV, the eXUV300, in the second-half of 2021.