Current-gen Scorpio will get a BS6 upgrade this month, while next-gen SUV to get a 190hp petrol. 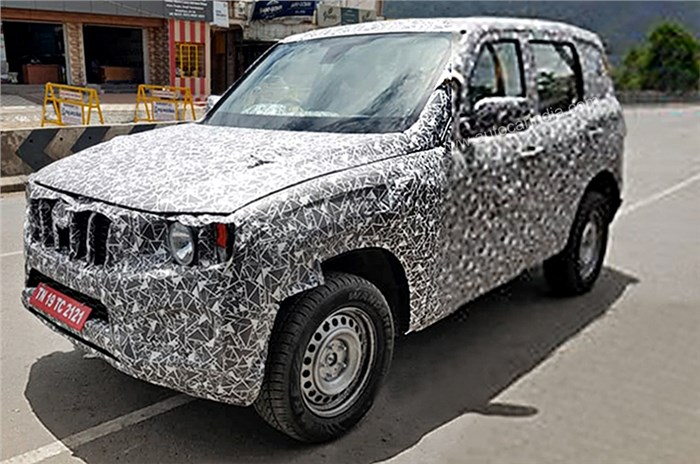 It is well known that Mahindra has been readying an all-new Scorpio for our market for a while now. However, what we know now is that the model isn't expected any time soon. Dr Pawan Goenka, CEO & MD, Mahindra & Mahindra recently confirmed that the next-gen Scorpio (internally known as Z101) will see a launch sometime in the second quarter of 2021, which means the model will hit Mahindra showrooms sometime around April-June next year.

For the first time, the new Scorpio will sit on a freshly updated ladder-frame chassis that will underpin the second-gen Mahindra Thar as well. Additionally, the next-gen Scorpio will get new body panels and the design will sport the upright silhouette that has defined the SUV since it was first launched in 2002. Some of the elements will be designed to comply with pedestrian safety norms.

The new Scorpio’s body will feature strong character lines that run along the sides, including a pronounced kink on the rear door pushing upwards along with the window line, as seen on modern Mahindra models like the XUV300 and also expected on the next-gen XUV500 SUV. Moving to the rear, it is likely that the SUV will continue using a side-hinged door with vertically placed tail-lights at either corner.

On the inside, there'll be a fresh dashboard layout with the provision for a large touchscreen infotainment system. The new Mahindra Scorpio is expected to share a lot of switchgear with the Marazzo, like the steering wheel, gear knob, control stalks and even the instrument cluster, which will help keep costs in check.  While it is not confirmed if the new SUV's interior and exterior design draws influence from Mahindra-owned design house Pininfarina, we can confirm that it was conceptualised and shaped at Mahindra's North American Technical Centre in Detroit, United States, and has been engineered and developed at the Mahindra Research Valley in Chennai.

Under the hood, the new Scorpio SUV will come with a 140hp, 2.2-litre diesel, and also Mahindra’s new G20 2.0-litre petrol engine that's expected to make around 190hp and 380Nm. Both will, naturally, be BS6-compliant.

The new Scorpio is one from the several new launches planned by Mahindra in the next 24 months. The other models include the next-gen XUV500 and the all-new Thar.