E100 to be built on Mahindra’s MESMA EV architecture; will have much in common with the India-spec eXUV300. 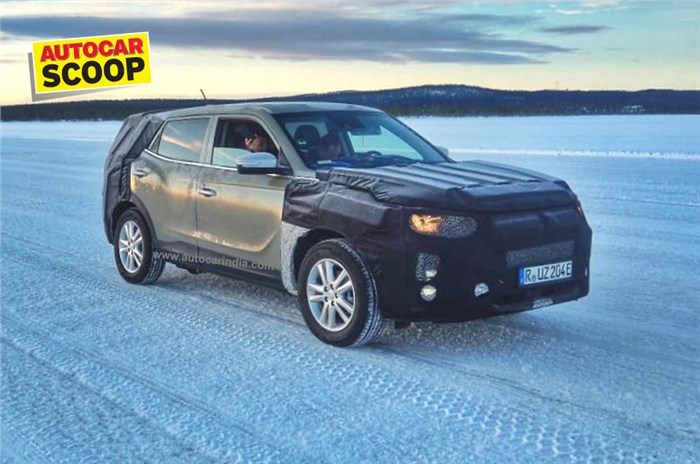 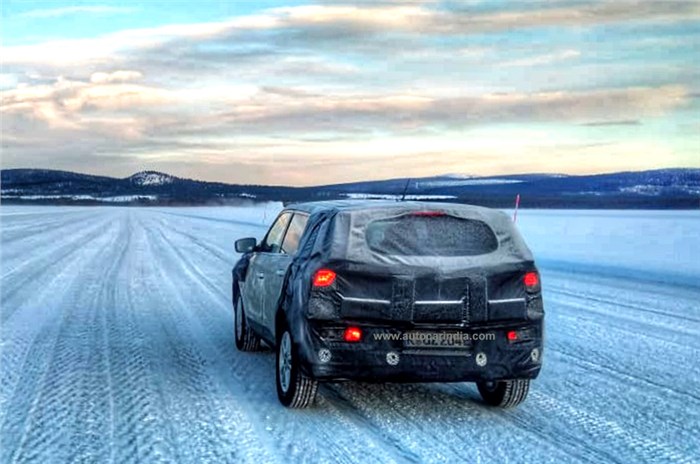 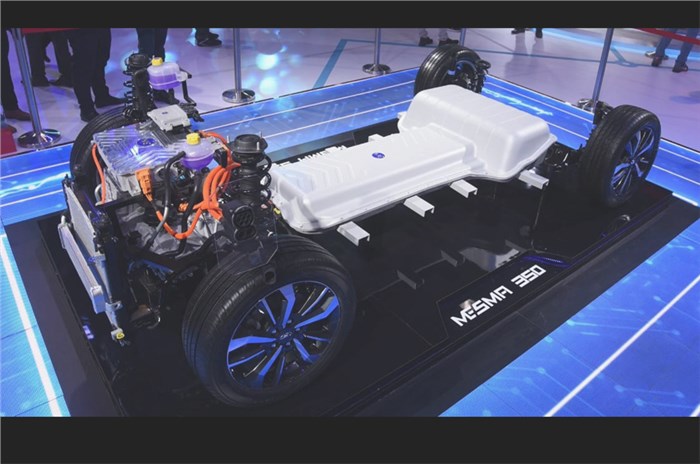 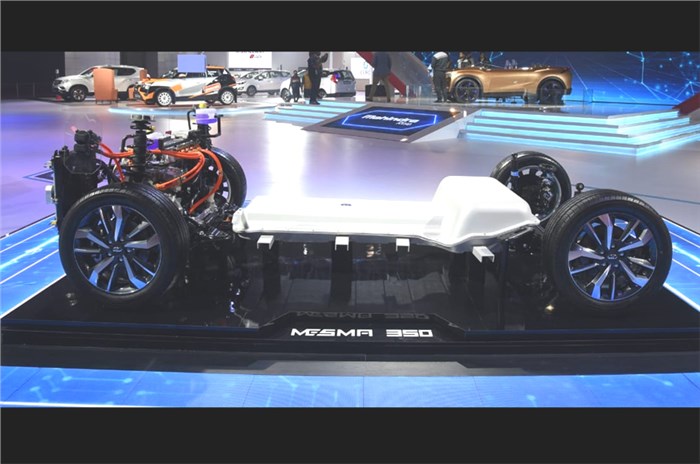 We’ve just got first pictures of the all-electric version of the SsangYong Tivoli (codename: E100) undergoing cold-weather testing in Sweden. It’s a significant catch because the SsangYong Tivoli electric is slated to be the first production model on the made-in-India MESMA or Mahindra Electric Scalable Modular Architecture. The Tivoli electric’s sub-four-meter cousin, the Mahindra eXUV300, will be the first model in India to be built on MESMA. The 350V architecture, and the Mahindra eXUV300 it will underpin, got their first showing at Auto Expo 2020.

The photographs show the test mule with a covered-up front and rear, suggesting the E100 will get slightly different styling from the combustion-engine Tivoli, an approach Mahindra will also use on the eXUV300. Sources privy to information from the test runs say the E100 has performed “extremely well” in cold-weather testing. While SsangYong and Mahindra have not disclosed an official range, it is learned that the E100 has been consistently delivering in between 400-450km on a full charge. The E100 is expected to use a near-60kWh lithium-ion battery pack that will power a 150kW (or 204hp) electric motor. A more affordable version with a smaller battery pack and range of about 300km is also known to be in development. The SsangYong E100’s powertrain will be made in India at Mahindra’s new EV production facility at Chakan near Pune.

The E100’s specifications are of great interest because they give an idea of what to expect on the India-spec eXUV300. The eXUV300 will also be sold in India with two powertrains – the more affordable version will be pitched against the Tata Nexon EV while the higher output model could be positioned as a powerful alternative to the larger Hyundai Kona Electric and MG ZS EV. However, Mahindra Electric engineers we had spoken to earlier said the process of fine-tuning the powertrain for India is still on. While liquid-cooling helps keep the battery pack and ancillaries at optimum operating temperature, the effect of humidity on range and performance still needs to be gauged.

The SsangYong E100 or Tivoli electric will go on sale in Korea within this year, with a Europe launch to follow soon. At Auto Expo 2020, Mahindra had revealed a ‘late 2021’ launch for the eXUV300. However, don’t be surprised if the eXUV300 goes on sale a lot sooner.