The newly revealed model will make an appearance in the 25th instalment in the James Bond franchise, alongside the Aston Martin Valhalla. 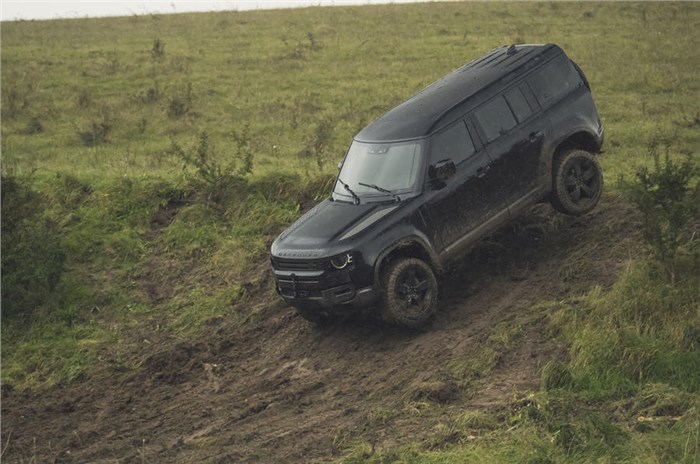 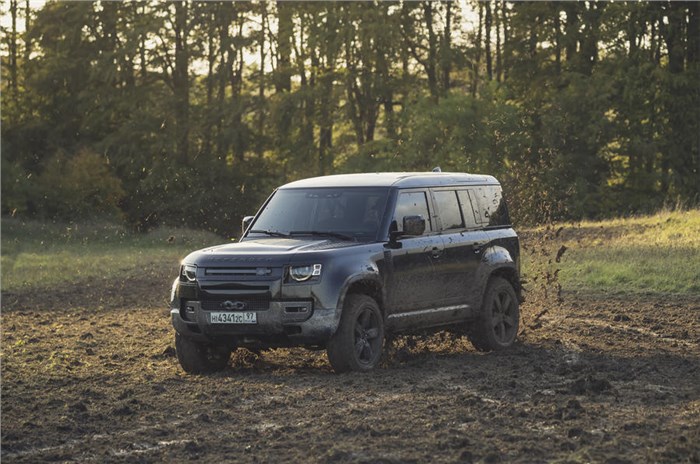 Land Rover has confirmed that the new Defender off-road SUV will get an appearance in the next James Bond film.

The latest instalment in the iconic secret agent series, No Time to Die, will be released in India on April 8 2020, and will feature the reborn off-roader as part of a traditional car chase sequence.

The exact nature of the Defender’s role is yet to be confirmed, but Land Rover claims the production’s stunt team have driven it in “the most extreme off-road conditions, demonstrating its unstoppable nature”.

A video clip released by the firm shows a group of Defenders being driven at speed on challenging off-road terrain and jumping high into the air. One clip even showed the car seemingly rolling onto its side.

The Defender selected for the film is the mid-sized 110 variant, which sits between the shorter 90 and longer 130 wheelbase models. It has been specified in range-topping X trim, and comes fitted with optional equipment including darkened skid plates, 20-inch black alloy wheels and heavy-duty, off-road tyres.

Speculation that the Defender could appear in No Time to Die was fuelled by spy shots of the model seen on set in August – a month before it was officially unveiled at the Frankfurt motor show.

The SUV will appear alongside Aston Martin’s upcoming Valhalla hypercar, which was, in June, confirmed as Bond's car. The mid-engined hybrid is the latest in a long line of Aston models to feature in Bond films, following past appearances by the firm’s DB5, DBS, Vanquish, V8 Vantage and one-off DB10.

Land Rover has also confirmed that its Range Rover Sport SVR will appear in the new film, alongside a selection of historic models including the Series III and the Range Rover Classic.

As per our previous report, the new Land Rover Defender will be launched in India in late 2020, with a price tag that's expected to be in the range of Rs 55-60 lakh.