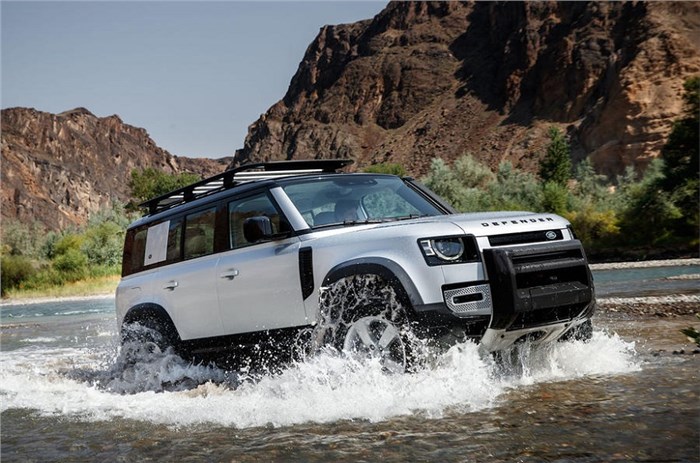 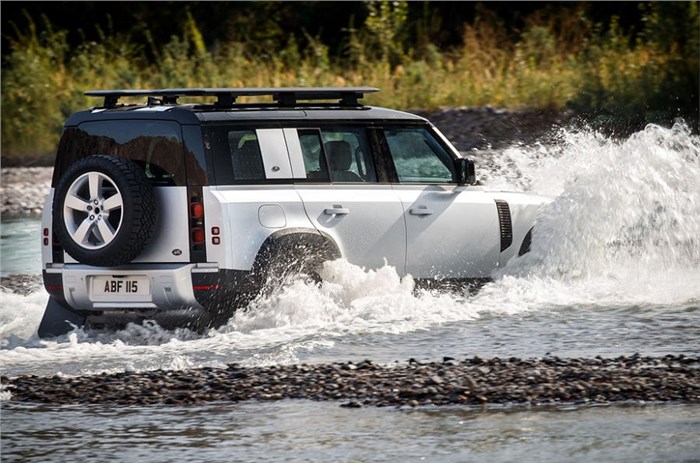 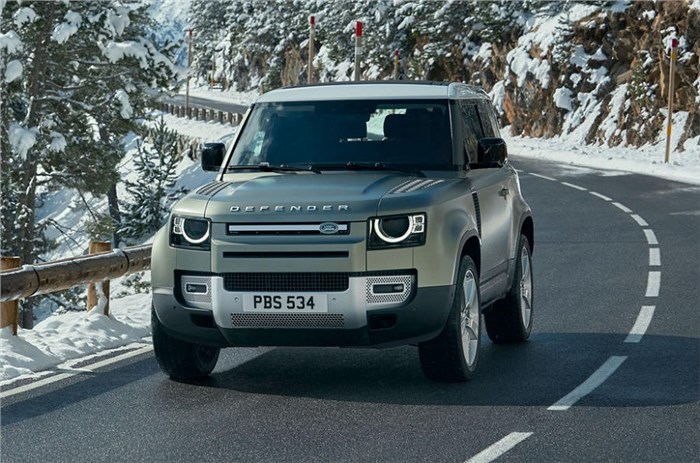 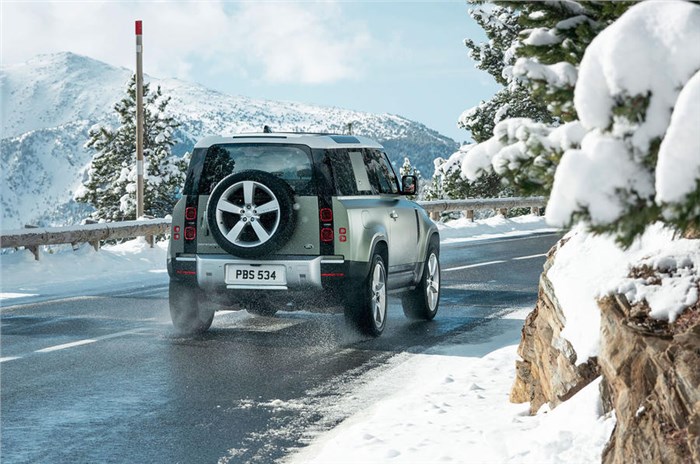 Months after being seen sans camouflage, the all-new Land Rover Defender has made its official debut at the 2019 Frankfurt motor show. The new Defender has been reborn as a mainstream model for the global market, taking heavy design and capability cues from the iconic original model, which was withdrawn from sale in 2016. 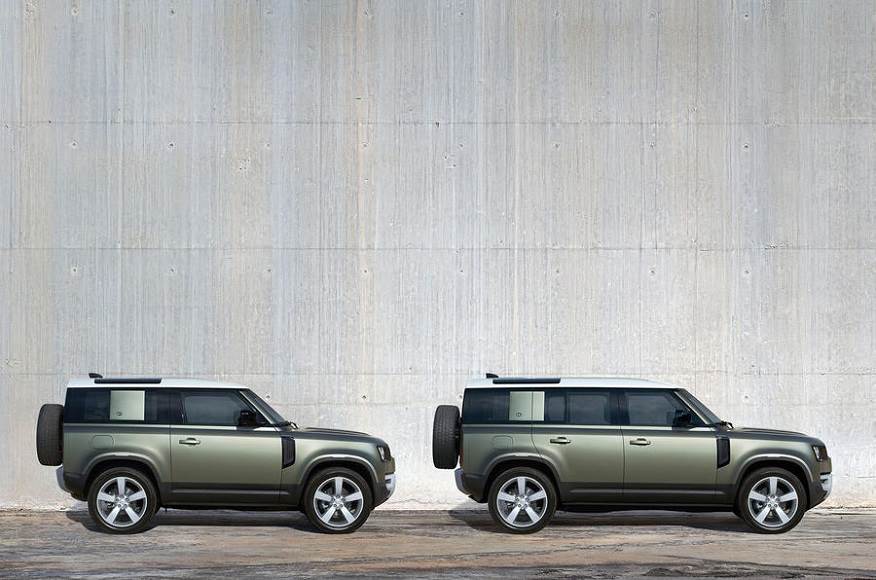 Initially, the Defender will be offered in five-door Defender 110 form, while a compact three-door Defender 90 will go on sale shortly after. By far, the potentially most divisive aspect of the new Defender is its styling; most notably the exterior, which has evolved from its utilitarian roots with the goal of delivering more sophisticated albeit rugged appeal. Nods to earlier Defenders include the short front and rear overhangs, the squared-off wheel arches and its notably upright stance. The square panel that sits in the rear glass is a design flourish that buyers can spec on or off. Optional extra packs – from a folding fabric roof that allows second-row passengers in the 110 to stand up, to a roof-mounted tent, a side ladder and side window carriers – add further versatility.

To emphasise the car’s off-road capabilities, Land Rover’s design team sought to leave many of the fixtures and fittings – from the door handles to door bolts on the interior – visible. They also opted for details such as an inset bonnet over a clamshell arrangement, a side-hinged boot and the option of a spare wheel on the back. Headline figures include 291mm of ground clearance, a 38-degree approach angle and 40-degree departure angle, a 900mm maximum wading depth, 900kg maximum payload, 300kg roof load and up to 3,500kg towing capability.

Inside, the vast flat-top dashboard, cast from magnesium alloy, is a structural part of the car and is set low to boost visibility. It is also notable for its structural grab handles that give occupants a constant visual reminder of the car’s go-anywhere ability. The 10.0-inch screen displays Land Rover’s next-generation infotainment system, called Pivi Pro. It is said to be more user-friendly and intuitive – both criticisms of Jaguar Land Rover’s previous tech – and requires up to 50 percent fewer inputs to perform frequent tasks than before. Systems updates can also be made to the car over the air. 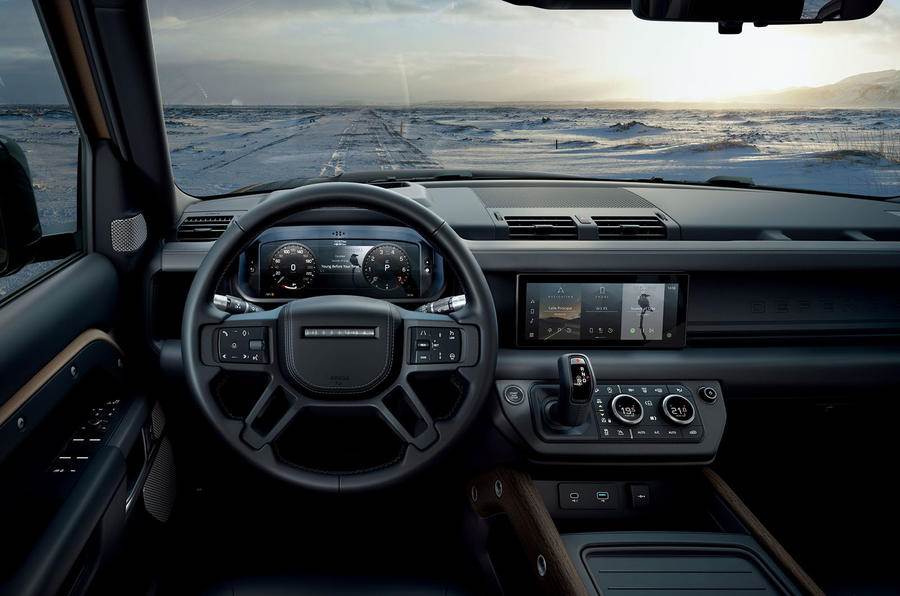 Notably, the dash-mounted gearshifter (the Defender is not available with a manual ’box) leaves room for an optional central ‘jump’ seat as found on the earliest Land-Rovers. That means the Defender 110 can be specced as a five-, six- or five-plus-two-seater. Boot space behind the second row is 1,075 litres, rising to 2,390 litres if the second row of seats is folded, figures that eclipse those of the seven-seat Discovery. The Defender 90 will hold up to six people.

The Defender sits on Land Rover’s D7x platform, with ‘x’ standing for 'extreme'. The company says it is the stiffest body structure it has produced. Although it is a reworked version of the firm’s existing modular architecture, it is described as being 95 percent new. The aluminium structure has been designed to accept electrified – but not fully electric – powertrains.

The Defender’s driving proficiency is boosted mechanically by permanent four-wheel drive, the choice of independent air or coil spring suspension, a twin-speed transmission, locking centre differential and active rear locking differential. Aiding off-road driving, the Defender has so-called Configurable Terrain Response, which employs electronic aids at varying intensities according to a range of conditions or which can be left on an automatic setting. There are also three levels of throttle and gearbox sensitivity aimed at boosting driver control. Other tech to aid off-roading includes Land Rover’s ClearSight Ground View, which displays the area under the bonnet and ahead of the front wheels on a central touchscreen, Hill Launch Assist and Enhanced Hill Hold. 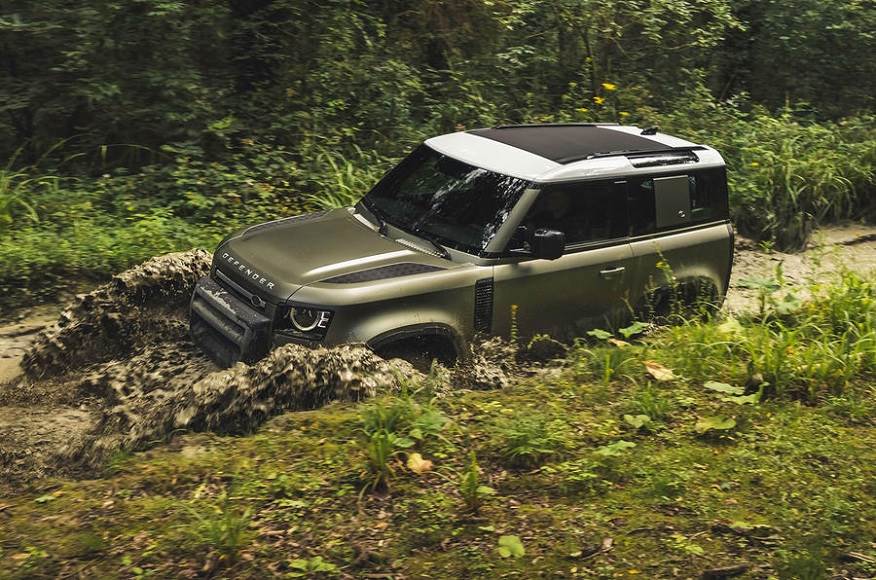 The Defender is initially being launched with a choice of four- and six-cylinder diesel and petrol engines; but the firm has committed to sell a plug-in hybrid variant from 2020. Rumours suggest this will be designated the P400e.

Land Rover has confirmed the Defender will go on sale in India by late 2020. While the carmaker hasn’t finalised the version or pricing for India, we expect the Defender to be brought to India in five-door 110 form, with the choice of petrol and diesel engines.

Would you consider a Defender over a like-priced luxury SUV? Let us know in the comments section below.