The carmaker is evaluating an extended version of the Defender to better compete with the Mercedes-Benz G-class. 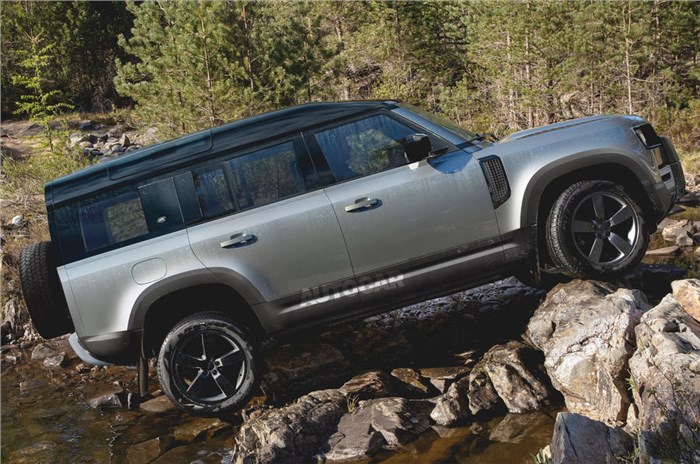 Land Rover isn't resting on its laurels following the new Defender’s unveilingAn eight-seat 130 variant is set to join the three-door 90 and five-door 110 models in the coming years.

First reported by our sister publication Autocar UK earlier this year after a brand presentation was leaked, the 130 is destined to be revealed in the second half of next year, before its launch in 2021.

Despite the model’s badge, it will share its wheelbase length - just over 3 metres - with the 110, meaning no costly platform extension is required. Instead, Land Rover is set to boost the car’s rear overhang to allow it to offer up to eight seats. It will be around 5.1 metres in length, making it 342mm longer than the 110 version, but around 50mm shorter than the BMW X7.

Land Rover has still to officially confirm the 130’s existence, but it is described internally as the ‘premium explorer’ of the range and is aimed at large, active families who like to travel.

The 130 will increase the Defender’s price point, fitting with Land Rover’s desire to establish the 4x4 in the high-end, high-margin off-roader segment alongside models such as the Mercedes-Benz G-class. It could also help the car’s popularity in China and the US, where large SUVs are far more popular than in Europe.

Ultra-high-spec models are being worked on by Land Rover’s Special Vehicle Operations department, likely with inspiration from the division’s various high-end Range Rover spin-offs. This would allow Land Rover to capitalise on the global popularity of high-power, high-price 4x4s, bolstered by the latest Mercedes-AMG G63.

While other Defender variants will appear, it is now understood that the rumoured pickup model has been axed from the product plan. It is thought that company bosses have been unable to make the development costs of the pickup viable, and they consider that the standard 110 and upcoming 130 offer enough loadspace versatility with no need to remove the roof and expose the bay to the elements. Land Rover produced a pickup model throughout the old Defender’s life, all the way back to the original Series 1.

Land Rover has confirmed the Defender will go on sale in India by late 2020. While the carmaker hasn’t finalised the version or pricing for India, we expect the Defender to be brought to India in five-door 110 form, with the choice of petrol and diesel engines.