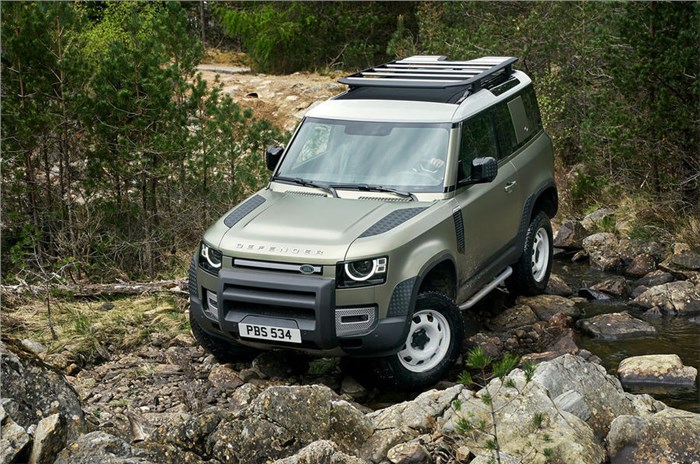 Land Rover is working on a remote control system for its new Defender that would allow low-speed driving from outside the car.

The system is designed for off-road use, allowing owners to negotiate obstacles and tight spots with more precision than if they were inside the car.

Chief product engineer Stuart Frith confirmed the car is “capable of being able to do that in terms of its architecture." He added: "We’ve got as far as understanding how to do it, and we’ve run prototypes as well.”

The technology would be an extension of the Defender’s 3D Scout system (it projects a virtual image of the car and its surroundings onto the infotainment screen) and would require the car’s wearable Activity Key to verify the driver is nearby and in control of the car.

While the new Defender has advanced traction systems, clever software and better visibility with cameras and other sensors, Frith said there's no substitute for checking the surroundings from outside the car to get over obstacles. “If you’re in a tight spot and you’re on your own, you can still get out of the car and ‘spot it' yourself," he commented.

While some cars already on sale can perform low-speed parking manoeuvres by remote control, adding steering to the mix and dealing with challenging terrain makes things more difficult. Legislation is currently the biggest hurdle, with regulatory bodies wanting safety assurances.

Land Rover has confirmed that it will bring the new Defender to the Indian market by late-2020. Although the carmaker hasn’t confirmed the prices or which versions they plan on bringing to our market, we expect Land Rover to bring the Defender in the five-door 110 form.