The upcoming version of the Seltos, dubbed Project X, is expected to be based on the X-Line concept that was showcased at the Auto Expo in 2020. 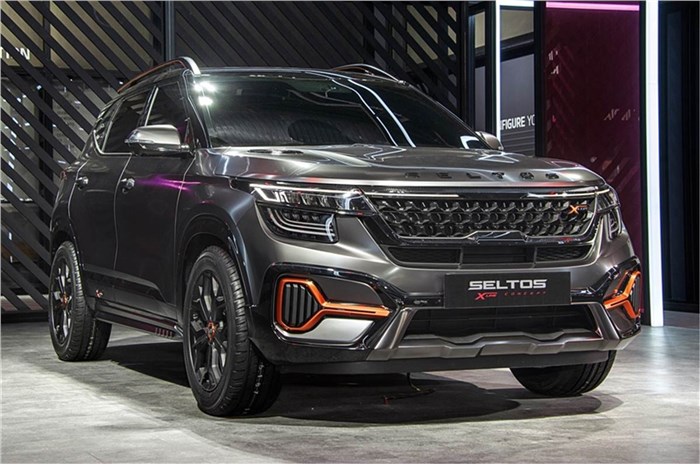 The Seltos X-Line concept displayed at the 2020 Auto Expo 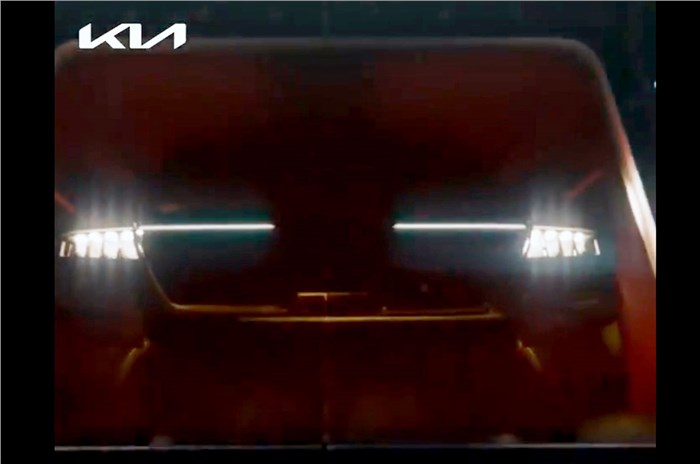 The Kia Seltos line-up will soon be expanded with a blacked-out version of the SUV. The automaker has teased the upcoming model under the 'Project X' banner. Expect the tough-looking Seltos to take after the X-Line concept that was displayed at the 2020 Auto Expo.

Kia Seltos X-Line (Project X): how will it differ from the regular Seltos

The Seltos X-Line concept, showcased in Delhi-NCR last year, came with a special stylistic treatment to set itself apart from the standard model. The pumped-up SUV wore a matte grey paint shade and had most of its body accents blacked out, save for the chrome applique along the sideboards. It sported a dark chrome surround for the grille, gloss black trim on the bumper and bronze-coloured elements for the fog lamp housings.

The rear featured a dark chrome bar between the tail lights, and gloss black and bronze trims on the bumper, in addition to a prominent faux skid plate. And though the alloy wheel design was borrowed from the standard Seltos’ GT Line, it came with a darker shade. The basic profile of the SUV, however, remained unchanged.

Expect most of these design touches to be carried forward to the production-spec model.

This is not the first time Kia is using the 'X-Line' moniker on the Seltos. In late 2019, it had revealed the X-Line Trail Attack and X-Line Urban concepts based on the US-spec Seltos at the LA Auto Show. The models featured a 176hp, 1.6-litre turbo-petrol engine with all-wheel-drive (AWD).

However, the Seltos X-Line for Indian customers is expected to be launched without any changes under the hood, since powertrain modifications will be prohibitively expensive, considering that no Kia model in India gets the larger hearted turbo-petrol or AWD capabilities.

The standard Kia Seltos is priced at Rs 9.95-17.65 lakh (ex-showroom, Delhi). Expect the Seltos X-Line to cost a premium over the regular model. Interestingly, this will be Kia’s second run at offering a spruced-up version of its midsize SUV, having launched the Seltos Anniversary Edition in limited numbers last year.

When it arrives, the Seltos X-Line will duke it out with the Tata Harrier Dark edition, Hyundai Creta, Nissan Kicks, Renault Duster, Skoda Kushaq and the upcoming Volkswagen Taigun in our market.