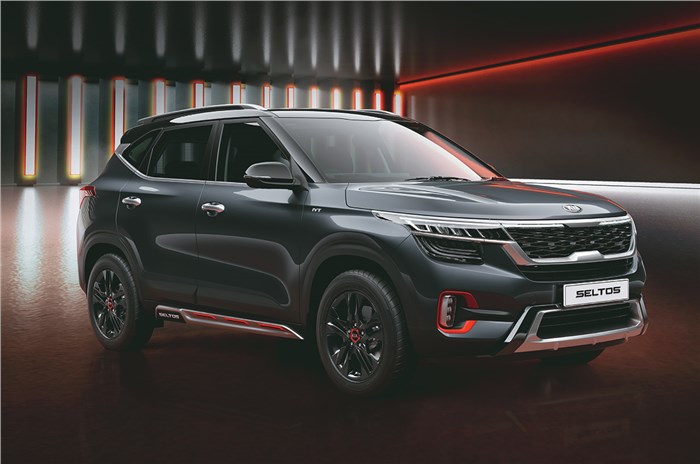 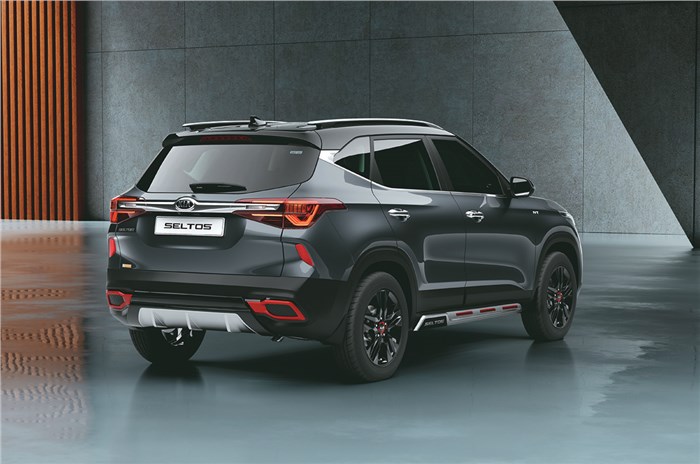 The Kia Seltos Anniversary Edition has just been launched in India, with prices starting at Rs 13.75lakh and going up to Rs 14.85 lakh (ex-showroom, India). This new, limited-edition variant celebrates the model’s one-year anniversary in India. Kia will only offer this iteration of the Seltos for a limited period of time.

As we can see form the table, the new Seltos Anniversary Edition is priced about Rs 41,000 more than the equivalent HTX trim level. Despite the increase in price and updated styling, there is still a sizeable gap in price to the sportier GT Line trims.

The biggest change on the Seltos Anniversary Edition is its exterior styling, when compared to the HTX trim level on which it is based.

Its most distinguishing feature is the orange accents present on the fog-light surrounds, side skirts, faux dual-exhaust section on the rear bumper and the centre caps of the alloy wheels. There is also an orange ‘1st Anniversary Edition’ badge on the tailgate.

Besides this, the front end has received a new bumper with a new faux skid plate design finished in silver. On the sides, there are new side skirts with new cladding finished in silver, and a Seltos badge, while the rear gets a new silver diffuser.

The wheel design is the same as the standard HTX trim, though here they are finished in Raven Black. The new bumpers have increased the length of the Seltos by 60mm, though, this won’t have any effect on the interior space on offer.

When compared to the HTX trim, the interior of the Anniversary Edition is finished in an all-black theme, with black inserts on the dashboard, door cards and even the seats are honeycomb patterned black leatherette ones.

In terms of features, the Seltos Anniversary Edition comes with everything offered with the HTX trim. This means it gets equipment like ABS with EBD, dual front airbags, LED headlights and tail-lights, keyless entry, sunroof, rear AC vents, and more.

On the tech front, there are features like a 10.25-inch touchscreen infotainment system with Apple CarPlay and Android Auto, ‘UVO’ (Kia’s connected car tech), six-speaker music system, wireless charger, air purifier and ambient mood lighting, to name a few. As with all variants after the last update, the Seltos Anniversary Edition also comes with remote engine start.

Kia has equipped the Seltos Anniversary Edition with the same engine options as the existing HTX variants. This means it can be had with a 1.5-litre petrol engine – which produces 115hp and 144Nm of torque – and comes paired with either a 6-speed manual or CVT gearbox.

There is also the option of a 1.5-litre turbo-diesel engine, which churns out 115hp and 250Nm of torque. However, in this trim, the engine only comes pared with a 6-speed manual gearbox. The 6-speed torque converter automatic gearbox is not available with the Anniversary Edition.

The limited-edition Kia Seltos competes in the mid-size SUV segment and takes on the likes of the Hyundai Creta, Nissan Kicks,MG Hector,Tata HarrierandMahindra XUV500.