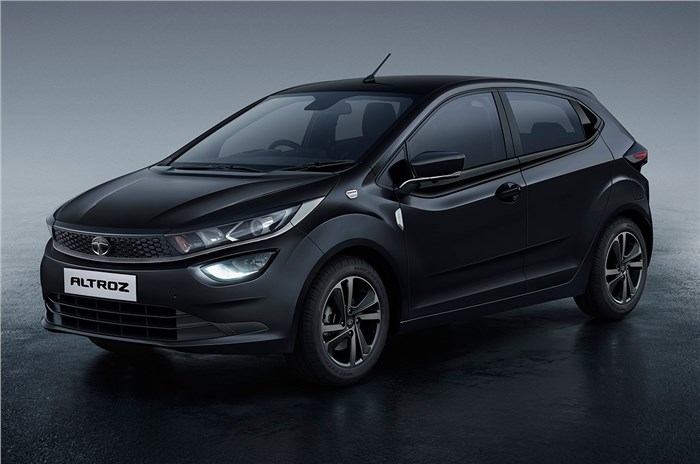 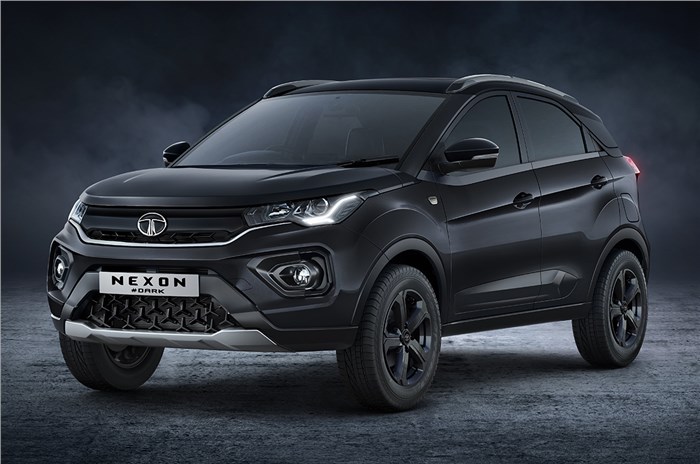 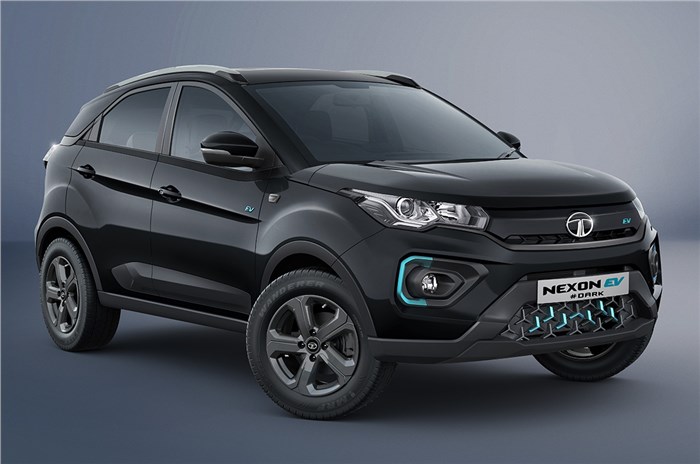 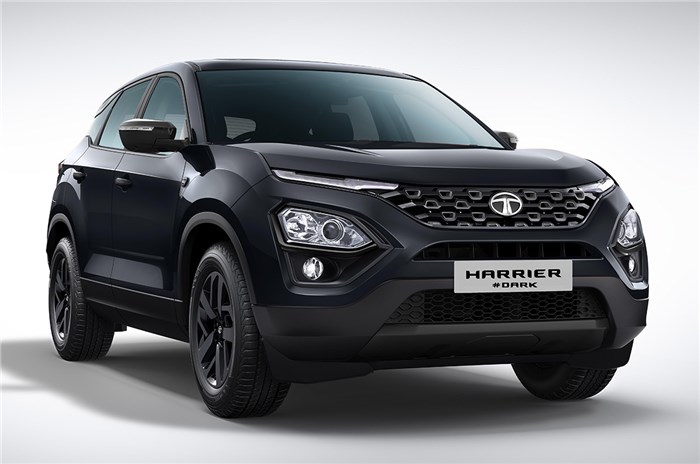 Starting with the Altroz, the Dark Edition is available in the fully-loaded petrol XZ+ varaints. Buyers can choose between a 86hp, 1.2-litre naturally aspirated unit or the more powerful 110hp, 1.2-litre turbo-petrol engine – both with a 5-speed manual gearbox. With prices starting at Rs 8.71 lakh (ex-showroom, Delhi), the Altroz Dark Edition is about Rs 30,000 more than the standard petrol Altroz XZ+. 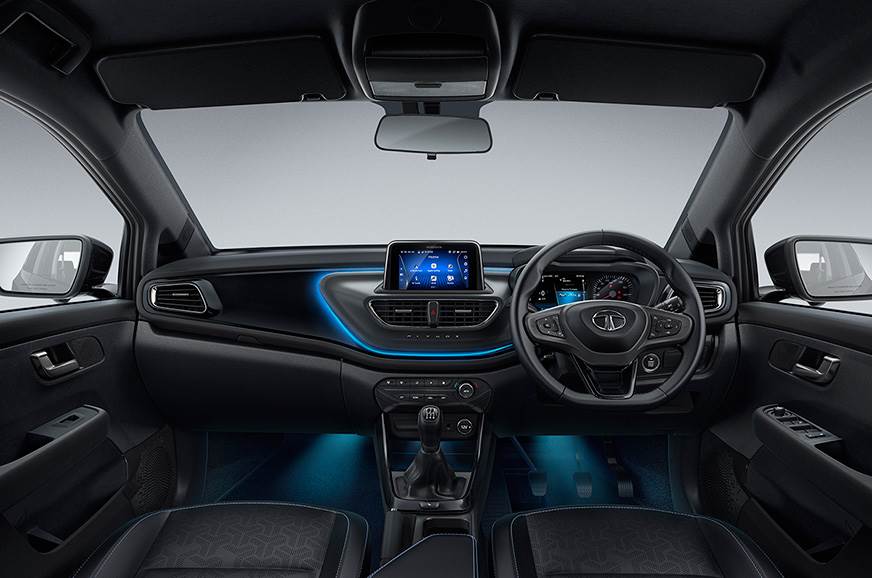 The Altroz Dark Edition comes finished in a Cosmo Dark paint finish with dark finished 16-inch alloy wheels and exterior trim elements. The darkened theme carries to the cabin as well with the leatherette seats with #Dark embroidered into the headrests.

The Nexon Dark Edition is meanwhile available in the XZ+ and XZ+(O) trim in both diesel and petrol guise. The engine options are the familiar 120hp 1.2-litre turbo-petrol and 110hp 1.5-litre diesel from the regular compact SUV with both available with a 6-speed manual or AMT gearbox option. 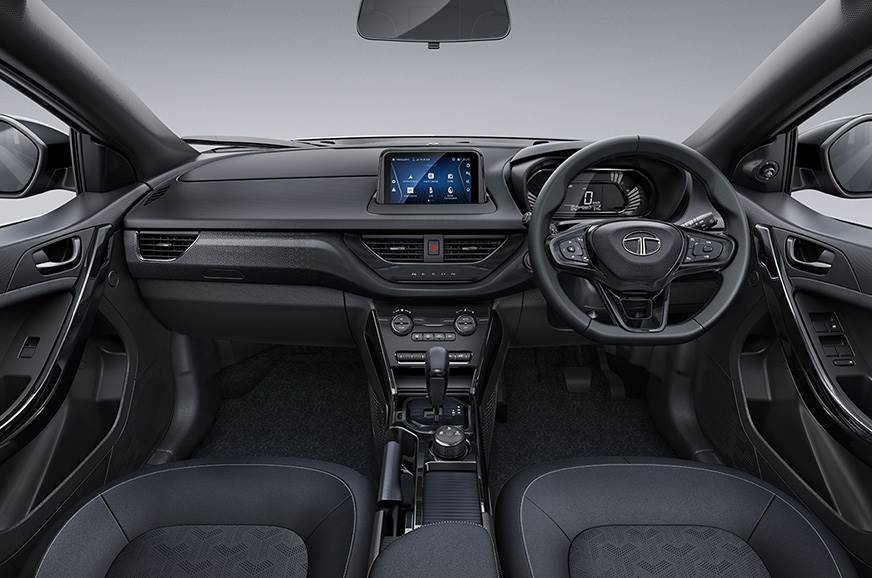 The Nexon EV meanwhile is finished in a Midnight black paint shade and retains its blue highlights that helps set it apart from the regular Nexon on the nose. The blue highlights on the beltline though are replaced by satin black inserts. 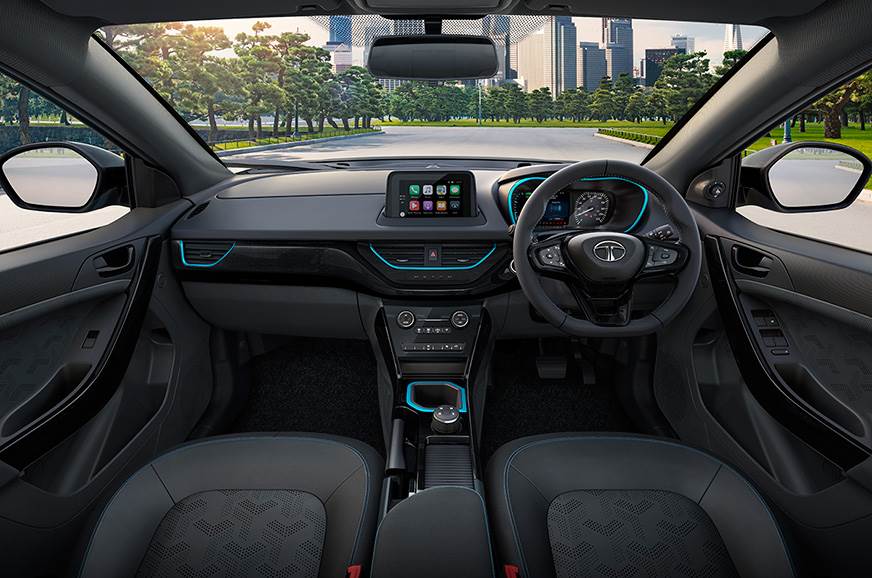 The blacked out theme carries to the inside as well, with leatherette upholstery with blue inserts and darkened trim inserts. Interestingly, the Nexon EV XZ+ trim additionally gets split folding rear seats – a feature only available on the fully-loaded XZ+ Lux trim of the standard electric SUV – and a tyre pressure monitor is standard fit as well. Prices start at Rs 15.99 lakh or about Rs 43,000 more than the Nexon EV XZ+.

There are no mechanical changes with the EV continuing to be powered by a front-mounted electric motor delivering 129hp. The motor is paired with a 30.2kWh battery that gives the compact SUV a claimed range of 312km on a single charge.

Moving to the Harrier, the updated Dark Edition models now get additional darkened trim inserts – most notably the window trim and Harrier badge on the tail on the exterior along with revised upholstery and larger 18-inch alloy wheels. Tata says that the Harrier Dark Edition is now finished in a new Oberon Black as against the outgoing version’s Atlas Black.

Inside, the cabin gets new dark-finished leatherette upholstery along with revised trim inserts. 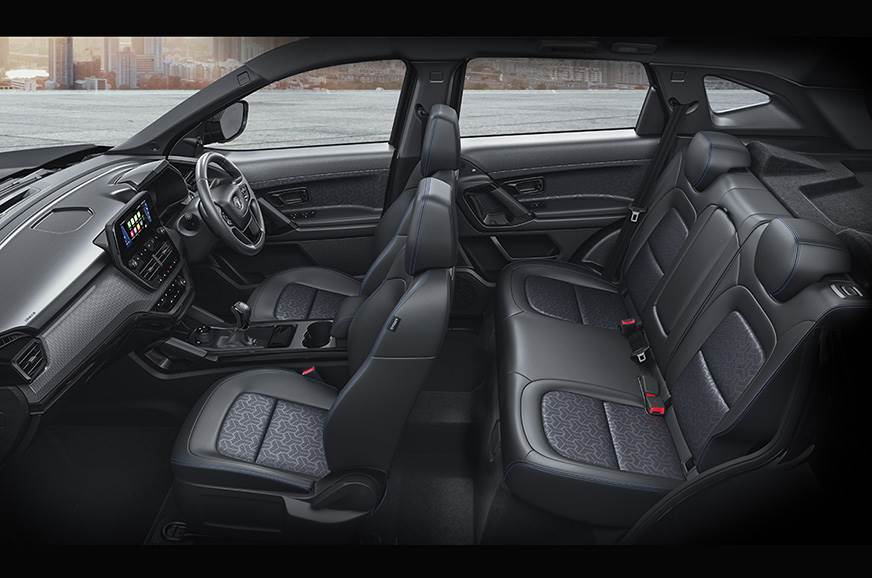 Like we had previously reported, the Harrier Dark Edition range is now limited to just three variants – XT+, XZ+ and XZA+. Buyers are offered only a sole 170hp diesel engine which is paired with a 6-speed manual in the XT+ and XZ+ and a 6-speed automatic in the XZA+.

Prices for the Harrier Dark edition start at Rs 18.04 lakh – about Rs 17,000 more than the outgoing XT+ Dark Edition.

Tata’s next big launch is expected to the HBX concept-based SUV positioned under the Nexon. The HBX will directly rival Hyundai's upcoming AX1 small SUV and also go up against models such as the Maruti Suzuki Ignis.