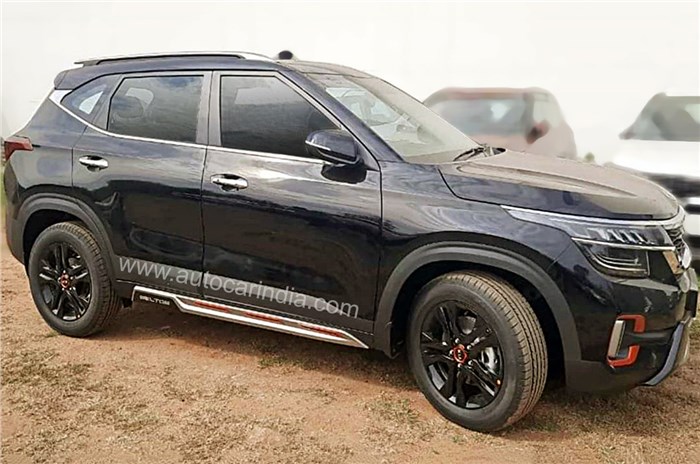 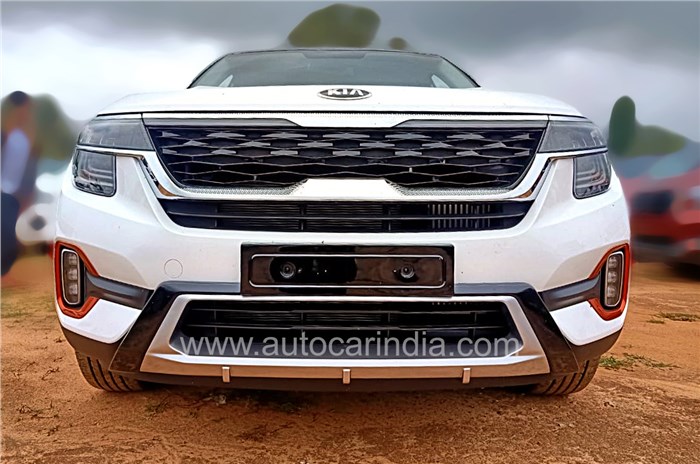 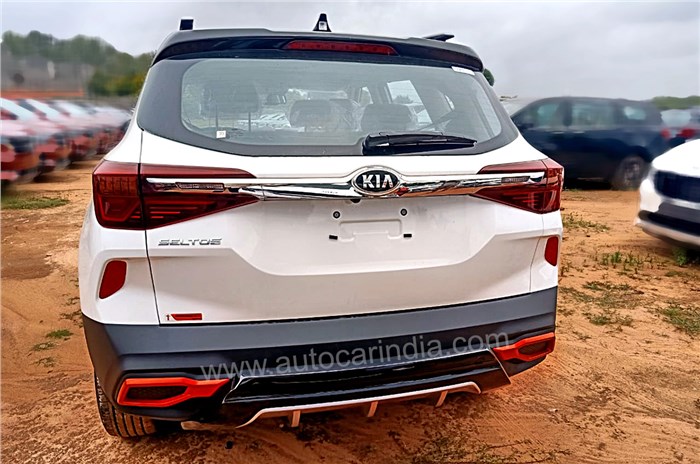 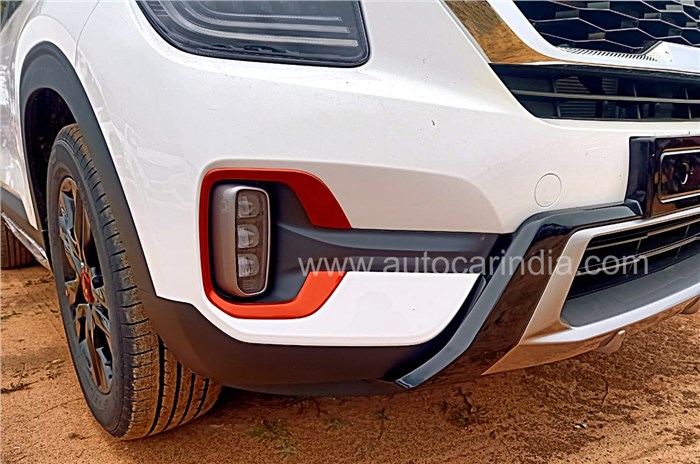 The Kia Seltos Anniversary Edition is set to launch in the coming days, in order to celebrate the model’s one-year anniversary in India. The carmaker first launched the Seltos mid-size SUV back in August 2019.

In term of design, the Anniversary Edition is noticeably different from the Seltos HTX trim that it is based on. For starters, it gets new front and rear bumpers, new side skirts and blacked-out 17-inch alloy wheels.

The new bumpers are expected to increase the length of the Seltos by 60mm, though this won’t have any effect on the interior space on offer.

There are also orange accents dotted around the exterior – on the fog-light surrounds, side skirts, lower section of the rear bumper, and the centre caps of the alloy wheels. Additionally, there is also an orange ‘1st Anniversary Edition’ badge on the tailgate. These orange accents resemble those seen on the Kia Seltos X-Line concept shown at the 2020 Auto Expo.

Also available will be a 10.25-inch touchscreen infotainment system with Apple CarPlay and Android Auto, ‘UVO’ (Kia’s connected tech), six-speaker music system, wireless charger, air purifier and ambient mood lighting. It will also get remote engine start, which was made standard across the range with the last update.

The interior will also feature an all-black theme with honeycomb-patterned black leatherette seats.

The powertrain options are also going to be the same as in the HTX variant, as the Anniversary Edition doesn’t feature any mechanical updates. This means the Seltos Anniversary Edition will come with a 115hp, 1.5-litre petrol engine that can be had with either a 6-speed manual or CVT gearbox.

There will also be the option of a 115hp, 1.5-litre turbo-diesel engine that will only be offered with a 6-speed manual gearbox.