Kia has gained a 3 percent market share in the UV segment on the back of strong demand and sales of the Seltos, which amounted to 13,790 units in two months. 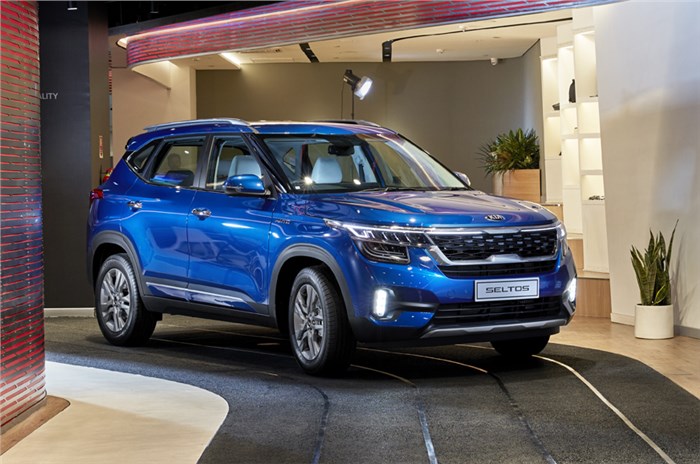 Kia Motors may be new to the Indian market but its first two months have been very positive. The Korean brand made its debut on August 22, 2019, with the Seltos – priced between Rs 9.69-15.99 lakh – and then added two top-spec automatic variants later, which saw the price go up to Rs 16.99 lakh. Kia sold 6,236 units of the Seltos SUV in August, giving the company a 1.72 percent share of the utility vehicles market. In September, another 7,554 units of the SUV were retailed. Total sales for the two months were 13,790 units, resulting in Kia achieving a UV market share of 3.09 percent in this period.

As we reported previously, the company has already received 50,000 bookings for the Seltos, which is a good position for a newcomer in our competitive market.

The manufacturer is aggressively driving production at its Anantapur plant to meet the surging demand for its first made-in-India product.

Available in a total of 18 versions – with two trim lines (Tech Line and GT Line) and six powertrain options on offer – the Seltos is our current pick of the midsize SUVs currently on sale in India. However, competition in this segment – which includes models like the Renault Captur, Nissan Kicks, Mahindra XUV500, Tata Harrier, MG Hector, and Hyundai Creta – is set to get even more intense in 2020 when Hyundai brings the next-gen Creta in February.