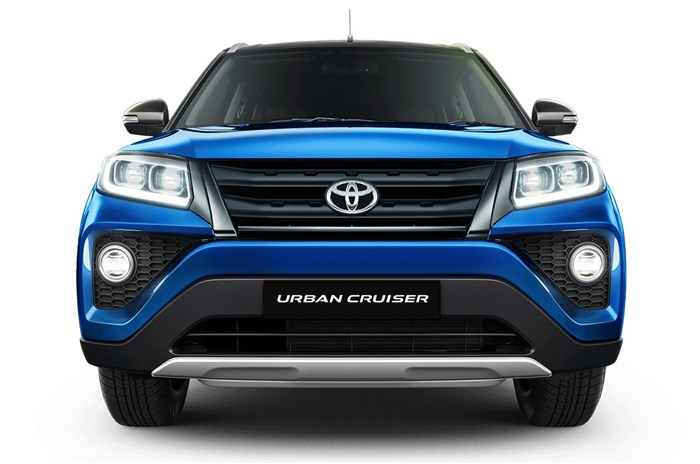 What are the engine and gearbox options?

The Urban Cruiser is the second shared model in the Toyota-Maruti Suzuki partnership in India, following the Toyota Glanza which arrived last year. The Urban Cruiser, like its sister car, the Maruti Vitara Brezza, will be available solely with a 105hp, 1.5-litre petrol engine paired with either a 5-speed manual or a 4-speed torque-converter automatic. As with the Brezza, the automatic gearbox-equipped variants will get mild-hybrid technology. We also have a detailed look at how the Urban Cross compares to the competition on paper.

What equipment will you get in each variant?

Comparing the equipment list with that of the Vitara Brezza, you will notice the Urban Cruiser’s three variants are based on the VXi, ZXi and ZXi+ variants of the Maruti compact SUV. This means even the base version of the Urban Cruiser will come quite decently specced. Let’s take a look at some of the equipment each variant will get:

In addition to the Urban Cruiser Mid:

In addition to the Urban Cruiser High:

What colour options will be available?

The Urban Cruiser will be available in a choice of six, single-tone exterior paint shades, with the Premium trim additionally getting three dual-tone options. Single-tone colour options include – Sunny White, Iconic Grey, Suave Silver, Rustic Brown, Spunky Blue and Groovy Orange. Of these, it’s the latter three which are available with the dual-tone finish – the brown and blue shades paired with a black roof, while orange is paired with a white roof.

How is the Urban Cruiser different from the Vitara Brezza?

While the Toyota Glanza and Maruti Baleno had little to tell them apart, the Urban Cruiser gets more notable changes. Compared to the Vitara Brezza, it gets a new grille and front bumper on the outside, while inside the cabin, the seats are finished in brown fabric upholstery in place of the Brezza’s black upholstery.

What are its rivals?

The Toyota Urban Cruiser will be Toyota’s first model in the hotly contested compact SUV segment, and will rival the Maruti Suzuki Vitara Brezza, Ford EcoSport, Hyundai Venue, Kia Sonet, Tata Nexon and Mahindra XUV300. Expect prices to be in the region of Rs 8.5-11.5 lakh (ex-showroom). Bookings for the Urban Cruiser are currently open.