Except a new upholstery colour scheme, the cabin and features remain largely the same as on the Vitara Brezza. 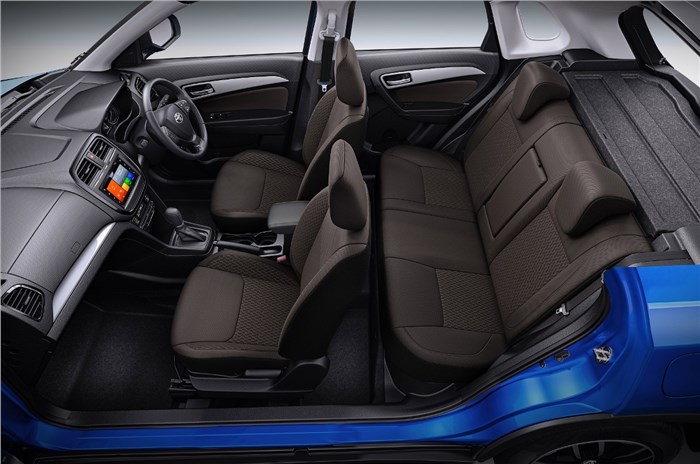 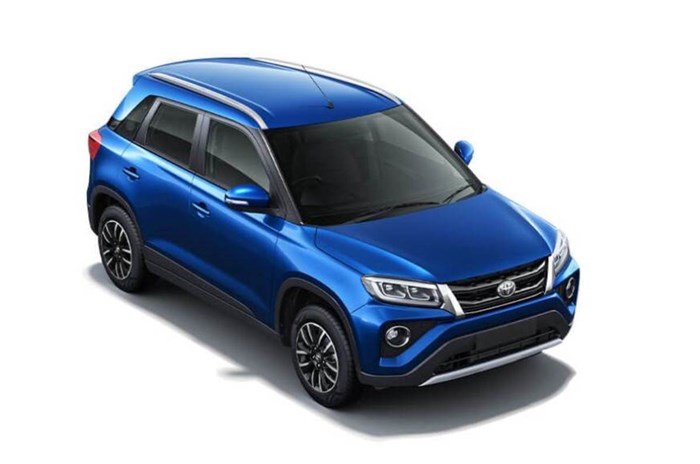 As we inch closer towards the launch of the Toyota Urban Cruiser next month, the Japanese automaker is continuing its streak of revealing more details about the upcoming model with each passing day. Having commenced Urban Cruiser bookings last week, Toyota has now released a set of images that provide us a clear look at the compact SUV’s cabin and key features.

While Toyota has considerably reworked the Urban Cruiser’s front fascia by tweaking ‘soft parts’ like the grille and bumper to bring the styling in line with that of its larger SUVs, attempts to modify the cabin have been kept to a bare minimum.

The most prominent change on the inside is the use of a dark brown template for the fabric upholstery on the seats and door trims, compared to the Maruti Suzuki Vitara Brezza’s all-black colour scheme. The only other noticeable change is the Suzuki badge on the steering wheel being replaced with Toyota’s. All other trims, including the dark textured plastics and silver accents on the dashboard and door panels, remain unaltered. 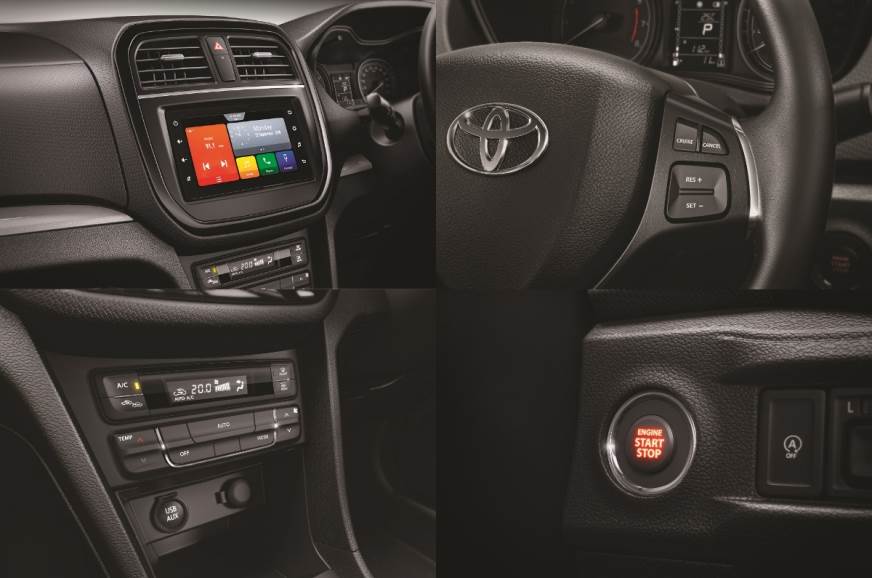 Higher variants to come with a 7-inch touchscreen and cruise control; push-button engine start and auto air-conditioner to be standard offerings.

As with the Toyota Glanza, the carmaker will ensure that even the entry-level variant of the Urban Cruiser will be decently equipped. As such, features like keyless entry, push-button engine start and automatic air-conditioner will be standard offerings. Other equipment of interest will include an auto-dimming internal rear view mirror, cruise control, auto engine stop-start (for hybrid variants) and a 7.0-inch touchscreen infotainment system, replete with Apple CarPlay and Android Auto.

The upcoming sub-four metre SUV will also pack in steering-mounted audio and phone controls, a monochrome MID in the instrument cluster, power adjustable and foldable wing mirrors, charging ports in the front-centre console, and front and rear seat armrests. However, like the Vitara Brezza it is based on, the Urban Cruiser will miss out on the more contemporary tech like ventilated seats, wireless charger and connected car systems, which some of its rivals offer.

Toyota Urban Cruiser: What else do we know?

Toyota’s compact SUV will be powered by a 105hp, 1.5-litre petrol engine, mated to either a 5-speed manual or a 4-speed automatic gearbox. The latter will feature Maruti’s fuel-saving, mild-hybrid tech. Expect prices to be in the Rs 8-11.5 lakh range (estimated, ex-showroom) when the Urban Cruiser hits showroom floors next month. Key rivals to the Toyota will include the Vitara Brezza, Hyundai Venue, Tata Nexon, Ford EcoSport, Mahindra XUV300 and the upcoming Kia Sonet.