Toyota Urban Cruiser prices expected to be on par with the Maruti Vitara Brezza, but with a longer warranty. 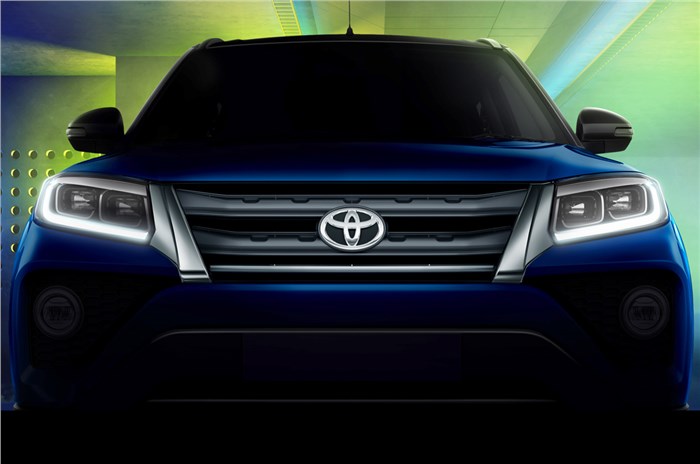 The Toyota Urban Cruiser is set to enter the ever-growing compact SUV space next month, and we brought you the first ever picture of it. Bookings for the Maruti Suzuki Vitara Brezza-based compact SUV will commence on August 22 at Toyota Kirloskar Motor (TKM) dealerships and via the brand's website. The booking amount has been set at Rs 11,000.

What are the visual differences between the Urban Cruiser and Vitara Brezza?

Maruti Suzuki and Toyota’s first set of shared models – the Baleno and the Glanza – are near identical visually. A tweaked grille design and badges are all that separate the two premium hatchbacks. Even on the inside, the two are can only be differentiated by the badges.

Differences between the partnership’s second pair of shared models – the Vitara Brezza and Urban Cruiser – will be more significant. Besides the headlights, the front-end of Toyota’s compact SUV will look distinct, as design cues will be shared with the brand’s larger SUVs, such as the Fortuner. The changes are just skin deep, however – no tweaks to the sheet metal will be made, and from the rear and the sides, there will be little to tell the Urban Cruiser from the Maruti Vitara Brezza, besides the badges. On the plus side, the Urban Cruiser will be available in a unique brown colour.

The Urban Cruiser’s interiors will also be more or less the same as Maruti’s compact SUV, but will come with a dual-tone dark brown finish compared to the Brezza's grey and black layout.

Are there mechanical differences between the Urban Cruiser and Vitara Brezza?

In a word, no. Suzuki’s 1.5-litre, four-cylinder petrol engine, which produces 105hp and 138Nm of peak torque, will be on offer with 5-speed manual and 4-speed torque-converter automatic gearbox options. The mild-hybrid tech that improves fuel-economy will also be available with the Urban Cruiser automatic.

What will the Toyota Urban Cruiser price range be?

We expect that Toyota’s pricing strategy will be similar to one used on the Glanza. Expect the entry-level Urban Cruiser to be equivalent in features to the mid-spec Vitara Brezza, while undercutting the Maruti on price. Prices for the top-spec automatic variant are also expected to be quite competitive. The range is likely to be priced between Rs 8 lakh and Rs 10.5 lakh (ex-showroom). A longer, 3-year/1 lakh kilometre standard warranty pack will also be on offer.

The Urban Cruiser will also be available on Toyota’s new subscription service.