Fortuner-based pickup truck will take on the Isuzu D-Max V-Cross. 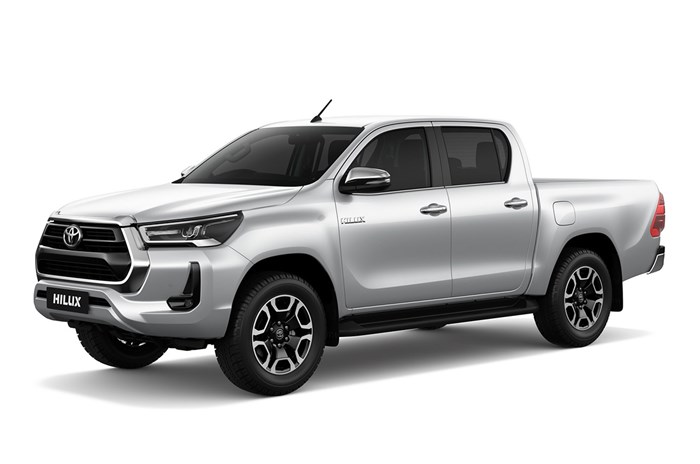 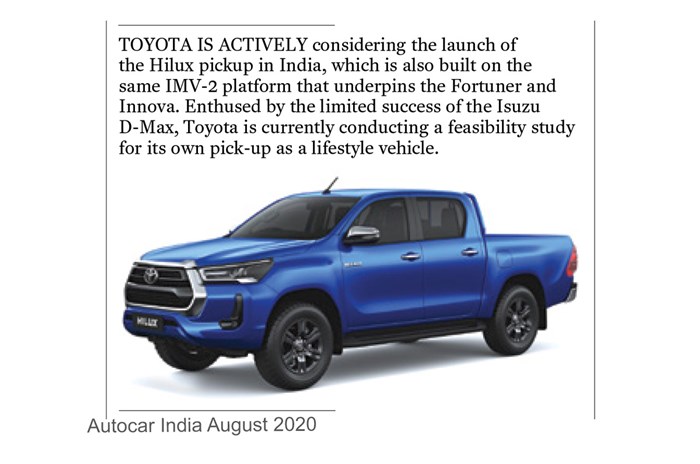 The Toyota Hilux pick-up truck is being evaluated for a launch in India. Widely considered to be one of the hardiest vehicles on sale, it comes with an enviable reputation for long-term reliability and mechanical robustness. Unlike something like a Mahindra Bolero pick-up, the Hilux is relatively expensive to build and will go up against its only real rival here, the similarly specced Isuzu D-Max V-Cross.

Parts sharing will give the Hilux a key advantage

Built on the same IMV platform as Toyota’s popular Innova and Fortuner, the Hilux shares engines, gearboxes, four-wheel-drive systems and suspension components. Even the ladder-frame chassis, which is longer and more robustly built in the Hilux, is similar in construction. The best bit is that, since both the Innova and Fortuner are produced in India, keeping costs down won’t be difficult at all.

So how big is it? The Hilux is considerably longer than either the Fortuner or the Innova, at 5,285mm. It is built on a longer 3,085mm wheelbase and, to help handle the load better, the rear suspension uses more utilitarian leaf springs. To make it a better load hauler, the Hilux also has shorter gearing in the first three gears, and the 2.4 and 2.8 diesel engines have been tuned to deliver more torque at low engine speeds. The 2.8 diesel, in fact, makes a huge 500nm of torque.

The nose of the truck is also similar in basic profile to that of the Fortuner. The look, however, is very different and more ‘truck-ish’, with its massive grille and more workman-like chin. What makes the Hilux very useable is that the cabin is very functional and comfortable up front too. Sitting in the back won’t be as comfy as stretching out in the back of a Fortuner, but legroom apart, you can be quite comfortable here too.

Is there a large enough market for the Toyota Hilux?

While the lifestyle pick-up truck market in India is in its infancy Toyota is hoping the Hilux will appeal to those who want a combination of a practical load hauler and a comfortable SUV. Potential customers include wealthy farmers, country-home owners, industry and government, who would need a hardy runaround for a variety of roles.

Roughly half the price of a Fortuner

What could convert more and more people over to the Hilux, apart from the 1.5x1.5-metre loading deck at the rear, could be the price. Toyota insiders claim the company is targeting an aggressive Rs 15 lakh starting price for the entry version of the double cab, and with more luxurious and better-appointed versions likely to be available for around Rs 20 lakh, the Hilux could appeal to a wide range of buyers.