From the world premieres of an all-electric SUV, an Italian sportscar and two next-gen luxury sedans to the launch of a new compact SUV, September promises to be an action-packed month. 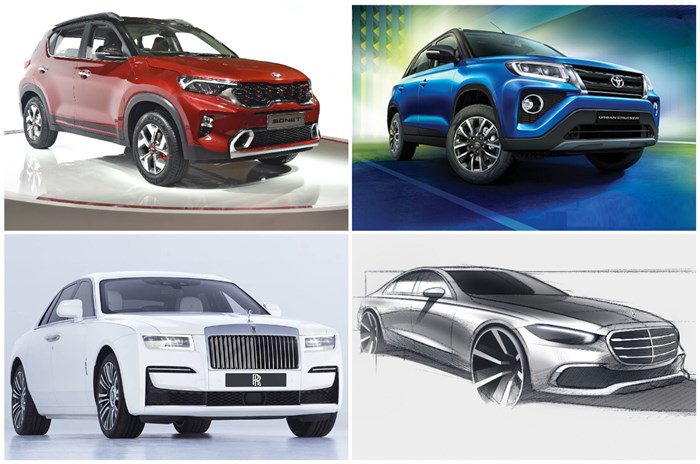 The COVID-19 pandemic may have forced the automotive industry to come to a brief halt, but carmakers are now aiming to rebuild momentum with a slew of new offerings. In this piece, we’ll tell you about all the new cars and SUVs that are set to debut in September 2020, along with some launches that will take place in India as we enter the festive season. 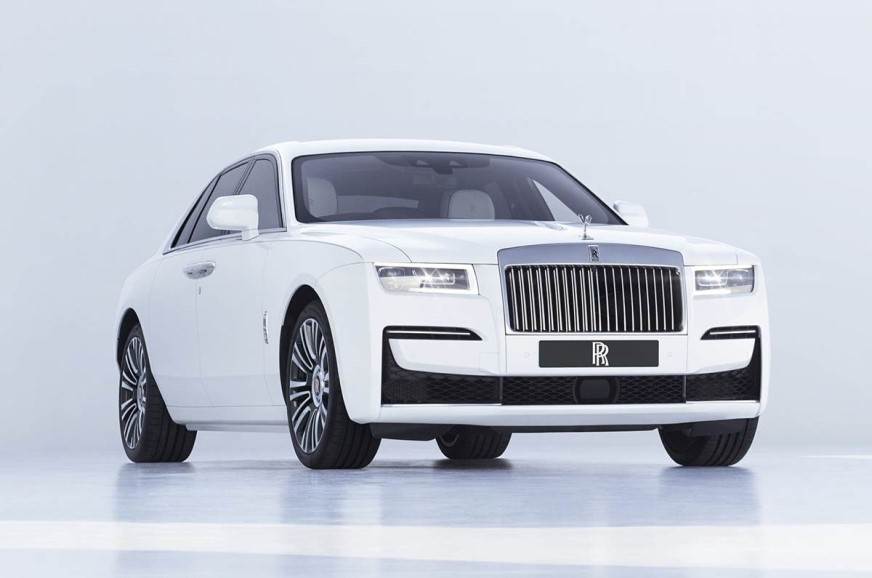 After many a teaser of the second-generation Rolls-Royce Ghost, the all-new model has been revealed. The new Ghost gets laser headlights (with a 600m illumination range), an illuminated dashboard panel that echoes Rolls’ iconic Starlight headliner, all-wheel-drive and all-wheel steering.

Based on the same aluminium platform as the Cullinan and Phantom, the new Ghost also features new ‘Planar’ suspension and exhaustive sound-deadening measures. It’s expected to make the switch to the Phantom's 6.75-litre, twin-turbo V12, and is set to reach India sometime in 2021. 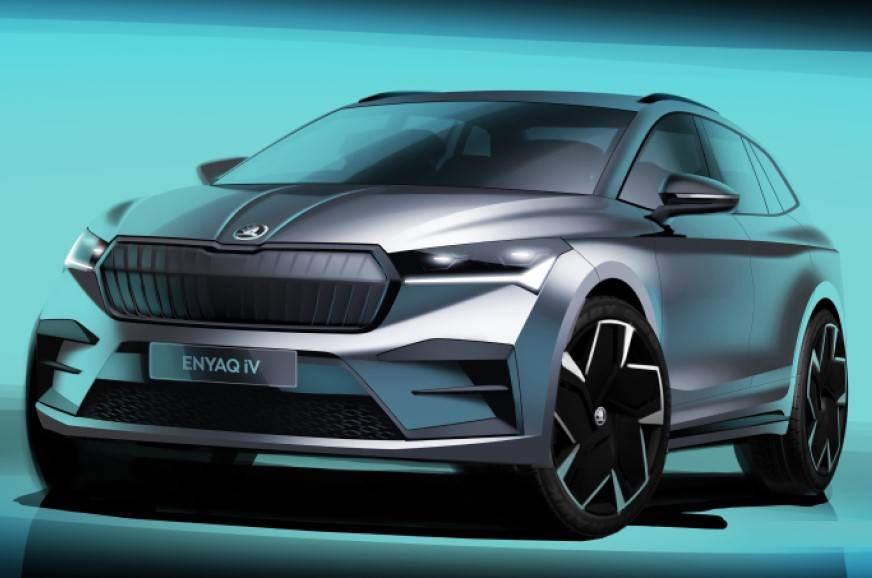 First previewed as the Vision iV concept in 2019, the production-spec Skoda Enyaq iV will finally make its world premiere late on September 1. Skoda’s first all-electric model based on the Volkswagen Group’s MEB platform, the design of the Enyaq iV has already been revealed in a few design sketches, and we also know it’ll come with a 13.0-inch touchscreen infotainment system, a head-up display with augmented reality and a 585-litre boot.

Skoda has also previously confirmed the Enyaq will be offered with a choice of rear and all-wheel drive layouts, three battery sizes and up to five power outputs. The range-topping Enyaq iV will have a 125kWhbattery and a claimed range of nearly 500 kilometres. 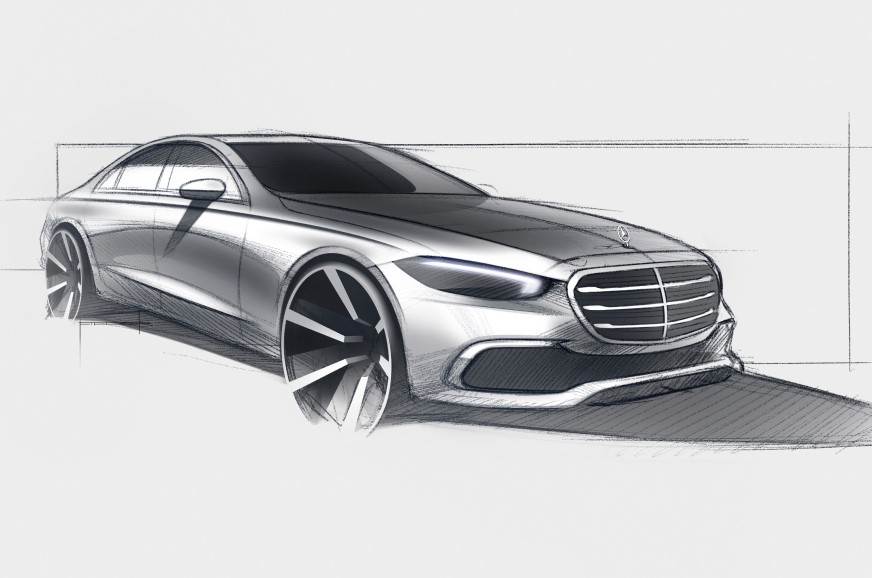 One of the biggest unveils of the year, the all-new Mercedes-Benz S-class will debut on September 2. Internally known as the ‘W223’, the new-gen S-class will aim to once again shift the goalposts for luxury sedans, and in the run-up to its debut, Mercedes-Benz has already given the world a peek at some of its features.

In addition to its all-LED lighting, the new S-class will feature a massive 12.8-inch touchscreen on its minimalist, largely-devoid-of-buttons dashboard, second-gen MBUX infotainment system, a head-up display with augmented reality, all-wheel-steering, a world-first frontal airbag for rear seat passengers and a 100km electric-only range for the plug-in hybrid variant. 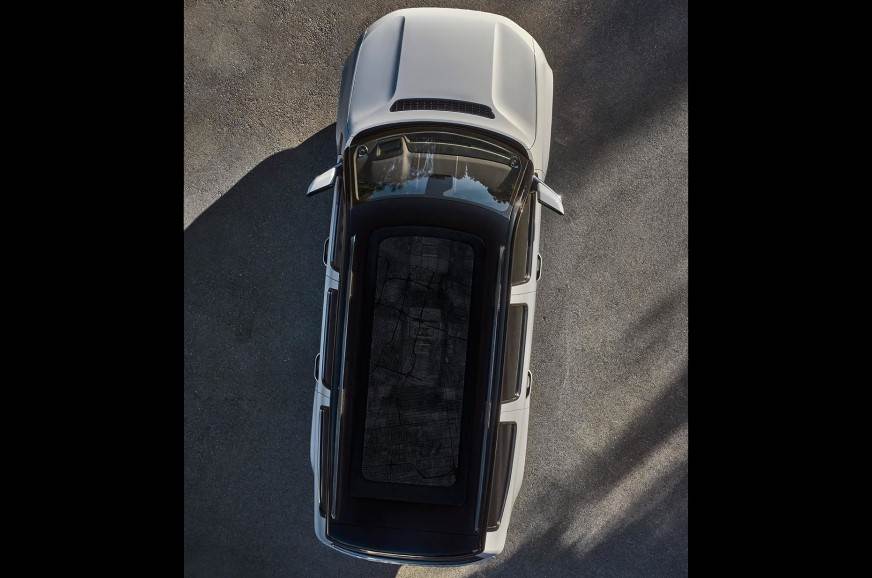 Teaser images have revealed the Grand Wagoneer concept will sport a dual-tone paint scheme, a massive glass roof featuring a decal of the map of Detroit, and will also have a richly-appointed interior with plenty of chrome trimmings. The Grand Wagoneer is expected to have petrol and diesel engine options, and the production-spec model is expected to debut sometime next year. 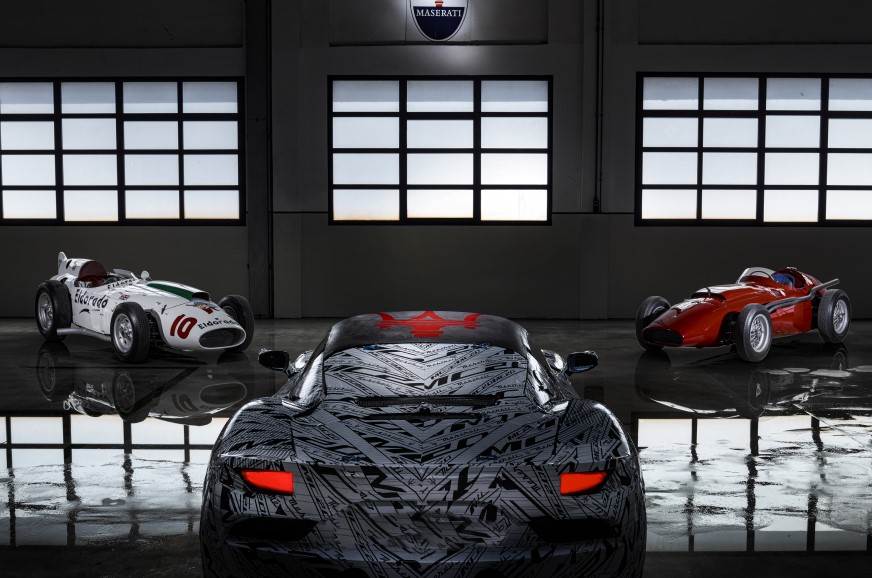 The second week of September will bring the world premiere of the Maserati MC20. This brand-new mid-engined sportscar is Maserati’s first all-new model since the Levante SUV arrived in 2015, and will be powered by a 3.0-litre, twin-turbo V6 that revs to 8,000rpm and produces 630hp and 730Nm of torque. Maserati has previously stated it will return to racing with the MC20, which is expected to make its way to India sometime in 2021. 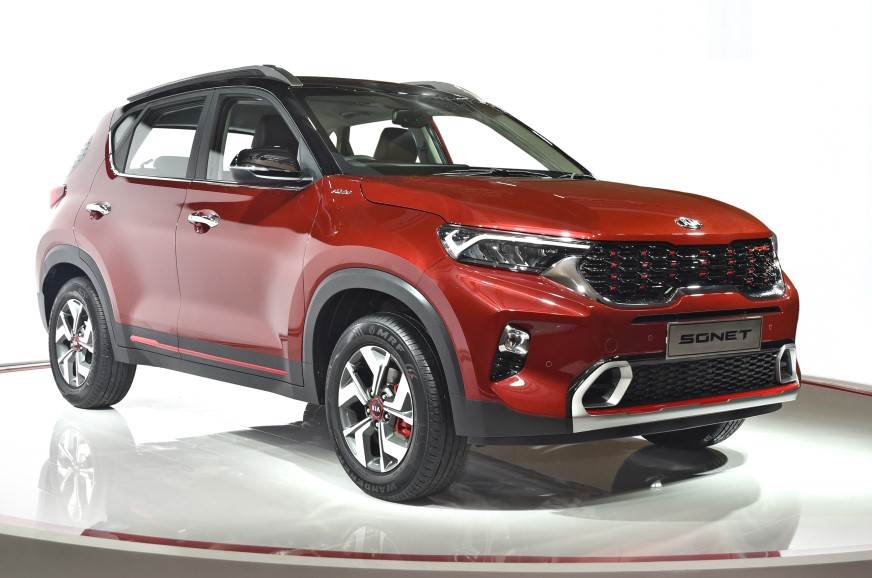 One of the most highly-anticipated launches of the year is that of the Kia Sonet compact SUV. Being Kia’s third – and most affordable – model for India, the Sonet has a lot riding on its sculpted shoulders, with most expecting it to replicate (or even better) the bigger Seltos’ success story. We know it will be offered in two main trim lines, will have a lengthy features list as well as a variety of powertrain options. The Kia Sonet’s India launch will take place in the second half of September. 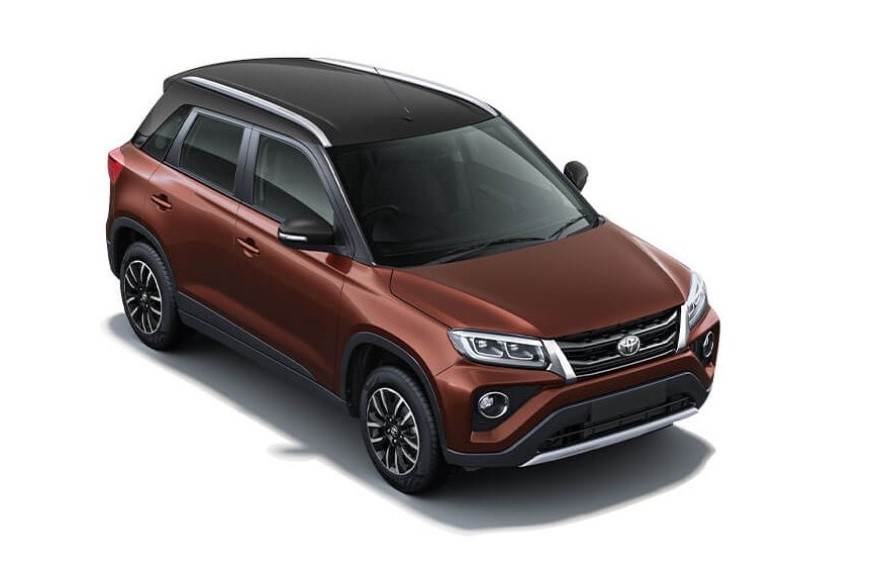 Like the Brezza, the Urban Cruiser, too, will only have a 1.5-litre petrol engine with manual and automatic gearbox options. Expect the Toyota Urban Cruiser’s price to range from Rs 8-11.5 lakh (ex-showroom) when it is launched later this month. 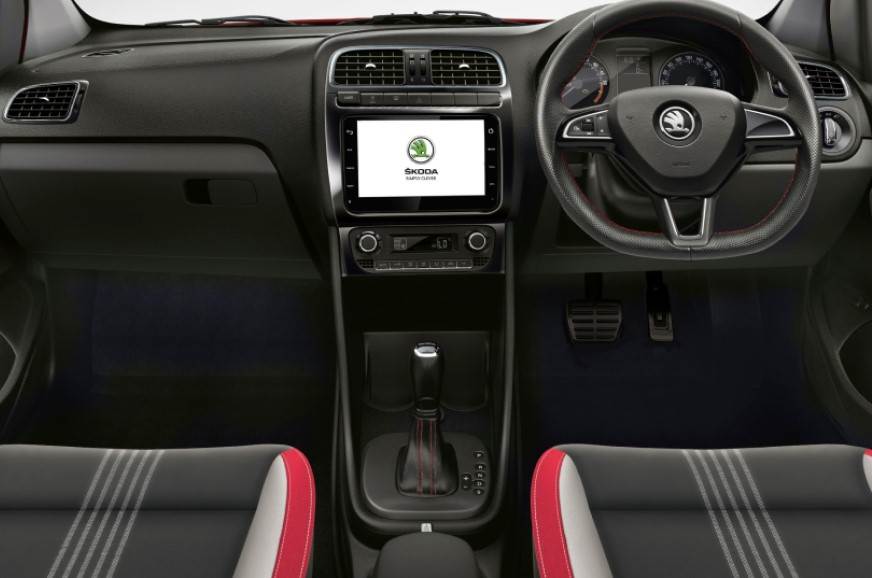 The Skoda Rapid has gotten a new lease of life with the introduction of the 1.0-litre TSI engine, and one important option that was so far missing from the range will arrive this month – an automatic gearbox. This is a new, 6-speed torque converter unit paired with the 110hp turbo-petrol engine, and the Rapid automatic’s ARAI-rated fuel efficiency is 16.24kpl. Bookings for the Skoda Rapid automatic are already underway, and prices are likely to be announced closer to September 18, which is when deliveries begin. 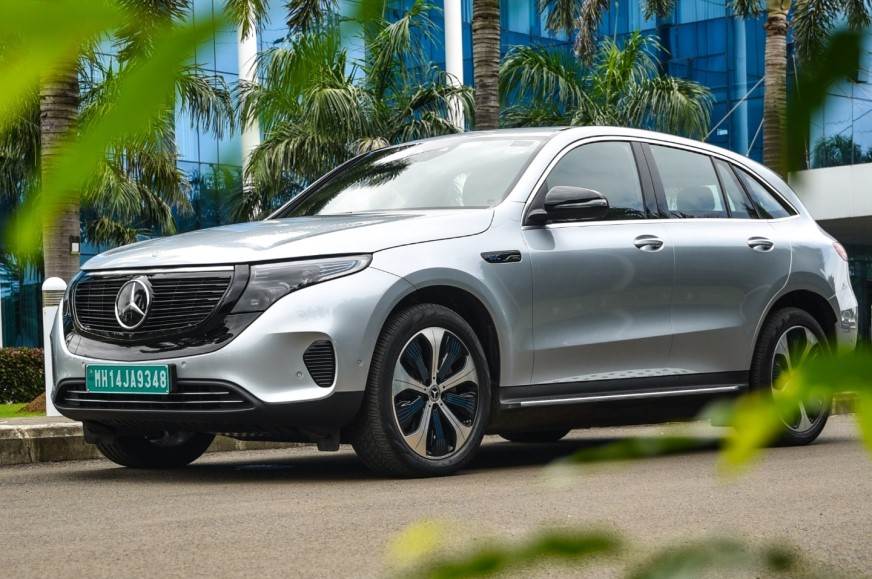 Shipped to India in CBU form, the Mercedes-Benz EQC has a dual-electric motor setup – one at the front and one at the back, enabling all-wheel-drive – delivering up to a combined 408hp and 760Nm of torque. Power comes from an 80kWh lithium-ion battery pack which gives the EQC a claimed range of 417km on the WLTP cycle. Using a 7.4kW wall charger, the EQC can be charged to full in about 10 hours, and with a 110kW fast charger, can go from 10% to 80% charge in about 40 minutes. Expect the Mercedes-Benz EQC’s price in India to be around the Rs 1.5 crore (ex-showroom) mark.