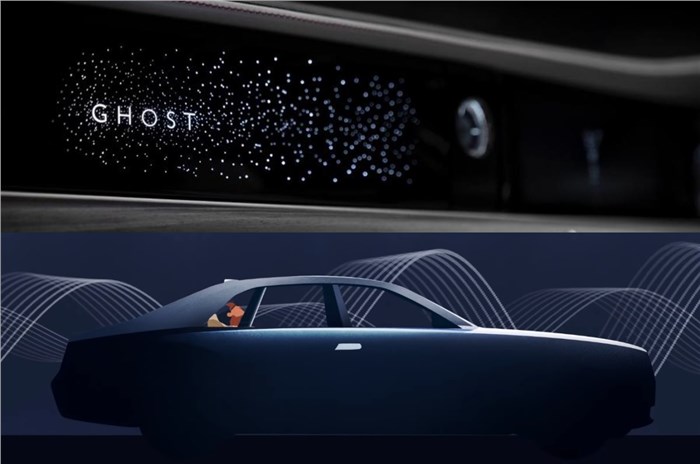 The new Rolls-Royce Ghost is expected to debut next month and the British marque has continued the build-up to the unveiling by revealing the first feature for the car that will be offered by its Bespoke arm: an illuminated dashboard fascia.

The new fascia element for the luxury sedan has been developed by the British firm’s personalisation arm as part of the brand’s shift to a ‘post-opulent’ design philosophy focused on ‘purity’. It uses 152 LEDs to create an illumination featuring the Ghost wordmark and more than 850 ‘stars’ in the passenger side dashboard when the car is in use. The display can’t be seen when the car is turned off.

Rolls-Royce claims the fascia, which echoes the Starlight Headliner featured in previous models, took more than 10,000 hours of development across two years and involves more than 90,000 laser-etched dots carved into the surface of the dashboard.

Moreover, citing customer feedback affirming that interior comfort is a key consideration for customers, Rolls-Royce’s designers undertook a process to minimise the noise disruption inside the cabin.

The process, which the firm called its ‘Formula for Serenity’, involved adding extra insulation to the aluminium chassis, with a double-skinned bulkhead section between the cabin and the 6.75-litre V12 engine, to reduce noise from the unit. Sound-absorbing materials were also added in the roof, boot and floor.

Rolls-Royce then reviewed individual parts to minimise the noise they produced, for example smoothing the inside of the air conditioning ducts. To ensure the cabin wasn’t disconcertingly quiet, the firm then undertook a process of “acoustic tuning”, tuning each component to a specific frequency to create a single small noise, which it calls a ‘whisper’. To do that, engineers developed new damping units for the seat frames and new ports between the cabin and boot.

Rolls-Royce has already confirmed that the second-generation Ghost will get four-wheel drive, all-wheel steering and a raft of upgrades.

In an open letter issued to prospective clients, company boss Torsten Müller-Otvös has suggested a move towards minimalism in design, or what the firm calls, ‘post opulence’. Commenting on the success of the original Rolls-Royce Ghost, he said, “They (customers) also appreciated the car’s pared-back simplicity, or as they put it, ‘a slightly smaller, less ostentatious means to own a Rolls-Royce.’ Going further, our clients expressed an ardent desire for even more minimalism in design.”

The first-gen Ghost had been on sale in our market for almost a decade, and the new model is also expected to make its way to India. When launched, the new Ghost will compete against other high-end luxury sedans like the Bentley Flying Spur and the upcoming, next-gen Mercedes-Maybach S-class.