The Cullinan Black Badge is the most expensive SUV on sale in India; bookings officially underway. 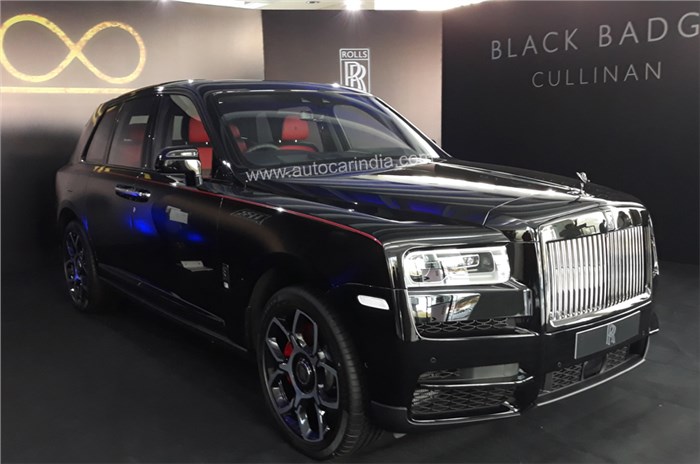 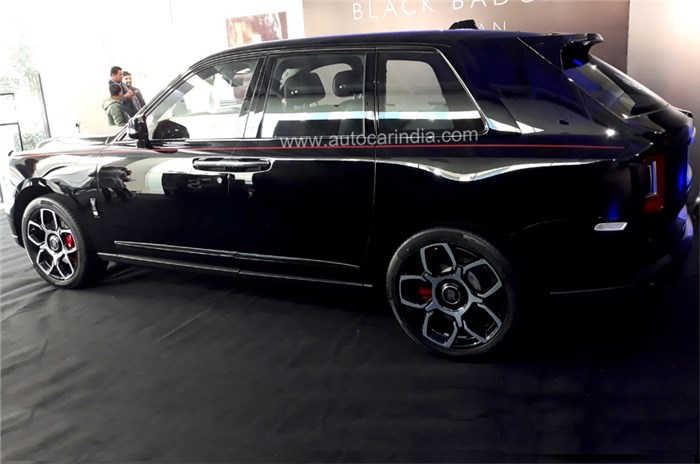 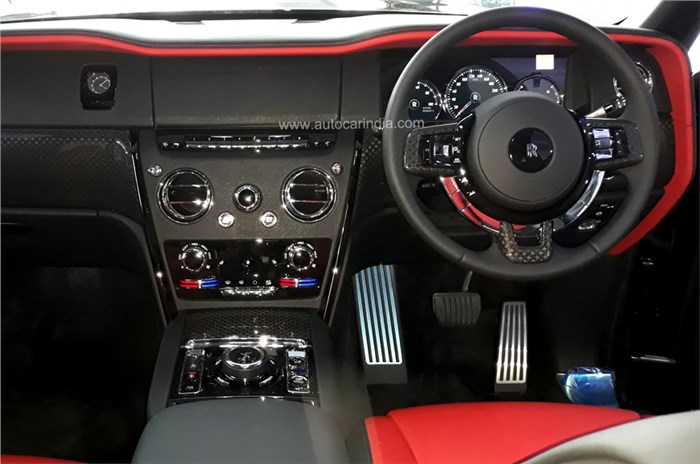 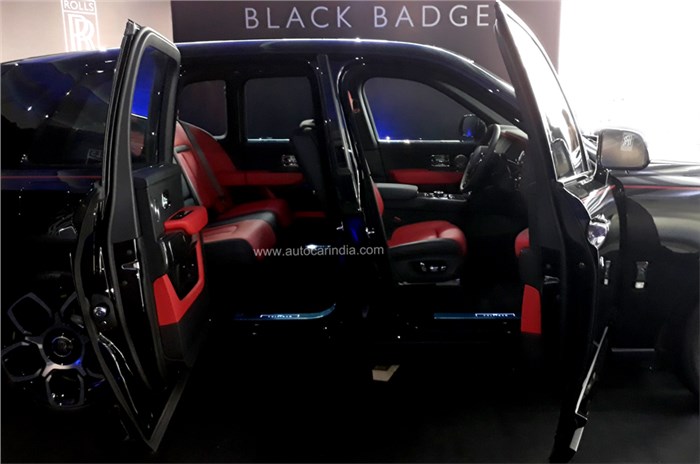 Rolls-Royce has launched the Cullinan Black Badge in India at Rs 8.20 crore (ex-showroom, pan-India). The kitted-out version of the super-luxury SUV comes at a premium of Rs 1.25 crore over the 'standard' Cullinan, effectively taking the mantle of the most expensive SUV sold in the country. Bookings for the new model are officially underway, with the waiting period for deliveries being pegged at six-eight months.

The Black Badge version gets a raft of cosmetic tweaks over the standard Cullinan, which debuted in our market a little over a year ago. As its name suggests, the colour scheme of the ‘Double R’ badge at the front, flanks and rear has been inverted to become silver-on-black. The chrome highlights on the signature ‘Pantheon’ grille, front bumper air inlets, side window surrounds, boot handle, boot trim and exhaust tips gain a dark tinge, as does the ‘Spirit of Ecstasy’ mascot on the hood. Additionally, 22-inch dual-tone forged alloy wheels and red brake calipers express the exclusivity of the model. As has always been the case with the Cullinan, the company claims that clients have nearly 44,000 paint shades to choose from, or the option to create a bespoke hue.

The interior colour palette remains highly configurable as well, with designers developing a new ‘Forged Yellow’ leather colour option for the new Rolls-Royce. Being a Black Badge, it carries the sub-brand’s ‘infinity’ emblem on the rear seat armrest upholstery, door sills and the dash-top mounted analogue clock. A bespoke ‘technical’ carbon fibre veneer features on the door pads, dashboard and centre console, with a headliner embedded with 1,344 fibre optic lights in an attempt to replicate  the night sky.

The Black Badge has received a bunch of mechanical updates as well to justify its premium positioning. The 6.75-litre, twin-turbocharged V12 petrol engine now puts out 600hp and 900Nm of torque, compared to the standard Cullinan’s figures of 571hp and 850Nm. The company claims to have fitted an entirely new exhaust system to modify the SUV’s aural signature. The ZF-sourced 8-speed automatic gearbox and all-wheel drive layout have been carried forward. Rolls-Royce says that the drivetrain and chassis, including suspension and braking system components, have been re-engineered for enhanced dynamic performance. The Cullinan is underpinned by the company’s proprietary all-aluminium platform, dubbed the ‘Architecture of Luxury’, which debuted with the new Phantom.

Black Badge is a bespoke family of vehicles under the marque’s stable that debuted with the Wraith and Ghost in 2016, followed by the Dawn in 2017. The Cullinan Black Badge was revealed for global markets late last year and is now a part of Rolls Royce’s India line-up as well.