For its 2nd generation, the Rolls-Royce Ghost employs an aluminium spaceframe architecture, a 6.75-litre twin-turbo V12 and new ‘Planar’ suspension. 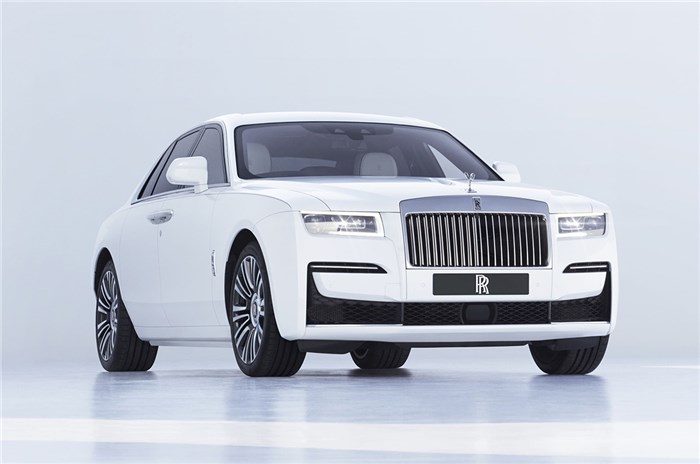 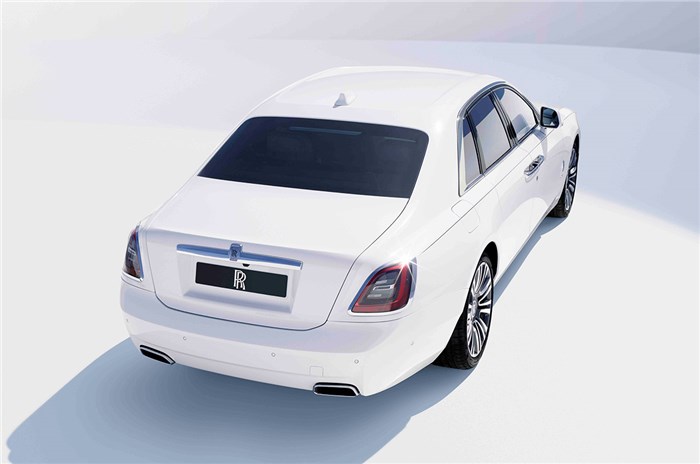 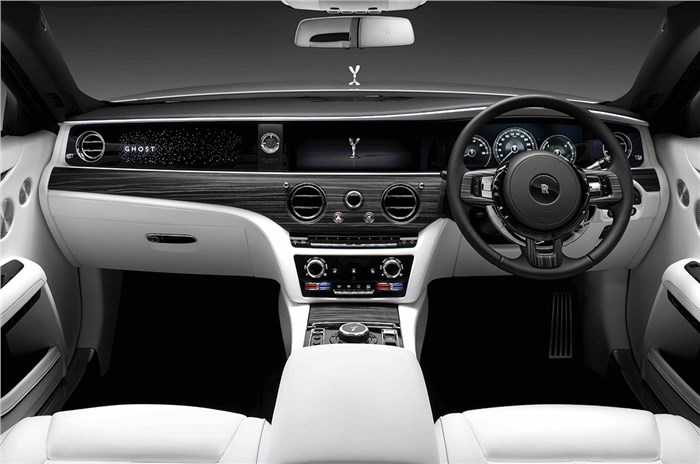 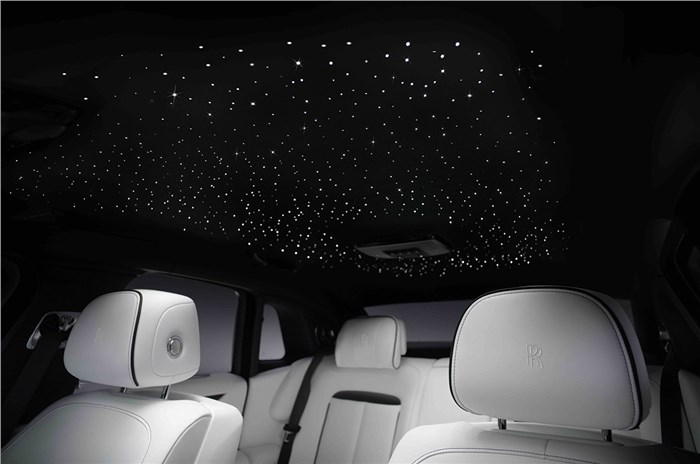 The second generation Rolls-Royce Ghost has made its world premiere, 11 years after the debut of the original. As you’d expect, Rolls-Royce has focused on further enhancing the comfort factor with the all-new Ghost, which has so far been Rolls’ most successful model in the modern era.

What are the fundamental changes for the 2021 Rolls-Royce Ghost?

The Gen 2 Ghost is clearly more evolution than revolution in design terms. However, look closely and you’ll notice the new laser headlights (which have a 600m illumination range) with C-shaped daytime-running lights and a bolder front bumper with an air intake spanning its width. The side profile is a lot like the outgoing Ghost’s, and at the back, too, the changes are minimal in the form of redesigned, near-squaretail-lights. 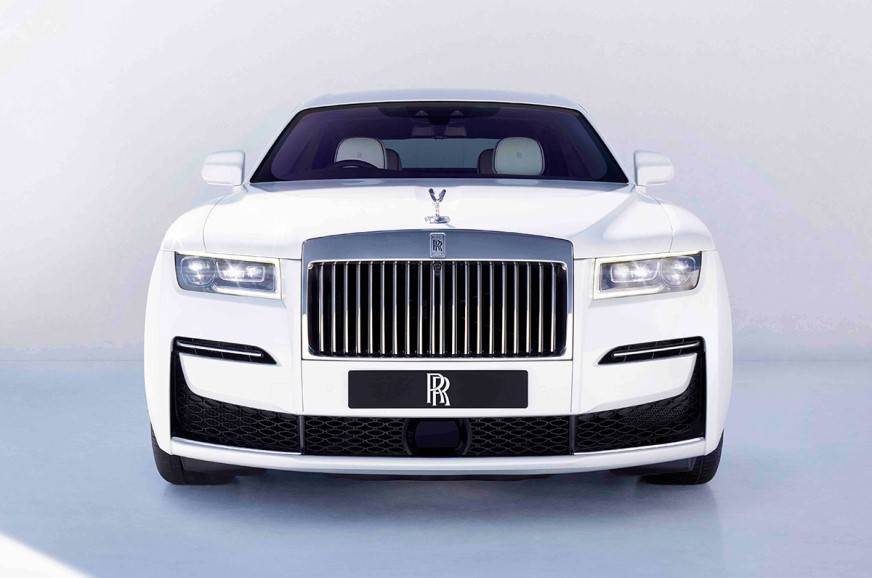 That the new Ghost’s appearance is not too far removed from the original’s is no coincidence. Speaking exclusively to Autocar India, Jon Simms, engineering lead for the new Ghost, said customers wanted Rolls-Royce to work on strengthening the Ghost’s positives, instead of changing the recipe altogether.

“For the new Ghost, there were some things that needed to be brought up to date, in terms of the entertainment system, the connectivity, obviously the sort of legislative side of it. But really, the feedback from our clients was ‘please don’t change too much’. Just let’s have that sort of iterative improvement.The core elements of what Ghost is – the feedback was they didn’t want that to change,” said Simms. 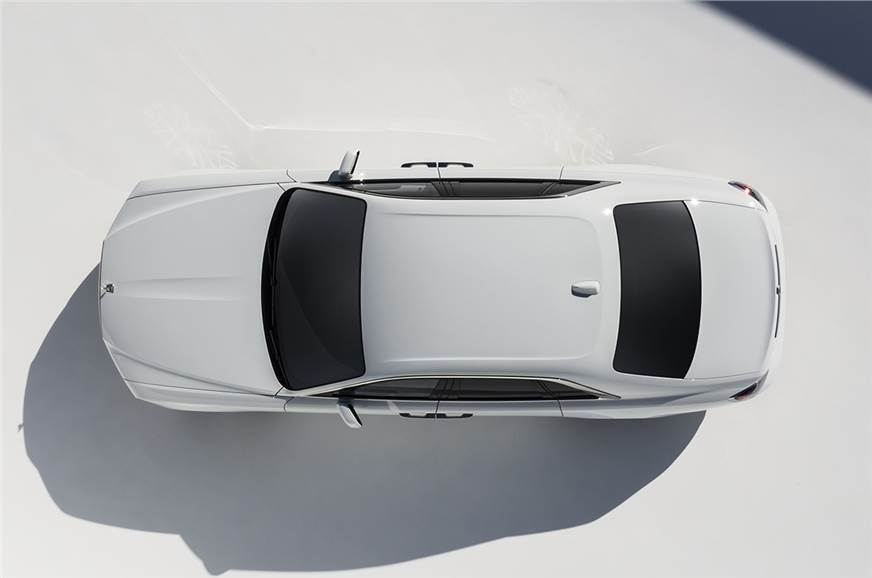 That said, Rolls-Royce states the only items carried over from the previous-gen Ghost are the Spirit of Ecstasy bonnet ornament sculpture and the umbrellas housed in the doors.

The second-gen Ghost is based on the same aluminium spaceframe architecture as the bigger Phantom and the Cullinan SUV, and has grown by 89mm in length, 30mm in width and 21mm in height. The wheelbase, however, remains the same at 3,295mm. The increase in overall length to 5,546mm has allowed Rolls to push the front suspension mounting assembles all the way forward, and place the engine aft of the front axle to achieve 50:50 weight distribution. Boot space, too has grown to 507 litres.

For the second-gen Ghost, out goes the 6.6-litre V12, replaced by the Phantom’s 6.75-litre, twin-turbo V12 generating 571hp and 850Nm of torque, with peak torque available from as low as 1,600rpm. There is no form of electrification for the new Ghost, and while Rolls will step into the world of EVs, it certainly won’t be with a hybrid, as Simms explained.

“Electric will definitely come to Rolls-Royce within the decade, but for us, hybrid isn’t an option. Rolls-Royce has always been about the lack of compromise. Our clients have worked hard to get to the position where they don’t need to compromise and in general, hybrids very often are the worst of both worlds,” said Simms. 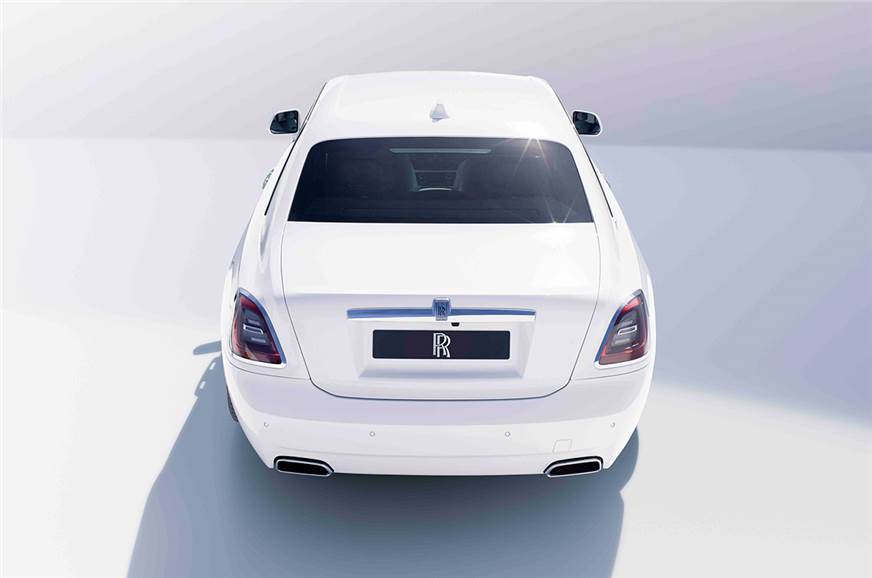 Power now goes to all four wheels (the original Ghost was rear-wheel-drive), and the near-2.5-tonne new Ghost can do 0-100kph in 4.8 seconds, and go on to an electronically-limited top speed of 250kph. In addition to having all-wheel-drive, the new Ghost also has rear-wheel steering, which will improve agility at high speeds and manoeuvrability at low speeds.

Also new for the second-gen Rolls-Royce Ghost is the ‘Planar’ suspension system. Rolls has engineered what it says is a world-first ‘upper wishbone damper’ for the front suspension, which works in conjunction with the self-levelling air suspension, the ‘Flagbearer’ system (which uses a windscreen-mounted stereo camera to scan the road surface and pre-emptively adjust the suspension at speeds of up to 100kph) and the Satellite Aided Transmission system, which draws GPS data to pre-select the right gear for an upcoming corner. This, Rolls says, will enable the new Ghost to deliver the kind of ride comfort that will be the closest experience to ‘flight on land’.

For someone who’s been in a Ghost before, the new-gen car’s minimalist interior – much like the exterior – will look rather familiar. Rolls-Royce has chosen to preserve the comfort of familiarity with the second-gen Ghost, and while it does claim it is the brand’s most technologically advanced car yet, it doesn’t seek to dazzle potential buyers with huge screens and a heavy dose of features. Yes, it does have a touchscreen infotainment system, but as before, the dashboard features a variety of buttons, dials and ‘organ-stop’ controls for basic climate control and infotainment functions, and traditional chrome-ringed dials for the instrumentation. 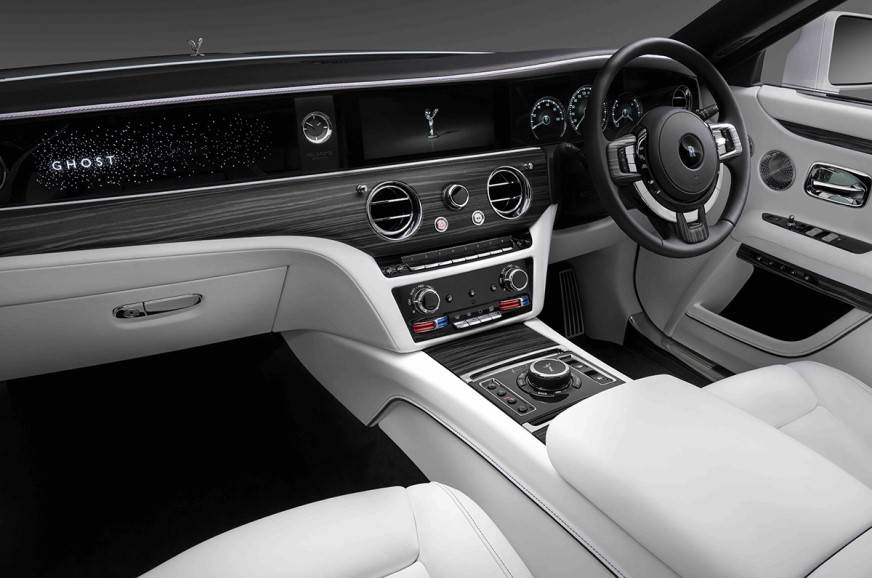 “Owners of the Ghost are constantly bombarded by connectivity, information, exchanges and what they love about their Rolls-Royce is that when they get into it, they sink into the seat and that’s a moment where you don’t want to have things constantly thrown at you. There’s a lot of connectivity and tech inside the car, but it can be an analogue place of respite in a very digital world. We understand what’s going on in the world, but we also recognise that our clients don’t ultimately want something that bamboozles them with technology when they get into it,” Simms adds.

To enhance passenger comfort, Rolls-Royce has engineered power assist into the door-opening system as well, and the company claims it has employed extensive soundproofing measures and used well over 100kg of acoustic damping material all across the new Ghost. While Rolls did experiment with the idea of having a completely silent cabin, acoustic specialists found it ‘disorientating’, and chose to instead have merely a single-tone ‘whisper’ be heard inside the car. 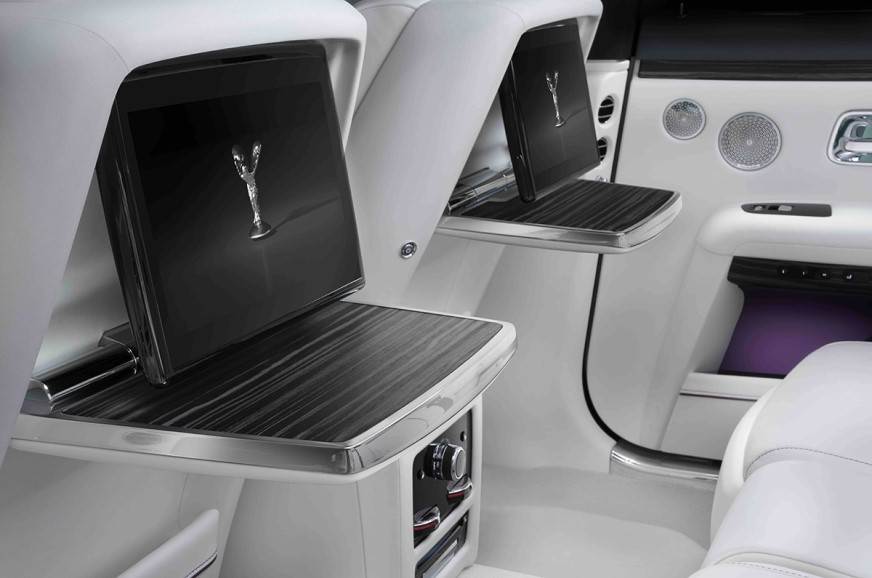 One eye-catching addition inside the new Ghost is the illuminated dashboard panel which echoes the ‘Starlight headliner’ feature that Rolls-Royce already offers. 152 LEDs light up the Ghost wordmark and more than 850 ‘stars’ on the passenger side of the dashboard when the car is running; the display is invisible when the car is switched off. Also part of the new Ghost’s equipment list are a micro-environment purification system for the climate control system, a head-up display, 360-degree cameras, adaptive cruise control, night-time wildlife and pedestrian warning, alertness assistant, auto-park, rear-seat entertainment screens and a 1,300-watt bespoke audio system, with the Starlight headliner itself acting as a large speaker.

When will the 2021 Rolls-Royce Ghost come to India?

The new Rolls-Royce Ghost is priced at Rs 6.95 crore (ex-showroom) with deliveries expected to begin next year.

What do you think of the new Rolls-Royce Ghost? Let us know in the comments.