As per the Kia sales and marketing head, car buyers feel that used SUVs offer a “bigger bang for their buck” than similarly priced hatchbacks or sedans. 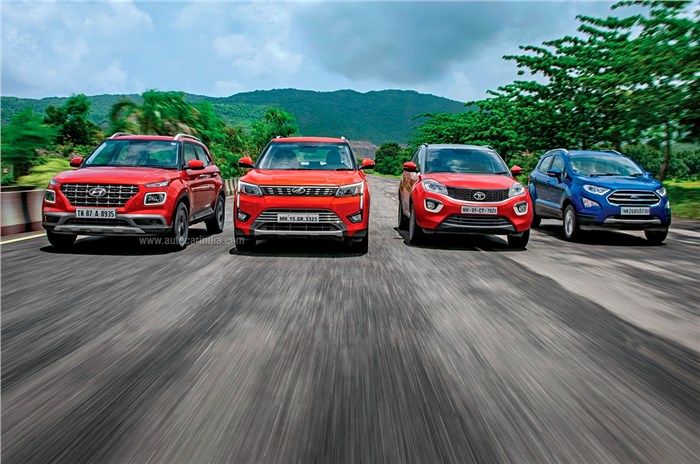 SUV sales have shot up in recent years, mostly at the expense of hatchback and sedan figures. And some believe that small cars aren’t facing competition only from new SUVs, but used SUVs are also giving them a tough fight.

“One of the reasons why hatchback and small sedan sales are shrinking is because [used] SUVs are taking the cake away,” Hardeep Singh Brar, VP and head of Sales and Marketing, Kia India, told Autocar India during a recent OLX Autos panel discussion on the used car market.

To put things in perspective, hatchbacks and sedans commanded a 66 percent share in the new car market in FY19, which has come down to 48 percent in the current fiscal (till end-November 2021). While the (new) utility vehicle segment share, including SUVs and MPVs, has ballooned from 28 percent to a whopping 48 percent in the same period, used SUVs also have a role to play in the declining demand for (new) small cars, as per Brar.

To that effect, the brand is determined to stay away from the hatchback and sedan segments in our country. Instead, Kia India is gearing up to enter the used car market in 2022.

Explaining the psyche of a prospective customer, Brar said, “The first time buyer compares a smaller new car with a bigger used car.” For instance, within a budget of Rs 6 lakh, there are plenty of options available in both the categories and people then tend to “go for bigger cars which offer them a bigger bang for their buck,” he said.

Moreover, the sales and marketing boss believes that “people don’t have the stigma attached to buying a used car anymore.” The entry of organised players, like carmakers and online marketplaces, has helped improve the image of the pre-owned segment in customers’ minds in recent years.

New car prices on the rise

However, there is another factor which has contributed to the trend, believes Vinkesh Gulati, president, FADA (Federation of Automobile Dealers Associations). Speaking at the panel discussion, he said, “Another reason for losing new car sales to used car sales is the steep price increase which we have seen in the past two years.”

Elaborating further, Gulati continued, “If you compare the price of BS4 vehicles and today’s [BS6] new car prices, you may see a difference of around 15-20 percent. But the used car price for the same model may have gone up by only 5-7 percent [in the same period].” As such, people are finding used cars to be a better value proposition.

Moreover, carmakers plan to further fan the interest in SUVs, with a new wave of models lined up for launch in 2022. One could, then, expect the supply of SUVs in the used car market to be even higher in the coming years, which would serve as a bigger challenge to the new hatch, sedan space.

Despite the senior Kia executive being convinced of people’s acceptance of second-hand vehicles, there are some who still believe that a few key areas of the business need strengthening. “Used cars need more support for transfer of RC [registration certificate] or ownership. We also need to provide warranties and maintenance packages,” said Amit Kumar, CEO, OLX Autos India.

Offering services at par with the new car network will probably remove the last bit of hesitation that a customer might have while going in for a pre-owned vehicle purchase. However, difficulty in financing a second-hand car is an obstacle that still remains.

Fortunately, there has been some positive movement on this front. Hemal N Thakkar, director of research firm CRISIL, who was also part of the discussion, elaborated, “We are seeing a few private sector banks taking the first plunge and offering maybe a 2-3 percent delta between new car and used car loans, which is very good.”

So what would you choose – a brand new hatchback or sedan, or a second-hand SUV for similar money? Let us know in the comments below.

Toyota Fortuner has the highest resale value among premium SUVs