MG Hector, Kia Seltos off to a strong start

Massive order backlog shows that both SUVs are bucking the slow market trend. 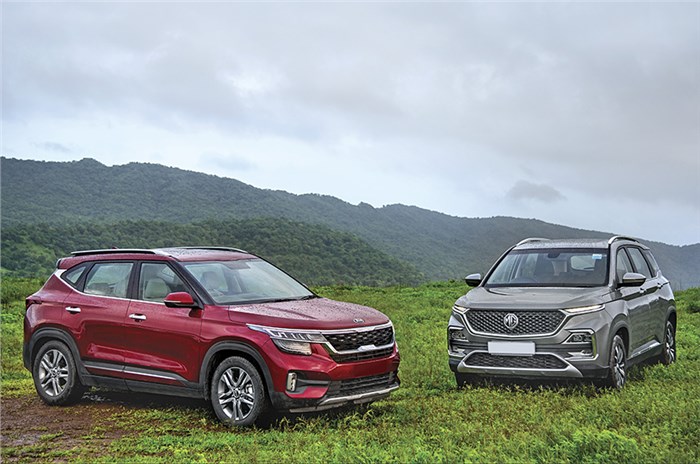 The two new entrants to the Indian market, MG and Kia, are already off to a flying start. While the automotive market is floundering, both the brands’ SUVs have so far managed to gather strong booking numbers, with deliveries already in full swing. They are also aggressively ramping up production at their respective plants to meet the demand.

MG Motor India has so far dispatched 10,000 units of the Hector since its launch back in June, while for the months of August and September, Kia has managed to roll out 13,790 units of the Seltos. The Hector, which is built at the brand’s Halol plant in Gujarat, currently has an order backlog of around 40,000 units. The company had paused bookings for the SUV on July 18, 2019, but reopened the order book in September, where the company says it managed to secure an additional 8,000 orders despite a price hike of around Rs 30,000-40,000 (depending on variant). On the other hand, the Kia Seltos, which is being manufactured at the brand’s facility in Anantapur in Andhra Pradesh, has an order backlog of 50,000 units.