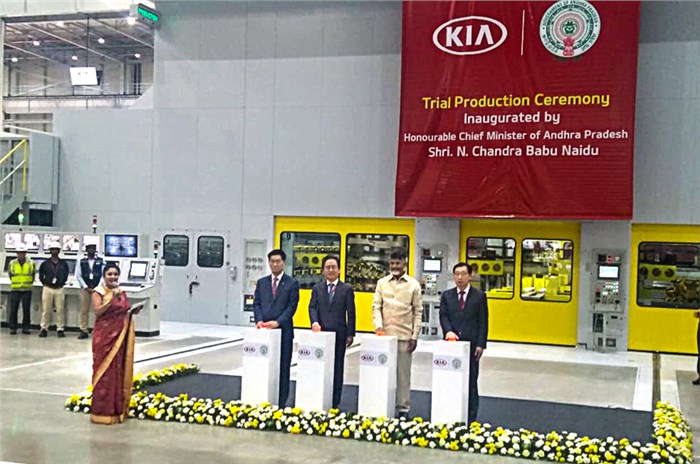 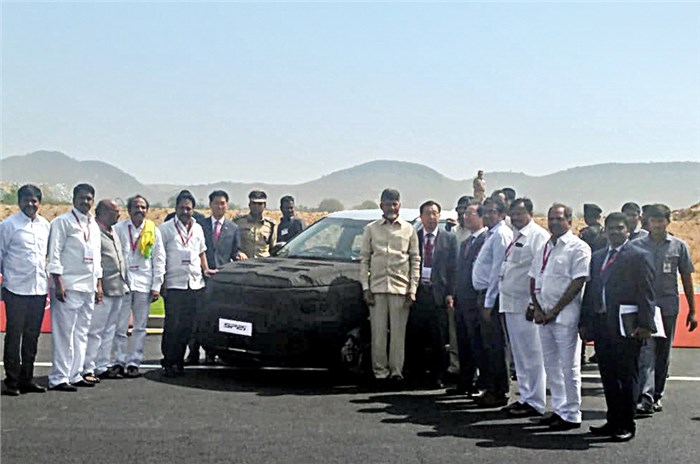 The all-new Hyundai Creta rival from the Korean brand will roll out of the new Ananthapur plant in Andhra Pradesh from mid-2019.

Kia Motors India has begun trial production of its upcoming SP2i SUV (showcased as the SP Concept SUV at Auto Expo 2018) at its new plant in Ananthapur, Andhra Pradesh. The event was inaugurated by Andhra Pradesh CM N. Chandrababu Naidu and had the Ambassador of The Republic of Korea to India, H.E. Shin Bongkil, and other senior leadership from the Korean brand, in attendance.

The new Kia plant at Ananthapur is the Korean brand’s 15th globally and will employ about 4,000 people, directly. Kia says that the plant has begun trial production well ahead of schedule; just about a year since construction began.

Besides the SP2 SUV, Kia’s plant will also produce models like the upcoming compact SUV that will make its debut at the 2020 Auto Expo and the Korean brand’s third made-for-India model – a cross-hatchback that is likely to be based on the Kia Rio hatchback, which is scheduled to launch in 2021.

At the event, Kia also presented a Soul EV to the Andhra Pradesh government for use in its fleet in support of the government’s push for electric mobility. In December 2018, the Korean brand had donated three electrified vehicles – the Kia Niro in its petrol-hybrid, plug-in hybrid and full electric form – to the state to run as a pilot programme and also installed an EV charging station in the state.

Production-specKiaSP Concept to be feature-loaded