Kia Seltos SUV: What to expect

Kia’s first model for India, the Seltos has plenty riding on its shoulders. We tell you all you need to know about its dimensions, engines, features and expected price. 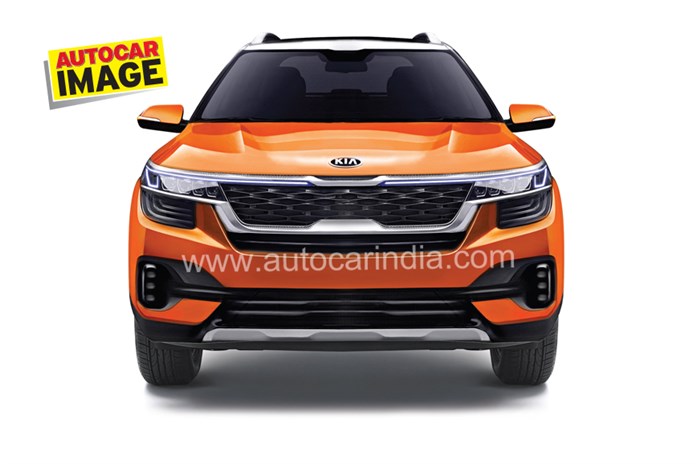 The Kia SP Concept was one of the most talked-about models at the 2018 Auto Expo, and for good reason. Set to become Kia’s first model for India, the Seltos – deriving its name from Greek mythology – has been spotted testing numerous times, and was recently spied fully undisguised in production form ahead of its global debut on June 20, 2019. Now, it’s time to take a closer look at what the Kia Seltos will bring to the table when it is launched in the coming months.

As the latest Kia Seltos pictures have revealed, the production version remains largely similar to the SP Signature concept (revealed at the 2019 Seoul motor show) in terms of design. Replacing the Signature’s small, fancy-looking mirrors are bigger units and the 19-inch alloy wheels have made way for 18-inch wheels wrapped in 225/45-section Kumho tyres, even though the design of the dual-tone alloys remains the same.

Dominating the front end is the bold ‘Tiger Nose’ grille sitting between sharp-looking LED headlights, which appears to be connected by a LED light bar atop the grille. The Kia Seltos sports a contrast roof, slim LED fog lamps, pull-type door handles, a chrome strip on the A-pillar, a chrome-finished window line that rises sharply towards the rear, prominent roof rails and a chunkier chrome bar connecting the mildly reshaped tail-lights. 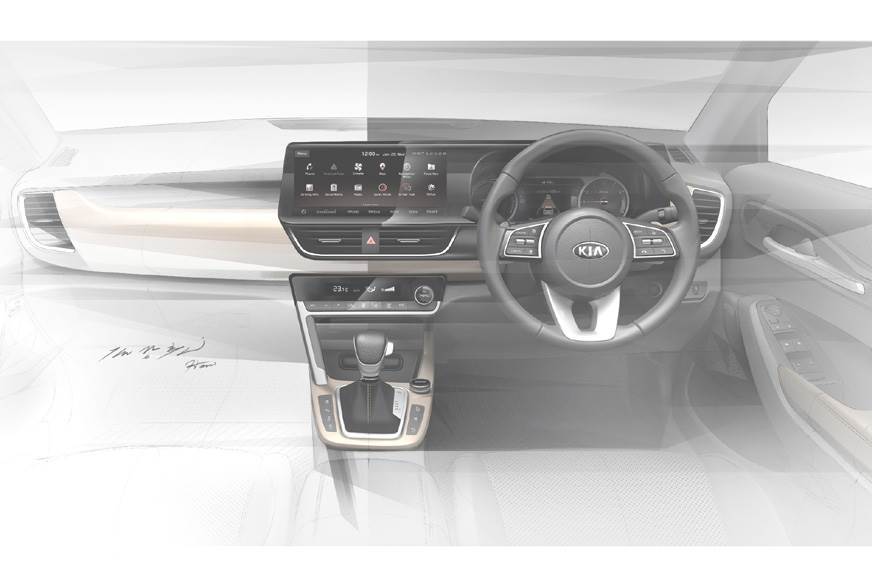 Teased recently in official sketches, the Kia Seltos’ dual-tone interior appears to sport plenty of mock wood, leather and aluminium. Present here is Kia’s signature three-spoke steering wheel that sports a light dose of brushed aluminium, and it could also be leather-wrapped. The steering wheel also gets controls for Bluetooth telephony, volume and cruise control. While the tachometer and speedometer dials appear to be analogue, the sketches confirm the presence of a large colour multi-info display too.

What will be part of the Kia Seltos’ features list?

Kia recently confirmed the Seltos will feature connected car technologies, something that has become popular of late by the Hyundai Venue and the MG Hector. Expect to see functions we’ve already seen on the Hyundai and MG – such as the ability to lock/unlock the vehicle and operate the climate control system using your smartphone – offered on the Kia Seltos.

The Seltos is set to get a handful of segment-first features as well. In addition to a widescreen 10.25-inch touchscreen infotainment system and LED mood lighting, the features list is likely to include a 360-degree camera, wireless charging, push-button start and in-car WiFi. A head-up display will also likely be on offer on the top-spec variant.

What will be the Kia Seltos’ engine options?

At launch, the Kia Seltos is expected to come with a 1.5-litre petrol and a 1.5-litre diesel engine. Both engine options are likely to be BS-VI-ready, but could be BS-IV-compliant at launch. They will be available with a choice of manual and automatic gearboxes, and Kia is even said to be working on a sportier variant of the Seltos, with a 140hp, 1.4-litre turbo-petrol engine paired to a 7-speed dual-clutch automatic gearbox with paddleshifters.

Another interesting point gleaned from the latest spy pictures is that the Kia Seltos sports the T-GDi and 4WD badges, which indicates there will be a turbo-petrol, four-wheel-drive version on offer in some markets. One of the interior sketches Kia revealed recently revealed what looked like a drive mode selector with ‘Off-Road’ marked on top of the dial, which indicates the Seltos will also have a certain degree of off-road ability.

How much is the Kia Seltos’ price likely to be?

When it is launched in the months following its India reveal, the Kia Seltos’ price is expected to be in the range of Rs 11-16 lakh (ex-showroom). At that price point, the Seltos will rival the Hyundai Creta, Nissan Kicks, Renault Captur, Tata Harrier, the lower variants of the Jeep Compass, and the upcoming MG Hector.

What about the Kia Seltos excites you the most? Let us know in the comments.